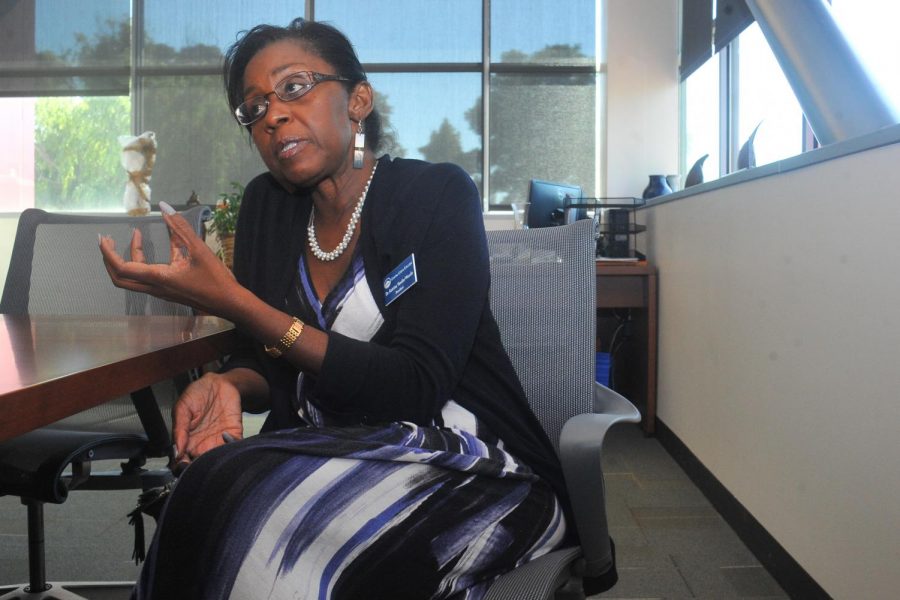 In the midst of the #MeToo inspired backlash from the campus community, Contra Costa College President Katrina VanderWoude announced her decision Friday to discontinue the search for a vice president of student services.
The cancellation comes after the nationwide hunt exposed flaws in the district’s hiring process.
Along with terminating the search for VP of student services, VanderWoude also canceled the search for VP of student affairs.
Both searches were being done simultaneously.
“This is not an easy decision as these are critical positions for a campus that has experienced significant changes in leadership over the past few years,” Dr. VanderWoude said in an email sent out to faculty and staff Friday evening.
The email read in part, “With respect to the process, what I can say is that our district’s current processes were followed — even with additional advertising to assure a diverse candidate pool.”
The process, which consists primarily of application and resume screenings, turned up five finalists of which two carried with them backgrounds of domestic violence and sexual harassment.
“Both searches garnered a diverse pool of qualified candidates and both search committees worked tirelessly to screen and interview applicants,” VanderWoude said via email. “With that said, there is always room for continuous improvement for any process.”
Once the five finalists’ names were released, it wasn’t long before faculty, staff and students took to Google and discovered the shocking backgrounds of Dr. Howard Irvin and Dr. LeRodrick Terry.
However, due to the confidentiality agreement surrounding the hiring process, this second-hand information only penetrated the campus community. The discovery drew questions of transparency among faculty, staff and students because it was seemingly not taken into consideration by the President’s Office.
VanderWoude wrote, “Honestly, of particular concern is the extensive public misinformation and attempts to inappropriately influence the process, well before any decisions were made, which has compromised these recruitments.”
CCC United Faculty Vice President Jeffrey Michels said, “I think that some faculty were disappointed that the email seemed to suggest that the searches were canceled because a lot of misinformation was shared.”
“I’m not sure whether that’s the whole story, but more importantly, I think it was unclear to faculty what was misinformation — so it was a little bit frustrating.”
He hopes the administration will have a dialogue with faculty and staff members who were most concerned with the outcome of the vice president of student services search.
“The sensitivity to the issues is obviously why there was a big public outcry,” Michels said. “I very much hope that there will be more dialogue about the process and very specifically, if the president feels that was some misinformation being spread, I hope she will address that more with individuals.”
Michels, who is also a CCC English professor, said he doesn’t know the details of either candidates’ backgrounds and was only made aware of the terminated VP searches via VanderWoude’s email.
“I think people’s concerns were quite legitimate and I wish that there was a better process for airing those concerns out,” Michels said. “As we communicated to the district, I do think that it does make sense in our process to do some kind of background check before we invite candidates to public forums.”
Currently, a candidate can be chosen for the position even before a criminal background check is conducted.
Michels said if a situation like this comes up, people should ask questions before the finalists are invited to the college.
And before people learn something by Googling, which creates a strange public situation.
“Katrina (VanderWoude) kind of said background checks are a future step,” he said. “But once you make someone’s name public, it’s easy for anyone who wants to do a background check of sorts, to do so.”
After all that’s transpired, faculty and staff still have questions about the process. Michels said some healing may be necessary.
CCC Associated Student Union President Alexander Walker-Griffin said knowing that the background of two VP finalists were littered with sexual and domestic abuse just didn’t sit well with him.
“I kept hearing the same concerns around campus from students and considering the climate we are in with the #MeToo movement, I don’t want students to be afraid while at Contra Costa,” Walker-Griffin said.
After a brief meeting with students Thursday afternoon, Walker-Griffin wrote a letter to VanderWoude, which he slipped under the door of the executive offices in the Student And Administration Building.
“I have heard the concerns of my constituents, which is why I strongly urge that the college does not select either gentleman to be second in command here at Contra Costa,” Walker-Griffin said in the letter. “I would not want the many women and the student body as a whole here on campus to feel unsafe.”
Walker-Griffin said search committees should be more diligent while screening applicants, digging into their backgrounds.
In the campuswide email, VanderWoude said that she would follow up with the college community to discuss how she planned to handle the recruitment of these two positions moving forward, which may include taking a longer pause and/or bringing interim leadership on board.