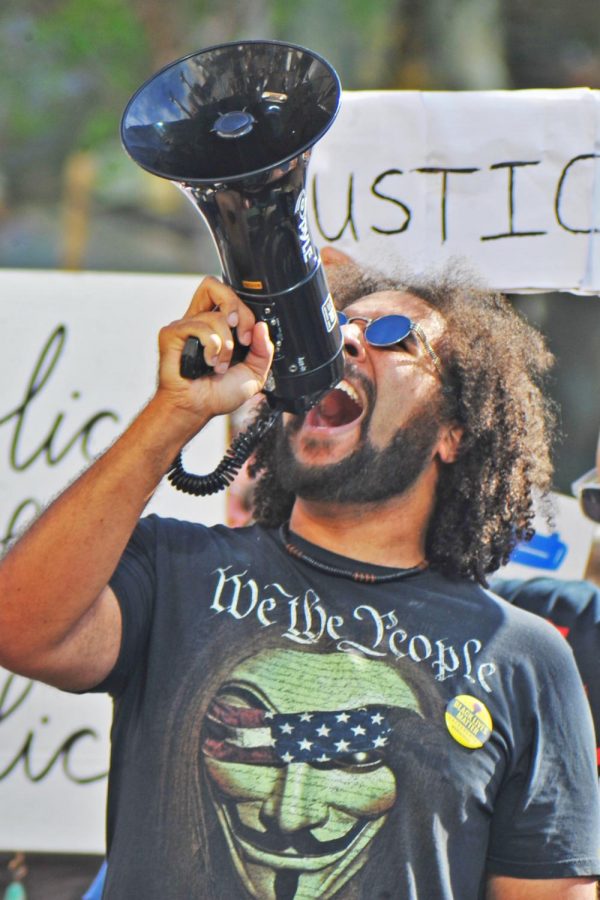 California and the Bay Area, specifically, is the birthplace to an infinite of number of activist movements and figures representing various causes.
Through time, consistent injustices between government officials and their constituencies have persisted, beginning with the removal of Native American people from their California homes.
Similar struggles still exist, ranging from the eviction of 94-year-old Lela Madison from her home in Richmond, to the separation of undocumented Oakland nurse Maria Mendoza-Sanchez from her family after her deportation.
For some activists, taking to the streets to march in protest serves as a form of therapy and community healing.
Enormous events, such as the Women’s March in Oakland staged the day of Donald Trump’s inauguration, offers the collective community a chance to express their anger and gather government officials’ attention.
However, in many cases, the disconnect between government officials and the public hinders progress.
West County Wastewater District Director Cheryl Sudduth said the public has trouble holding officials accountable because of the way the political system is set up.
Sudduth recognizes the emotions the public feels when injustice occurs and that brings them out to the street. But for many it ends there.
“We (the community) fail to follow through with actual change,” she said.
Kat Brooks, a long-time prominent activist in Oakland’s Anti-Police Terror Project, announced her bid to run for mayor of Oakland this past election.
Although she did not win against current Mayor Libby Schaff, she announced via Twitter saying, “I’m running because, for far too long, the voices and needs of working-class people living in Oakland’s lowest income communities have been ignored by city hall.”
Brooks travels throughout California, leading marches and protests.
Although her perseverance is strong, she said, “I acknowledge marching and protesting is taking too long and we need to make a change now.”
Some in the community see politics as a dead end and hard road.
Instead, they focus their efforts toward specific communities and specific problems.
Centers like the Ryse Youth Center target a majority of Richmond’s at-risk youth population. The Ryse Center takes a long-term look at its community and aims to teach youth leadership and artistic skills while addressing personal trauma in a welcoming environment.
Recently, Ryse Center youth painted a mural for the Richmond Arts Center titled “Keeping Families Together” as a piece promoting immigration, undocumented or legal, to the U.S.
Artist Shavase Shine said, “The mural as a whole shows that youth can do a lot. The youth are the biggest contributors to our future and people should pay attention to that.”