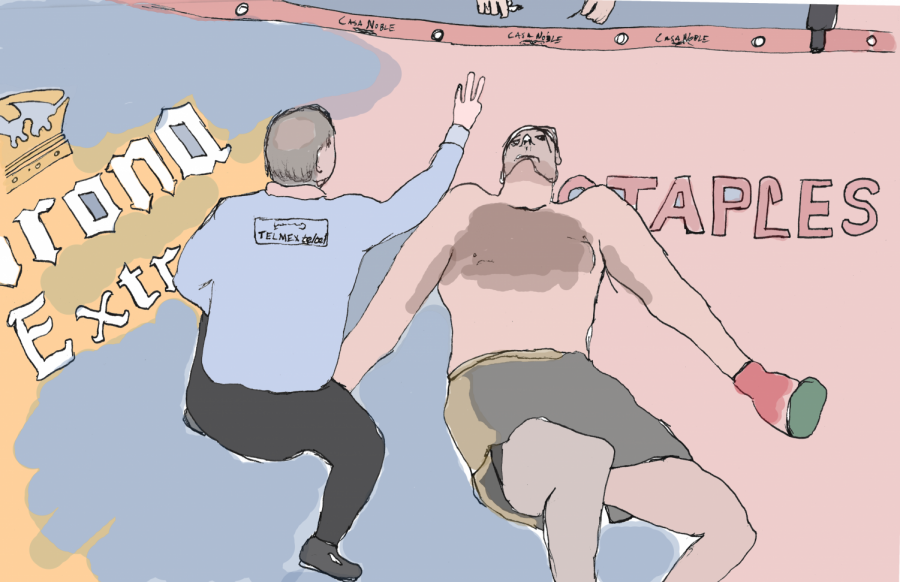 Tyson Fury and WBC heavyweight champion Deontay Wilder each had one mission going into the 12th and final round of their championship boxing match on Saturday.
For Fury, it was to stick and move and avoid Wilder’s dynamite right hand and cruise his way to a scorecard victory.
For Wilder, it was to land the one big shot to change everything.
Forty seconds into the round Wilder landed his signature right-hand sending Fury crashing to the canvas.
As Wilder began celebrating what seemed to be a knockout victory, Fury shockingly rose from the canvas to beat the referee’s 10 count.
The two undefeated fighters traded blows the rest of the round to end the fight, leaving it up to a judge’s decision.
As they say in sports, “someone’s zero must go.”
The buzz generated, by what could go down as a contender for fight of the year, was quickly dampened once the fight was declared a split decision draw.
Excitement turned to anger directed toward bad officiating.
The 115-111 scorecard in favor of Wilder was particularly egregious. A 115-111 difference is a considerable margin of victory declaring Wilder the winner in seven out of the 12 rounds fought.
He did not win that many rounds.
Fury controlled the action and stifled the dangerous and predictable offense of Wilder.
Even though some of the middle rounds were close, giving Wilder every close round is indefensible.
Fury outlanded Wilder in total punches landed and power punches landed in 10 of the 12 rounds.
Several media outlets had the fight scored a draw based on the two rounds Wilder won due to knockdowns.
The vast majority of boxing experts had Fury winning the fight.
It feels all too often big fights are ruined by bad judging in boxing, which continues to further boxing’s negative perception as a corrupt institution.
People see it as a sport where judges are paid off by promoters in the interest of marketing rematches.
Friday night was another instance of an excellent fight that was built up for years being overshadowed by the decision of judges no one knows — or cares about.
While some people may argue that a controversial decision boosts the hype for a rematch, the numbers don’t typically line up.
The last time a big fight was marred by bad judging occurred in a similar situation between Saul “Canelo” Alvarez and Gennady Golovkin.
Both fighters entered the bout undefeated after years of build-up, however, a pathetic 118-110 judge’s card in favor Alvarez contributed to the fight being scored a split decision draw.
After a dark cloud was cast on the fight from the bad decision, the rematch failed to outdo the previous pay-per-view totals.
Alvarez’s victory in the rematch on Sept. 15 reportedly had 1.1 million pay-per-view buys, which failed to top the first fight’s 1.3 million subscriber total.
This trend seems to be the case for boxing’s unjust decisions that supposedly inspire rematches. Timothy Bradley’s rematches against Pacquiao each had increasingly worse PPV numbers.
Many people feel the decrease was due to the bitterness felt after the first fight’s controversial favoring Bradley.
Rematches only generate greater excitement than the first fight when the hype isn’t manufactured by controversial judge’s decisions or promoters forcing the issue.
Take Floyd Mayweather vs. Marcos Maidana as a relatively recent example.
Mayweather clearly won the first fight, however, Maidana took the fight to Mayweather more than anyone was able to since the Jose Luis Castillo fight.
His effort sparked genuine excitement to see if given another chance, could Maidana shock the world by taking a victory in the rematch.
The rematch wasn’t forced, instead it was organically driven by fan interest.
The result? 25,000 more pay-per-view buys and a $15 million gate.