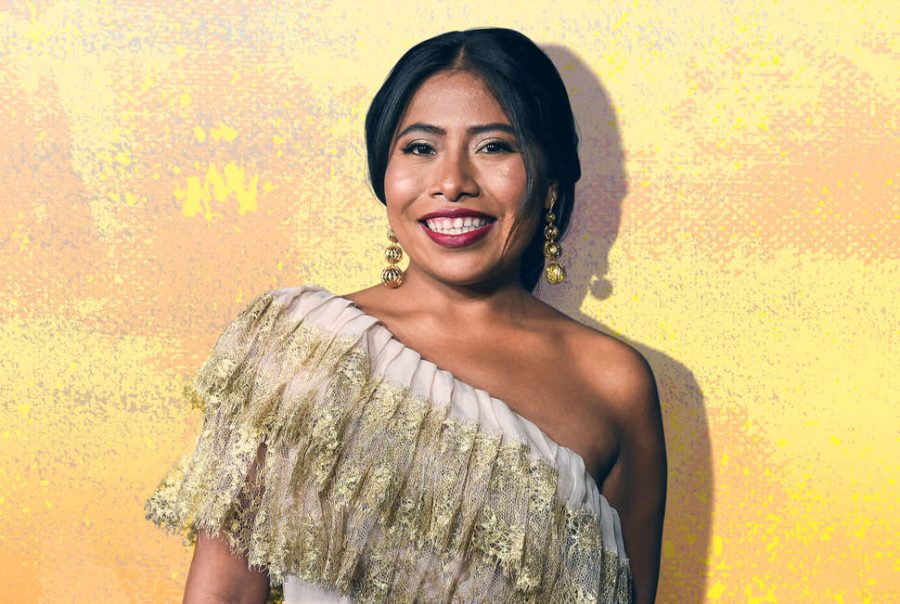 While most people who watched the movie “Roma” agree that director Alfonso Cuarón transformed a simple storyline into a masterpiece, many of them won’t hesitate to add “but” into headliner Yalitza Aparicio’s success.

Even though Aparicio managed to execute an award-winning performance without any previous acting experience, the world is seemingly not ready to welcome her indigenous roots into society.

After news outlets made her nominations public, the actress had to face the backlash of Mexican women who felt unrepresented by her short height and dark skin.

One only has to read the mix of reactions on social media, especially those about her looks, after Aparicio appeared on the covers of both Vanity Fair and Vogue magazines.

Most people agree that her mestizo beauty is astounding, but she seems “off” when held to the standards of the creators of designer garments.

While dark skin and black hair are characteristics that resemble most Mexicans, tall, skinny and blond women are considered the standard for beauty in Mexican society.

Nobody seems to have an issue if Aparicio wears a pleated apron over a modest dress, but if she wears a $3,000 gown, she has to endure comments such as “Aunque la mona se vista
de seda, mona se queda” (Although monkeys are dressed in silk, monkeys remain).

It is not a coincidence that Dior garments don’t accentuate her curves because fashion designers don’t take her body type into account when they produce the latest trends.

They can’t generate the revenue that would attract designers’ attention. According to an article published in 2016 on globalamericans.org, “Latin America’s indigenous peoples lag behind their non-indigenous counterparts regarding poverty, health care and access to justice.

“For example, 43 percent of indigenous people live in poverty (surviving on less than $4 a day) while only 21 percent of non-indigenous survive on the same meager earnings in Bolivia, Brazil, Ecuador, Guatemala, Mexico and Peru.”

The lack of guarantees for the indigenous population in Mexico creates a hostile environment where indigenous women are easy targets for slavery.

Often, they are hired by middle class families and end up working without pay or health insurance.

Mexican people complain about the discrimination they have to endure from other ethnicities, but in contrast, they don’t respect their own ethnic groups.

They enslaved them, denied many the most basic rights and they slash their moral if they dare to thrive outside their native communities.

We as society are not prepared to see indigenous Mexican women outside the kitchen, however, Yalitza Aparicio is paving the way for women from other minority groups.

The fact that we don’t understand their beauty doesn’t mean that they are not beautiful. If they are managing to thrive with the little resources that we give them, let’s not make their lives any harder.