Editorial: Fresh start for everyone 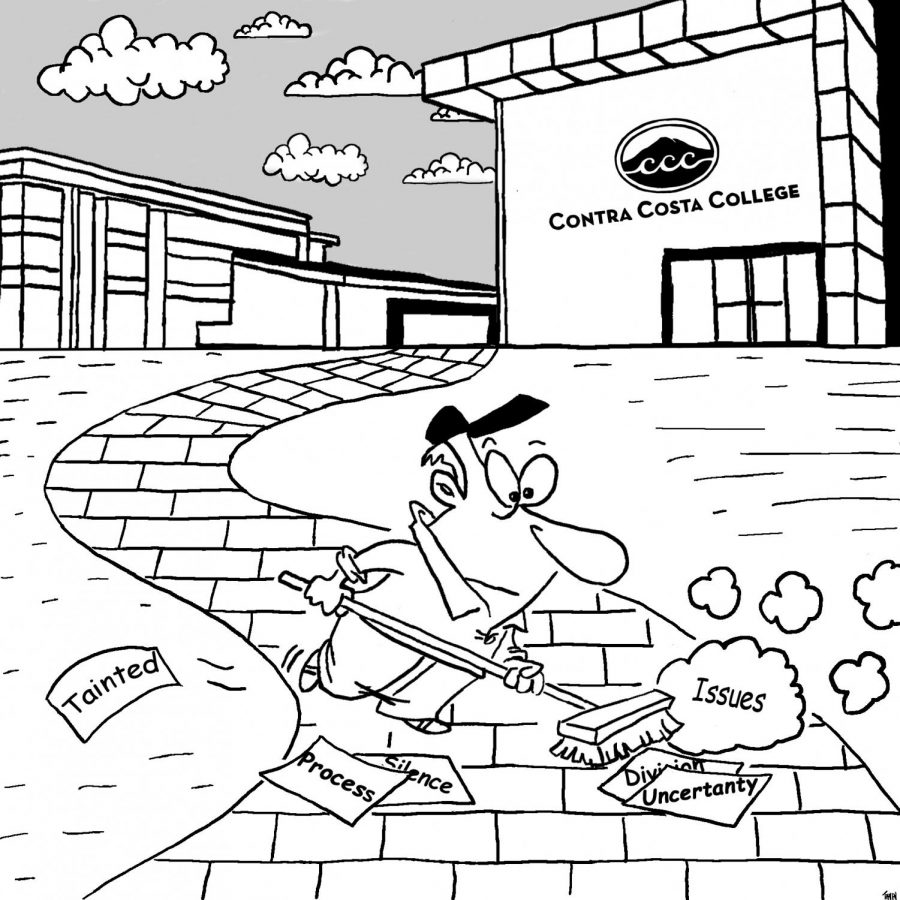 For students and members of the Contra Costa College campus community, the fresh start that accompanies the beginning of a semester is a welcomed opportunity to re-write the wrongs of semesters past.

If the saying is true, that each beginning comes at the expense of some prior beginning’s end, then the rocky start and subsequent turbulent ending that defined the fall 2018 semester can be seen as teachable moments rather than a harbinger of things to come.

Though some of the more prevalent problems that marred the previous semester were self-inflicted, much of the uncertainty that accompanied the term was out of anyone’s control.

With a semester-long Liberal Arts Building demolition project as a backdrop and the dust and deafening noise that accompanied it, CCC’s fourth president in as many years, Dr. Katrina VanderWoude, was tasked with managing the college’s structural and administrative makeover.

More importantly, she was charged with reaffirming the Contra Costa Community College District path forward would serve not only state funding metrics, but everyone in the campus community — an idea many had increasingly been losing faith in.

However, with the Camp Fire, the most deadly wildfire in state history, prompting a 10-day campus closure Nov. 15-25 and multiple weeks of unsafe breathing conditions, maintaining any sense of campus continuity would be an exercise in futility.

The fire, which raged from Nov. 8-25, blanketed the campus in smoke and suffocated much of the new breath-of-life earned through the presidential hire. Dr. VanderWoude’s task of correcting past mistakes committed by others is hard, however, trying to do so through a natural disaster, construction inconveniences and a justifiable skepticism toward district-backed initiatives is next to impossible without problems.

Alone, any of the circumstances would be manageable, but handling them concurrently would be a monumental task for anyone.

Tension, driven by administrative uncertainty and a poorly defined district plan to correct it, was already nearing its peak prior to the beginning of last semester.

The strain was exacerbated by the questionable process that yielded sub-standard candidates for two administrative positions on campus.

Consequently, hiring for both positions was removed from consideration and the process to find more suitable applicants was delayed.

Until a decision is solidified, two interim selections have been named to fill the open positions.

“At this point we will likely have our interims well into November, which allows us to conduct a search in mid to late summer. That’s the plan at this time,” VanderWoude said.

In life, change is inevitable and as Contra Costa College transforms its 1950s era shell into a modern college campus, a unified idea of how best to support the community it serves is still attainable.

Still, because the campus community has been let down in the past, one of the most important foundations in the rebuilding process will be trust. With the hiccups and hurdles of last year in the past, hopefully our collective focus can return to seeing the college veer back toward a path of moral, fiscal and academic prosperity.