JAZZ-ology one of six groups recognized nationally to perform at convention. 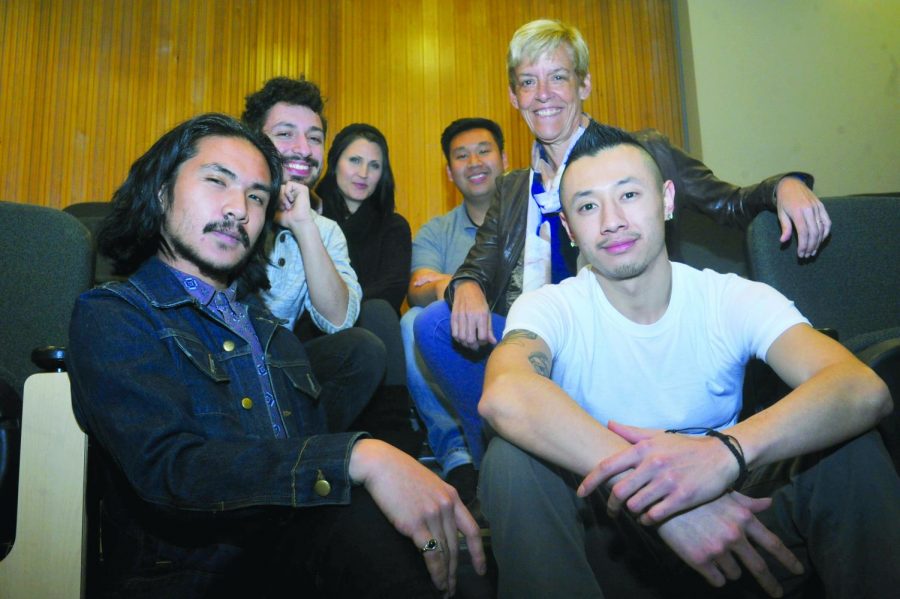 Beautiful horizons continue to shine ever more clear for the award-winning musical group from Contra Costa College following their performance for a national audience of fellow musicians.

JAZZ-ology was one of six groups selected to perform at the National Convention of Jazz Educators on the weekend of Jan. 10-12.

The group was previously passed over after requesting to perform at the event and was ecstatic to be chosen this year for the convention in Reno, Nevada.

The convention is iconic within the music education community.

“Everyone feels like a family when they walk in here,” alto/tenor one Joseph Saeteurn said. Part of their success comes from being an ensemble of six. Other educational musical groups are usually made up of more than 10 people.

In JAZZ-ology, “There’s a sense of intimacy which lets us bear our souls,” Saeteurn said.

Having a smaller group has allowed the ensemble to perform more diverse musical pieces. Performances at the national convention usually follow a certain kind of mold. Jazz-ology got to share a unique product from a Bay Area institution.

The musical selections available to the team are intrinsically more diverse. Pieces that JAZZ-ology perform come from the eclectic Bay Area jazz influences all around them.

With a tighter unit and fresher music, the ensemble deserved to be shared on a national stage.

JAZZ-ology traveled out with five faculty members and six students and took the stage with two accompanists at the performance.

The JEN conference is the first foray into the professional music scene for many students. It’s an event that has caught the attention of serious names within the industry and JAZZ-ology didn’t buckle under the pressure.

Instead, they gave a strong 50-minute performance showing their peers all their hard work and gained experience.

The group’s success has earned the praise of the entire music department. JAZZ-ology has become one of their proudest accomplishments.

Even while earning such high accolades, their achievements seem to lack some much due praise from the campus community.

The performance at the national convention was a solid showing, proving to other institutions that they are just as well-equipped as big name universities.

The program is now considered a great model of musical education and is revered by other students and schools.

Besides having to practice and hone their craft to such high standards, their travels do not come for free.

The team is in charge of its own fundraising as well.

“We work hard throughout the year fundraising towards our goals,” lead soprano Natasha Singer said.

It is a task that the music faculty is entirely aware is intensely difficult. The staff aids their students in actually raising large funds and this last year they did more than a great job.

The experience has provided a learning opportunity for the members.

Their experience in the group is the same that would be garnered by other professional musical groups as well.

They also get to perform some commissioned instrumental jazz arrangements. Pieces like those are what enabled the performers stand out from the more traditional Choral ensembles.
Being selected as one of six groups for the national conference shows just how much talent Contra Costa College has in house.

The music department has taken part in creating something quite special. Even within the national pool, Jazz-ology stands out as a special exception.

“The campus could notice us more,” baritone Jesse Chao said when asked whether the community is aware enough of their achievements. Jazz-ology is a nationally accomplished vocal group coming out of a community college outshining some groups from four-year universities.

For such a high achieving, even remarkable track record the campus at large is yet to recognize them as such.

When the group performed at All College Day, it was the first chance many faculty and staff had to listen to their melodies.

For some people it was their first time hearing of us, Singer said.

Adventures still await the team as they continue sharing their musical pieces. Their next destination lands them in a tour across the Atlantic Ocean into Europe.

JAZZ-ology will be sharing their talents across continents this year.

The team is excited to explore France and to perform for a whole new crowd.

“(We will be) spending 13 days in June doing seven gigs,” Chao said.

Under the guidance of music department Chairperson Stephanie Austin, the ensemble will bring some of the most exceptional vocal jazz.

Looking forward to their trip, JAZZ-ology is getting ample time to prep before their big overseas mini-tour.

The spring semester has a few performances scheduled state side as well.

By the time their trip in France comes around, JAZZ-ology will be in peak condition.

On March 2, JAZZ-ology will be performing at the Columbia Vocal Jazz Festival in Sonora. Their next performance will take place on May 17 at the group’s CD release and Jazz Vocal Gala in the John and Jean Knox Center for the Performing Arts.

Their last scheduled performance for this semester will be during Jazz Voice at La Strada Italian Restaurant in San Pablo.