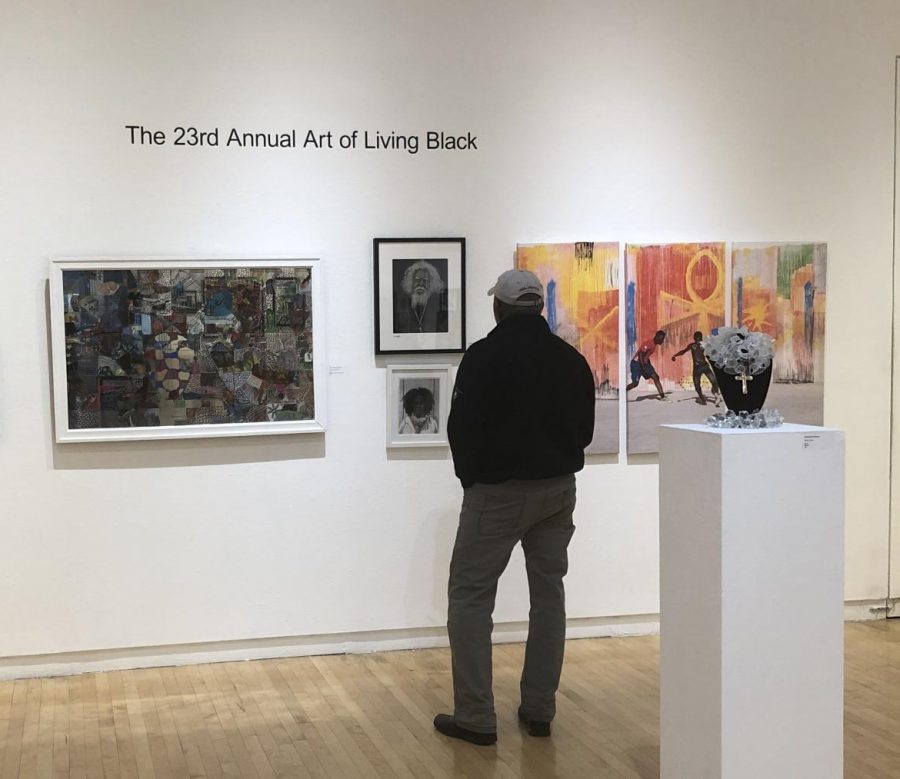 RICHMOND — As Black History Month continues to inspire hearts and minds, the Richmond Art Center pays tribute to African-Americans in the Bay Area with its annual “Art of Living Black” exhibit which opened Feb. 9 and runs through March 3.

The 23rd Annual “Art of Living Black” exhibit presents over 100 works at the center.

The event, co-founded by Jan Hart-Schuyers and Rae Louise Hayward, is the longest running expo of its kind in the Bay Area to support emerging artists and their work.

Founded by local artist Hazel Salmi in 1936, the Richmond Art Center plays a role in restoring and explaining the African-American culture and the effect black art has on the community.

“It’s bringing a new perspective, a perspective that other people may not have,” customer service coordinator of the Richmond Art Center Jessica Jordao said.

True artistic depictions of African-American culture have not been visible in the area in recent years, Jordao said. With the increase in crime rates and decrease in economic aid in the Bay Area, black culture, in recent years, has been defined by outside influences.

As the East Bay expands and diversifies, the Richmond Art Center continues to address and focus on the importance of preserving African-American culture.

“The community which I come from was once the poorest city in the bay,” artist Randy Babb said. “There were no outlets and art was not a part of the community. All creative discipline had been all taken out of schools. So the arts are highly needed.”

According to Babb, throughout the years there has been a loss of inspiration and social interaction when it comes to the black community. With creative discipline diminishing from the area, it became hard to preserve the culture and black history seemed to die out as well.

The Richmond Art Center and the “Art of Living Black” event re-emphasizes that Black History Month continues to provide for the community, he said.

From enslavement of the black body to white supremacy and racism that surfaces and shapes today’s society, the art presented showcases the struggles of the African-American race.

“The Richmond Art Center does a good job of explaining artwork to the community,” Phillips said.

The art presented at the event enriches the lives of African-Americans and acknowledges not only the hardships and struggles of enslavement and racial inequality, but also the traditions, garments and music that have been passed on through generations.

“Art is important to me because it allows me to use the creative part of my brain,” Babb said. “Showcasing the art is a way for me to express my views to the world in a sense. To share an idea through an image and or create conversation based on the visual impact a viewer may have.”

Art also has the ability to spark conversation and to address issues, such as African-American history.

Jordao said, “It’s a good way to become more aware of different perspectives and different backgrounds and the different power that black people have.”