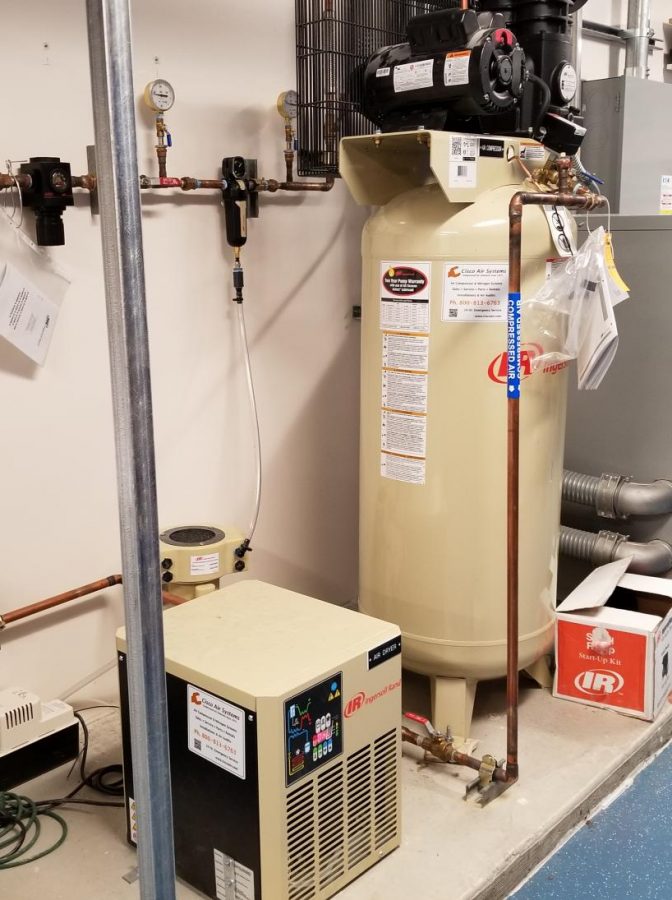 An overheated transformer caused evacuation havoc on Feb. 13 after fire alarms were triggered in the Applied Arts Building.

Around 3:30 p.m. that day Police Services was alerted to an active fire alarm in the AA Building. A transformer located next to an air compressor in an upstairs storage room of the nursing department reached a temperature of 140 degrees Fahrenheit, which activated the alarm in the building.

“The fire alarm panel told us which room it was,” Buildings and Grounds Manager Bruce King said. “So we went in there and it was quite warm. We opened the curtains and (let) the outside air into that room. It cooled the room down and got (the temperature) to a comfortable 70 (degrees).”

A couple of months before the incident, the same transformer was covered by a Contra Costa College contractor cutting the air circulation necessary to the proper ventilation of the device.

To support the nursing skills lab, there are several pieces of equipment, two of which are the transformer and compressor.

Interim Vice President of Student Affairs Susan Kincade said, “The compressor was making a loud noise, so it was decided that a sound barrier should be built around it so students could do what they need to do in the skills lab (without distraction). So, they put the barrier up.”

This compressor turns on every day, all day, and when it releases pressure it makes a loud noise that disturbs the people who are working around it.

Nursing Program Director Sandra Castillo said, “The compressor turns on every five minutes. We got used to the noise, but it is loud. (The noise) doesn’t really affect the classes because it is in a storage room, but it scares (whoever) is in the room.”

Once the overheated transformer got too hot, a fuse cut the electricity supply preventing the transformer from catching on fire, Kincade said.

“There was a lot of concern that students may be in danger, but when the fuse went, it shut the machine down,” she said. “It was confirmed that the transformer is viable in temperatures up to 300 degrees. That means (its temperature) could have gone as high as 300 degrees without burning.”

King said planning of the storage room where the generator is located wasn’t done correctly because it lacks an opening for proper ventilation — a factor that contributed to the overheating of the transformer.

Castillo said, “The (storage) room is always hot regardless of the sound-proofed wall. It was hot and it took months before the room got hotter.”

Even though it was later confirmed that students were not in any danger, the entire AA Building was completely evacuated after the alarms were activated.

Since the building was inaccessible after the incident, evening classes were moved to different classrooms around campus. Sign were posted on building doors directing students to their temporary classrooms for the night.

Kincade said, “At 5:30, I made the call. I said, ‘We’ve got to re-locate the classes in classrooms in other buildings because we don’t want students in and out of the building.’ By then everybody was out and the building was locked down for the night.”

The AA Building was re-opened in time for morning classes and even though all activities were resumed, the building remained under police surveillance for the rest of that day, Feb. 14.

On Feb. 14 Police Services officer Sergio Paez said, “I’m here to make sure nothing goes wrong after the alarms went off yesterday.”