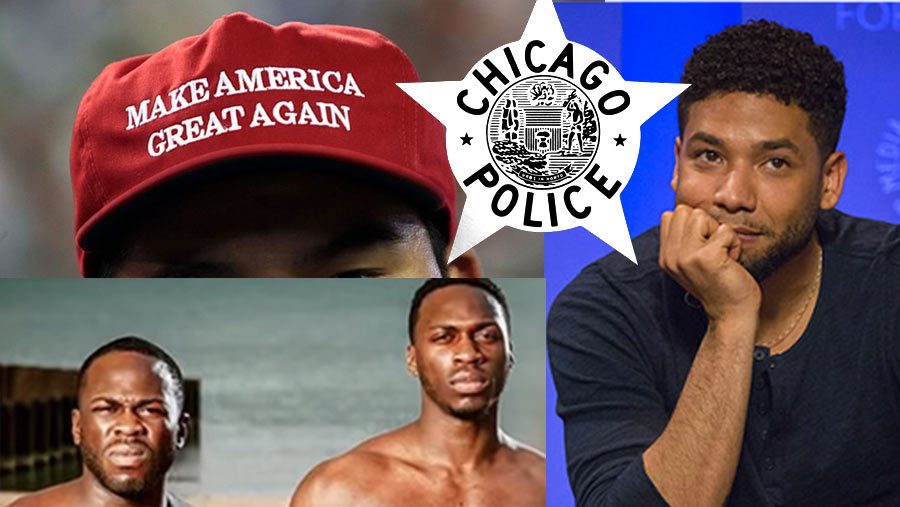 Too often when individuals of the LGBT and black communities find themselves at the center of negative attention, the whole community seems to suffer the consequences.
When one individual’s actions become the catalyst for scrutiny and skepticism, the progress made to advance these communities becomes tarnished for the whole with a guilty by association label pinned to the lapel.
Although it may be innate to affiliate each person with their entire community when shed in an unsavory light, it does nothing but re-open a wound of vulnerability that staggers its social acceptance.
Such is the case for Fox’s “Empire” actor Jussie Smollett, who made headline news last month after falling victim to an alleged hate crime.
According to Smollett, two men shouting racial and homophobic slurs approached him, poured an unknown chemical substance on him and wrapped a noose around his neck as he left his Chicago apartment on the night of Jan. 29. Smollett, who is an openly gay black man, claimed that a week prior to the attack he had been on the receiving end of an anonymous letter.
A frenzy followed, as media outlets speculated and the public took to their social media platforms denouncing the hate crime in full support of Smollett.
However, over the course of the month-long investigation, the persons of interest shifted from two American-born Nigerian brothers, Ola and Abel Osundairo, to Smollett himself, who seemingly paid the men to orchestrate the attack.
Backlash ensued once the public caught wind of the hoax, as sympathy turned to outrage for the boy who cried wolf.
For Smollett, the damage is done, that is his image and reputation is tarnished beyond repair.
And for what — a falsified hate crime for an increase in salary?
The repercussions, however, for both the black and LGBT community will linger like a bruise, targeting the voiceless as it heals from the inside.
The voiceless or ostracized, who may experience a hate crime, finally deciding to speak up, may be laughed away by the stigma of an individual’s selfish indulgence.
Regaining this footing to continue fighting for progress within these two communities, which disproportionately experience hate crimes on a daily basis, will be a struggle, especially given the heightened political atmosphere.
In fact, according to a 2017 FBI report, there has been more than a 17 percent rise in hate crimes across the U.S. and, for the third consecutive year, the number of hate crimes has increased.
The annual report shows that of the 8,493 victims who filed an incident, 58 percent were due to race, while 15 percent were due to sexual orientation.
Although it may seem funny that a well-known celebrity would stage a hate crime against himself, the truth is it’s no laughing matter. When you begin to examine the pieces, Smollett, who was breaking barriers as one of just a few openly gay black men starring on prime-time television, you begin to see the disparities that come with being just that — a gay black actor.
Long after Smollett’s 15 minutes of fame have passed, the LGBT and black communities will still be reeling with trepidation.