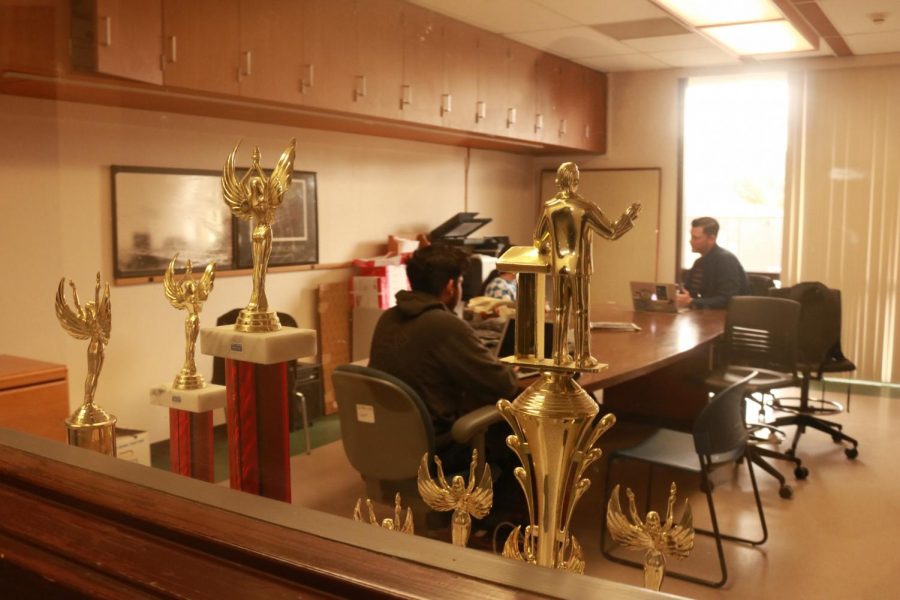 Any college campus is brimming with potential and excellence, but a hallmark of true greatness is delivering it consistently.

The Contra Costa College speech team is preparing for its next competition on a national stage March 22 on the heels of an invigorating experience at a regional competition.

The Northern California Forensics Association (NCFA) Spring Championship raised the stakes for the speech team, inspiring many of their students to achieve even higher goals.

“We did really well as a team (at the regional competition) all things considered,” speech team captain Shreejal Luitel said.

The competition consisted of teams from UC Berkeley and Cal State-Chico, among other colleges.

“Teams tend to send members there for multiple years” he said. “For us, it’s everyone’s first time this year in speech except for me,” Luitel said.

Everyone tried their best and considering their experience, the result was very positive, he said.

“We tend to look at it from an optimistic perspective,” Luitel said. “We’ve just seen high quality speeches back-to-back and I feel that is only going to motivate us.”

With only a month left to prepare for their national tournament, the speech team is working on a tight schedule.

“We are adopting a new strategy with metric-driven goals for each member to see how much time they can allocate weekly to speech,” Luitel said.

The hope is, by organizing their time efficiently, the team can produce the best pieces possible within the month.

A healthy amount of pressure and excitement was how communications major Sydney Alex remembers her third tournament with the speech team.

“The competition just got better,” Alex said. After going to some of these events, students can see “the way in which they’ve developed,” she said.

From edits to omissions, small changes add up and create a significant impact on their performances, she said. While still unsure whether she will attend nationals this year, the experience was still an impactful one, she said.

For some students, it was their first experience with this kind of event and the performances even moved some students to tears.

CCC student Kelana Ranganath came along with the speech team to serve as a spectator for the event.

“There are a lot of moments when you just realize the talent that people have to put together in these pieces,” Ranganath said. The amount of detail and effort that goes into their speeches is inspiring.

“I remember sitting in the poetry (competition) and I had to look away because I would’ve just started crying,” Ranganath said.

The speech team will be holding an evening showcase, dubbed Speech Night on March 21 from 5 to 6 p.m. in the Fireside Hall.