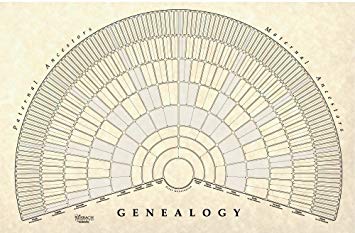 When I got my AncestryDNA results back everything I thought was my ancestry and ethnicity changed in the blink of an eye.

For my entire life, through my mother’s life and my grandmother’s life, we have always known we were Shoshone Indian.

I grew up being told and raised that I am Filipino, Irish, Portuguese, French and Native American.

When I got my results back, it said I am everything I was told, however, it also said other things I didn’t know of.

The one thing it didn’t say is I am Native American.

I am confused and don’t know how to feel about this new set of facts.

It said I am 48 percent English Wales Northwestern European and 15 percent Irish or Scottish. That result doesn’t sit well with me.

My whole life I’ve known I am Native American and have learned about all the cruel acts that happened to them at the hands of European settlers in the 1700s.

Knowing that my ancestors were part of this cruelty to Indians is a hard reality to face.

I get my European blood from mostly my mom and I get the 20 percent Filipino, with a random sprinkling of Portuguese, from my dad.  Some of the Irish comes from my dad as well.

The test also revealed I am 3 percent Korean and one percent Chinese, Italian, Greek, Finnish and Cameroon, Congo, Southern Bantu as well.  Between one and 5 percent of something isn’t much, but it is still in me.

In anthropology class I learned that we don’t get the exact genes of our parents. If that was the case, we would be carbon copies of them.

The DNA that we inherit is unique to ourselves.

We receive 50 percent of our DNA from each of our parents.

If we go back far enough, there’s a chance that we inherit no DNA from a particular ancestor.

According to www.ncbi.nlm.nin.gov, skin coloration varies partly due to the presence of pigmentation and because of geographic location.

Being that my skin pigmentation is darker than what my DNA shows, I have never been able, and never want to be able, to live the so-called life of “white privilege.”

I grew up in Elk Grove and the sad part about this city is the racism that is flung around like it’s the thing to do.

Growing up, I got racially profiled by my school teachers, faculty members and students.

I was horribly bullied for my weight and skin color.

I was called meat face because I have brown pigmentation. At the same time, I was told by teachers and faculty that I was going to end up as a low life on the streets.

From an early age, I was harassed by the Elk Grove Police Department for just walking down the street.

Because my ethnicity proves I am half white doesn’t mean I will ever be treated like it. I am perfectly fine with that because I am comfortable saying that I don’t want to be labeled by my ethnicity.

I am my own unique person who just wants to be accepted for the person I am.