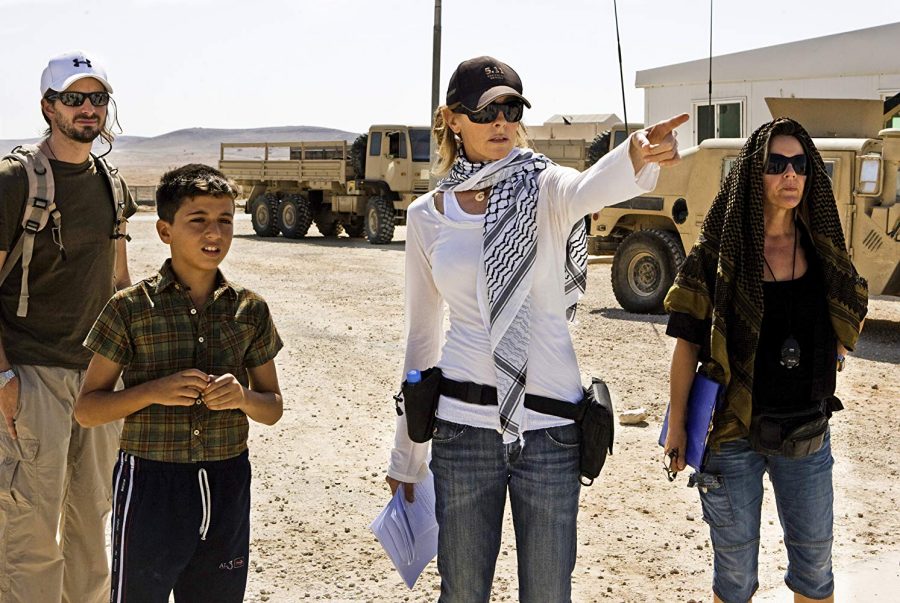 Kathryn Bigelow on the set of "Hurt Locker"

After countless A-list women in Hollywood, inspired by the solidarity of the #metoo movement, told their stories about the unfairness and sexual harassment they faced in the entertainment industry, women behind the camera have begun to speak out as well.

“Filmmaking has always kind of been known as a boys club,” fine and media arts department Chairperson Anthony Gordon said.

In today’s entertainment landscape, there is a stark statistic reflecting what some believe is the truth about gender inequality in motion pictures. Even though women make up 50 percent of theater attendance, less than 3 percent of the top 100 movies of 2018 were directed by women according to the Motion Picture Association of America 2018 Theme report.

Abeni Edison, who is yet to decide a major, is the only female in her film production class.

“I knew before signing up that this field was male dominated,” she said.

Edison said that didn’t discourage her at all.

“I liked YouTube videos and saw you could make money off them, so I wanted to learn how to edit them and just took the class. This is my second semester,” she said.

The Academy Award for best director has only been presented once to a woman in its 89 years of existence.

It was awarded to Katheryn Bigelow for the “Hurt Locker” in 2009.

Even then, it was after 30 years of making major motion pictures. Her first film was the short movie “The Set Up” in 1978.

“It’s just discouraging. Knowing that even if you’re good, you’re still going to have to deal with unfairness just because you are a girl,” Liz Mendoza, who has yet to decide a major, said.

Mendoza said she can’t recall any of her favorite movies that are directed by women.

“Out of all my favorite movies and shows, come to think of it, I don’t think any of them are directed by women — even the ones that are mostly about women,” she said.

It’s true, shows like “Good Girls” and “Orange Is the New Black” are shows aimed at females about females and written and produced by women.

But the directors, although they vary from episode to episode, are predominantly men.

With respect to breaking through filmmaking gatekeepers, Gordon said, “You pretty much have to kick the door in for yourself, especially when you are a female in the industry.”

He also said women generally do better in his photography class than men do.

“They definitely do better than the guys in the class and the number of women in the class has been rising over the past few semesters.

“It’s discouraging, but something has to change.”