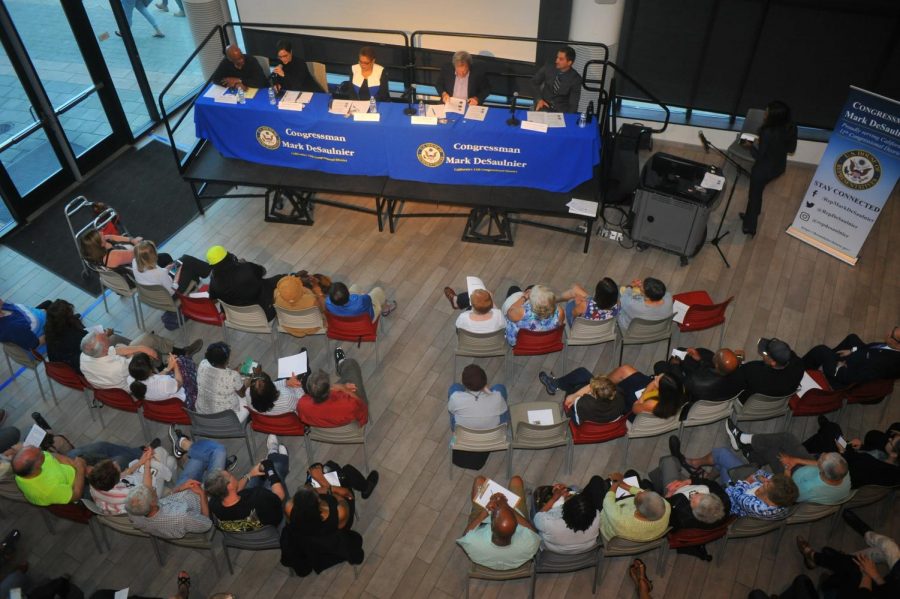 Anyone who’s taken the time to check the pulse of public opinion through any medium, word of mouth, media outlets be they mainstream, social, underground or otherwise, know that racial divisions have become an inescapable topic of conversation.

More often than not, these meaningless discussions fail to offer any tangible solutions to any of the problems that broaden our centuries-old continental rift.

However, it’s not for a lack of trying.

For decades marginalized members of society have protested, boycotted, sat in and were spit on in the name of bringing recognition to problems that were on the forefront of daily life.

Like most marches, protests or public displays of social messaging, the important information behind these actions rarely gets to the people who may need it most.

Rep. DeSaulnier and Rep. Bass also engaged the campus community at Contra Costa College some months earlier, however, this outing was to an area of Contra Costa County that is in no way synonymous with Bay Area diversity.

To the contrary, the area actually proves the Bay Area is not the idyllic cultural melting pot television leads everyone to believe.

DeSaulnier, who represents California’s 11th congressional district which includes most of this county, believes dealing with racial issues begins with conversation.

The event featured a panel-style discussion that included professors and thought leaders and was presented to a more mature, even more skeptical, crowd than would be assumed to attend a liberal-leaning discussion about race in one of the least diverse areas in the county.

The student dining hall served as a learning center as topics ranging from social equity to increased segregation were introduced.

This is in no way saying the people who attended the event needed to hear that information or are in some way a part of the problem. However, it is always interesting to know how a community responds to a message that can be interpreted as accusatory.

Recently, racial graffiti was left in a DVC campus bathroom and many believe discussions like these will help mend the understanding gap on district campuses, even if racial animus is running untethered in much of the rest of the country.

The problem appears to be a complete lack of trust.

Vulnerable students have empathetic discussions about race or gender issues with only a handful of trusted professors or counselors.

When incidents do occur, students are hesitant to report problems that make them feel uncomfortable if examples are not overtly obvious out of fear of inaction.

Because acts by campus administrators are usually reactionary measures, rather than ensuring that students feel safe, actions usually seem like a way to smooth things over instead of preventing them from happening again.