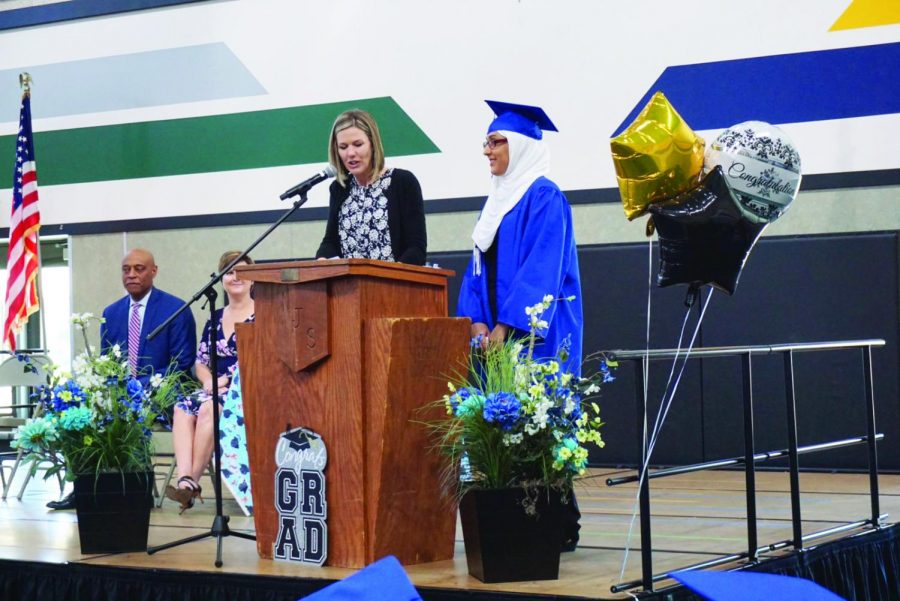 Hasna Alawadi is running for district student trustee and she is currently the Muslim Student Association's president.

The position mandates she has a say in the way the Contra Costa Community College District Governing Board thinks as a whole.

Alawadi would visit, listen and enact change in programs across the district as she would be the student voice for Contra Costa, Diablo Valley and Los Medanos colleges.

“It is at a district level position and I will represent more people,” she said.

Alawadi hopes to be elected as the student trustee for the district and help change the way the Governing Board sees education and how it is presented to students.

She hopes to work with programs that advocate for students to learn hands on skills that they are passionate about.

She also said she hopes to engage students in their departments through better outreach programs.

“My most important goals are to change the way we view education and the way it is presented to students,” Alawadi said.

She said she hopes to bring the “genius” out in everyone.

Philosophy professor Michael Kilivris has seen Alawadi as a leader in his classroom as Kilivris has taught Alawadi in three different philosophy classes.

Through all of them, Alawadi has shown to be responsible with her assignments and engaging in class.

“She is the model of a great student,” Kilivris said. During group projects she would share her well-thought-out ideas and would also be very receptive to what her peers would say.

“She is very curious about human life,” Kilivris said.

Alawadi was born in the capital of Yemen, Sana’a, in 2002. Living in Yemen gives her a wide multicultural perspective of the world, she said. Alawadi immigrated to the United States in 2010.

While living in the U.S., she saw how different countries can be.

One of those differences is the way people communicate, she said. When she was in fifth grade, she was an English as second language student.

She said her teachers were an big factor in helping her overcome the language barriers many immigrants face in the U.S.

The help she received from her teachers inspired Alawadi to pay her education forward to others.

“I came into it (public service) because of the effect I saw when people helped me,” she said.