Off the Record: 49ers stutter after rash of poor decisions 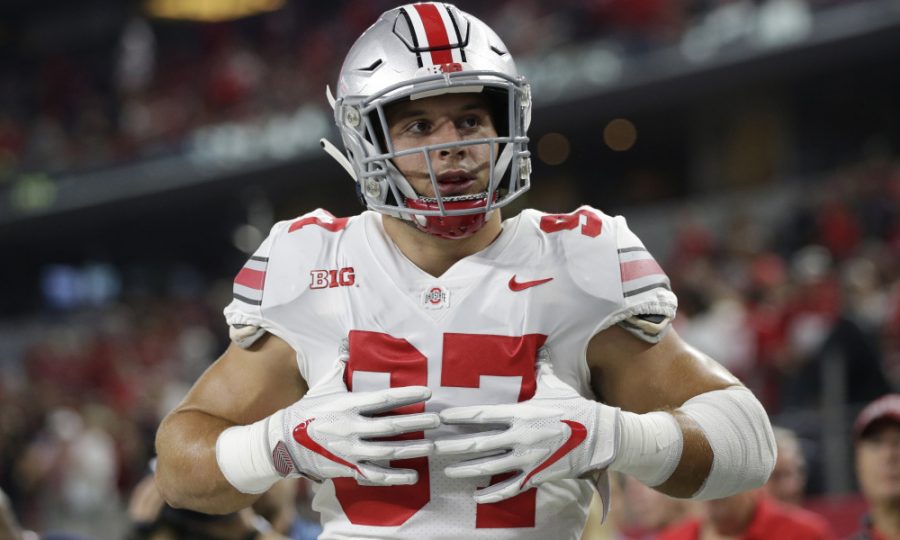 For many fans of the red and gold, the past five San Francisco 49er seasons have been hard to watch.

Since the mutual parting of ways between the team and then coach Jim Harbaugh and the opening of Levi’s Stadium, the 49ers have finished last in the NFC West with Jim Tomsula, and Chip

Kelly, but things have looked optimistic with Kyle Shanahan.

The San Francisco franchise had been trending downward since 2014, but in recent years, the team has shown glimpses of hope.

Losing doesn’t go unnoticed and neither should the questionable decisions made by the organization.

After a string of disappointing seasons, one-year coaches, the firing of General Manager Trent Baalke and a long interview process the 49ers signed their guys in coach Kyle Shanahan, (the son of

The first season of the new regime brought roster upheaval before and after the season.

This included the release of Colin Kaepernick, leaving no quarterback on the roster at the start of free agency.

The year 2017 was an improvement from years past, but one thing remained constant — losing.

The 49ers struggled to gain a victory, beginning the season 0-9 until Lynch was handed a golden ticket with the acquisition of New England backup quarterback Jimmy Garoppolo.

However, Garoppolo didn’t see the field until week 12 and led the 49ers on a five-game win streak

The 2018 season was supposed to be the year the 49ers took off and won its sixth Lombardi Trophy in franchise history.

The season took a turn for the worst in week three against the Kansas City Chiefs when Garoppolo tore his ACL.

The season was effectively done and the Niners were seemingly playing for a top draft pick.

Bosa became the subject of discussion after a rash of insensitive social media activity became public.

During Bosa’s introductory press conference, he apologized for any offense or harm he caused.

Bosa said he learned to from his mistakes and is ready to focus on football.

Niner President Al Guido said that the team didn’t consider Bosa’s tweets when they drafted him.

The standard answer is that it’s just football, but it’s not, it’s life and football is a way of life.