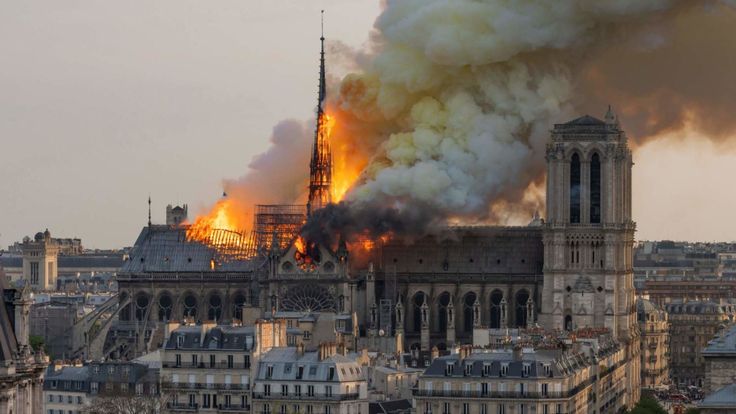 April’s fire at the Notre-Dame Catholic Cathedral in Paris, France was presented in the media as a global tragedy.

In a country where citizens are protesting financial inequality, the world’s richest religion received over $1 billion in donations within the first 24 hours after the Notre-Dame fire.

The world mourned and stood in solidarity with Notre-Dame.

Money continues to pour in from all over the world in an effort to try to help the church.

However, there are no deaths to mourn, and there are no innocent people who were hurt with serious or marginal injuries.

This was not a church burning fueled by hate like the near countless number of religious hate crimes which are committed every year.

Yet many of the world’s richest philanthropists have donated millions in a show of solidarity with parishioners.

The help and outreach the Catholic Church received highlights the moral depravity in the world. Since November 2018, citizens in France have been protesting their government and the financial inequality in their country.

They’ve expressed their displeasure with the ruling class by holding rallies attended by the tens of thousands in various cities across the country, including Paris.

Protesters wear yellow vests that are mandatory for French citizens to carry in their car and were chosen to become the symbol of the protesters.

The recent Notre-Dame fire donations sparked more protest and outrage across the country including in Paris, the site of the fire. Protest-ers argue that the money donated to the cathedral could be used to help offset growing inequality in their country.

The wealthy corporations that donated to the church in the millions could very well donate to the homeless shelters and to causes that could stabilize financially insecure public institutions.

The fourth wealthiest man in the world.

Frenchman Bernard Arnault, donated more than $226 million to Notre-Dame, according to The New York Times.

Global elites seem to turn the other way when inequality is raised as a problem, but seem to believe that donating such extravagant amounts of money to causes like Notre-Dame will somehow wash away their sins and bolster their reputations.

Notre-Dame is considered more than a church.

It is an artistic masterpiece that took 100 years to build. It is also a centerpiece of French history.

But what the fire relief effort showed the world, and French citizens, is that Notre-Dame is a priceless religious artifact worth more than the welfare of France’s marginalized communities.

In a world where citizens from so many countries are beginning to show their displeasure and resentment toward financial inequality, will morality ever outweigh the ego of those in power?