Leader steps down after negotiations 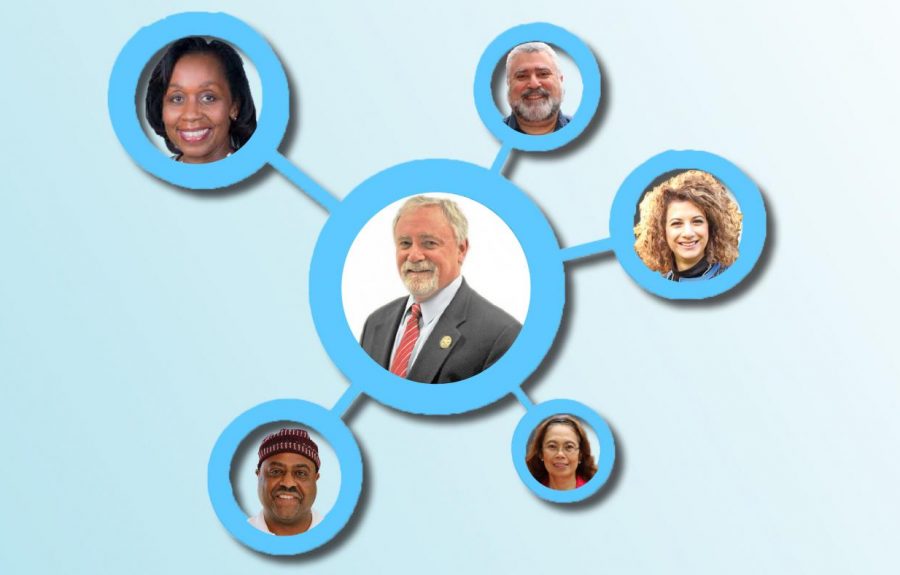 Dr. VanderWoude and her two interim vice presidents, Susan Kincade and Carsbia Anderson, were placed on leave May 29 pending an investigation of a personnel matter, district Chancellor Fred Wood said at the time.

Board Trustee Greg Enholm made a motion to accept the resignation agreement during a closed session of the board on Aug. 14 and Trustee Andy Li second it. Three board members, Vicki Gordon, Rebecca Barrett and John E. Márquez voted in favor of the motion.

Gordon, who serves as board president, said VanderWoude will receive a severance package that includes the continuation of her $238,212 salary and health benefits for 12 months, and the payout of $19,216 of accrued and unused vacation time, as required by state law.

“The board thanks Dr. VanderWoude for her service to the college,” Gordon said.

In an email sent Aug 14, Contra Costa Community College District Chancellor Fred E. Wood announced the administrative changes. According to the email, CCC Business Director Mariles Magalong will continue her role as the college’s acting president in the near term. Magalong, however, has a long-planned vacation abroad beginning on Aug. 23, so district Executive Vice Chancellor Mojdeh Mehdizadeh will step in while she is away or until an interim president has been selected and is on board.

Dr. Wood said in his email, “A committee of constituent leaders at CCC will be engaged to participate in a process to select an interim president. Please be assured that we understand the importance of having stability in leadership at CCC and we will work together to achieve that objective. We want to thank all of you who have kept the college moving forward during the past few months.”

While the Governing Board considered VanderWoude’s resignation as a step to move forward, this decision has divided the CCC community.

Manu Ampim, History, Anthropology, and Geography (HAG) department chairperson, said the decision only brings light to the problems of racism on campus.

“We are dealing with white nationalism, anti-black, and anti-Latino racism that takes place at the District Office and on the Contra Costa College campus,” Ampim said. “The lack of diversity and respected people of color here and in the District Office is still a problem. So none of that changes (with VanderWoude’s resignation).”

During a press conference held June 5 at CCC, the African American Staff Association (AASA) voiced its belief that the complaints made against VanderWoude may be unfounded and an attempt to exclude people from African descent from higher administrative positions.

“The (CCC) campus has been gentrified. There’s been a systematic exclusion of faculty of African descent,” Ampim said. “This began in 2017, so we documented and presented a disturbing trend where there were 28 consecutive hires in fall of 2017 and spring of 2018 and nobody was of African decent.”

Member of the AASA Michele Jackson said Governing Board Trustee John Márquez, who represents West County, voted to accept the resignation of the president. As a result (the AASA) will be looking for another candidate to run against Marquez because its belief is that he is not fully representing (the CCC community).

“This is the third African American that this district has shown unfavorable processes toward, including (for district chancellor and college president) Helen Benjamin, Denise Nolden (former college president) and Kartina VanderWoude and the consequences will be great,” she said.

Marquez said he could not give details about VanderWoude’s case because it was a personnel matter. However, he did suggest the negotiation was fair for both parties.

“This was a mutual agreement,” he said. “She agreed to a year of paid wages and medical benefits, so she can look for another job. She resigned as opposed as to what happens in other situations.” Marquez said.

Ampim said VanderWoude only accepted the settlement because she was tired of endless negotiations and that all he district did was to pay her what they had to.

“They didn’t give her anything at all. That 12-month payout is what her contract stipulates,” he said.

During the public comment portion of the July 24 board meeting, VP of Academic Affairs Susan Kincade had an opportunity to speak to the board.

Kincade said she reported to district senior executives prolific acts of insubordination, however, instead of receiving help — she was put on administrative leave.

“I respectfully request that I, as well as Katrina VanderWoude and (Carsbia) Anderson, be publicly and wholly exonerated,” Kincade said.“