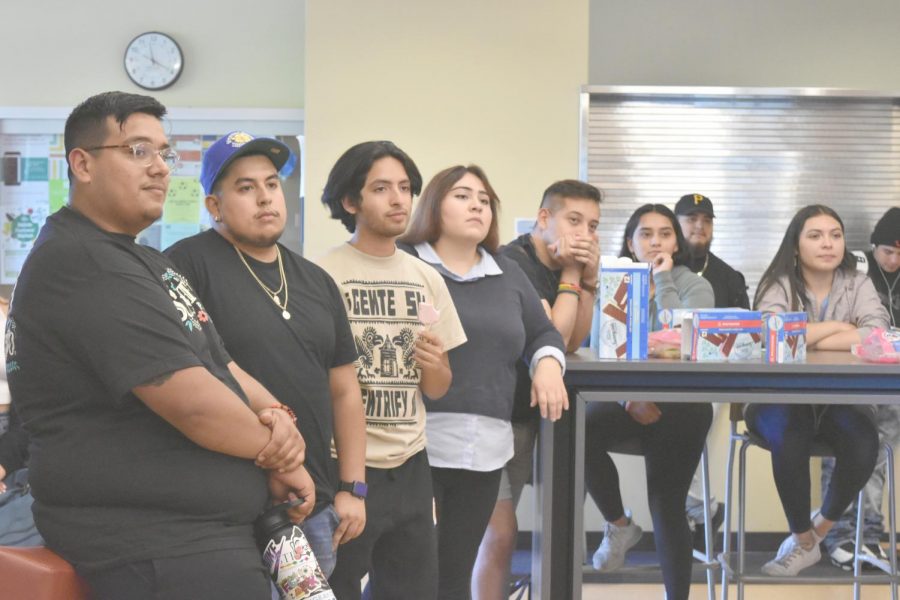 LRSU President Ricardo Sanchez said the club is working to create a DREAMer center on campus to inform undocumented students about how to apply for college and continue their educations.

“When (President) Trump was elected, there was a lot of fear in our community,” he said.

Due to the current political climate in the U.S., many Latinx people did not believe that they could go to college or have a chance.

Many continue to live in fear of being deported or other experience complications due to their citizenship status.

“We tackle issues in the Latino community and try to see what we can do about it,” Angulo said, “Our club is about learning our history and planning for the future.”

When the LRSU came together originally in the 1960s, it helped formed the La Raza studies department at CCC and has been going strong ever since.

Sanchez said they held a free immigration workshop on campus recently where they partnered up with immigration lawyers in the Bay Area and had them come in to help Latinx students at CCC.

They also had a DACA info night where they collaborated with Puente to relay information to the community about CCC’s Latinx campus resources.

The Bienvenida Ice Cream Social was held to introduce the club to students and encourage them to join the club.

The event intrigued students and gained their attention.

Mechanical engineering major Lysette Zaragoza said, “I want to join the La Raza Student Union and I’m interested in it — but I don’t have a lot of time to be able to join and go to meetings.”

Sanchez said that in hosting events for immigration, he wants to make sure that immigration is not only a Latinx issue, but a world issue for anyone coming to the U.S.

Besides the majority of attendees being Latinx, there was also a handful of people of other races.

“I wanted to come support the students, to meet people and be a part of all this great energy,” Natural, Social and Applied Sciences Dean Ameer Thompson said.

The LRSU also held a week for undocumented students here at CCC where events were scheduled every day, and they continue to work on institutionalizing the LRSU as a large and present force at CCC.

Political science major Angulo has been in the LRSU, the Associated Student Union (ASU) and the Community Organization of Political Action (COPA) since the spring 2019 semester and is vice president of all three organizations.

Angulo wants to help the community and students of CCC and he said that COPA is planning to create an event where artists and community organizers can come out to campus to sell their art.

The LRSU meets Thursdays in SA-106 from 3:30-4:30 p.m. and students are welcome to join the club at any time throughout the semester.