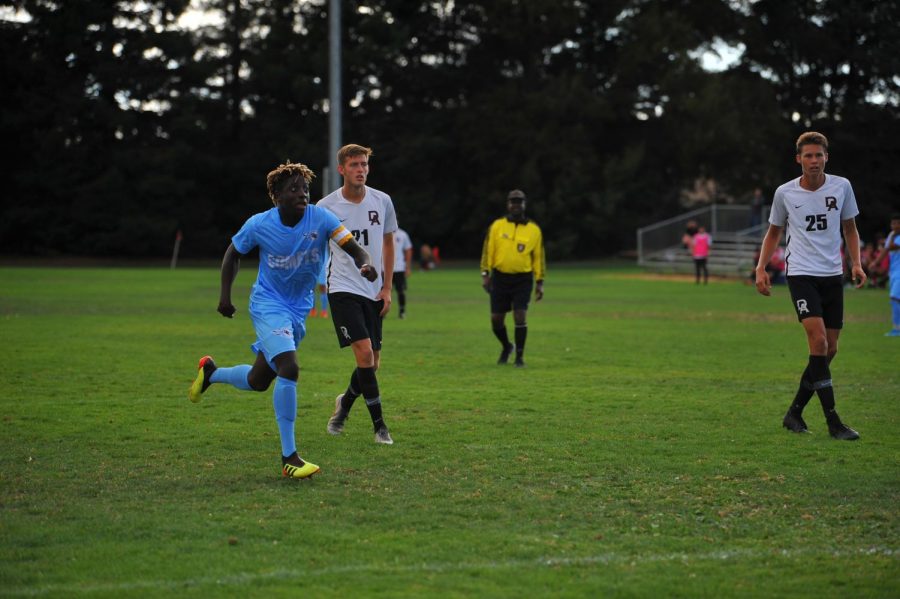 Comet sophomore Elijah Musah Paul-Gindiri is a starting striker for the men’s team.

A strong work ethic and a relentlessness motor on and off the pitch drives sophomore Elijah Musah Paul-Gindiri to achieve his goal of attending and starting on a soccer team at a four-year university.

His teammates and coach alike rave about his leadership and ability to persevere through anything.

Paul-Gindiri currently has three jobs while attending Contra Costa College, but finds time to study to keep his grades up along with helping his family in Nigeria financially.

“It’s hard thinking about your family when you’re alone, while also working and going to school trying to maintain good grades,” Paul-Gindiri said.

“My work ethic comes from personal motivation and my family. They motivate me. I’m alone here since my whole family is in Nigeria,’’ Paul-Gindiri said.

Comet coach Rudy Zeller said Paul-Gindiri’s ability to score and his commitment to the sport have earned the respect of his teammates enough to vote his as a captain.

“He earned respect from his teammates because of his hard work and practicing hard,” Zeller said.

Freshman midfielder Victor Rodriguez said Paul-Gindiri is a great teammate and strong leader on the team.

“Whenever Elijah says something, everyone listens and it’s always meaningful,” Rodriguez said.

Outside midfielder Hugo Lopez praised Paul-Gindiri’s ability to play hard all the time.

“He never gives up on anything and doesn’t get tired,” Lopez said.