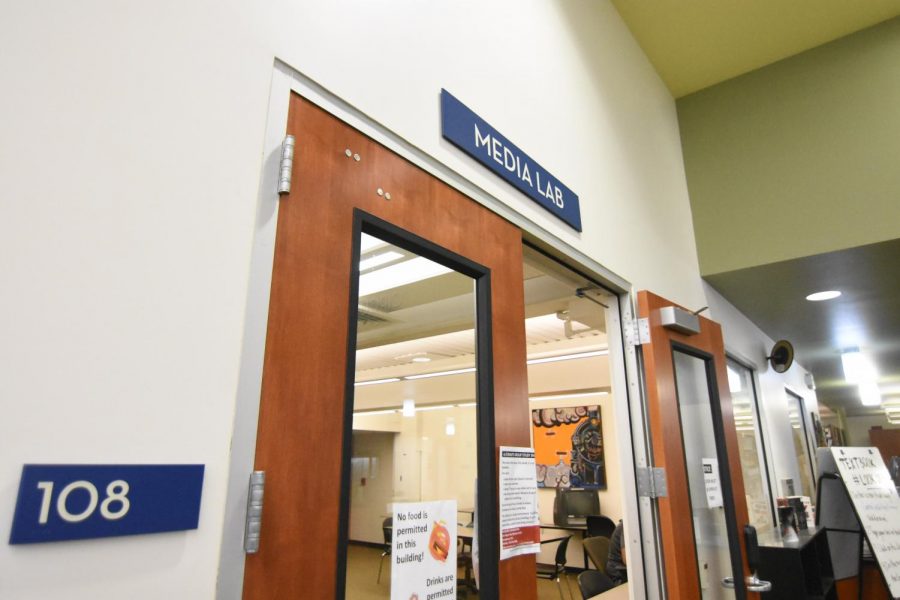 The Media Lab in the Library and Learning Resources Center has received approval to be upgraded as part of a special project this semester. The upgrades are part of the LRC foundation innovation grant.

Changes are on the way as the Library prepares to undergo some much-needed upgrades despite the challenges of being understaffed.

The Library has just gotten approval from acting president Mojdeh Mehdizadeh for a special project in its Media Lab.

Library department Chairperson Andrew Kuo applied for an LRC (Learning Resource Center) foundation innovation grant and the Library got a project approved to paint a wall in the media lab with dry erase paint.

“I saw this idea floating around online and was thinking why don’t we do something similar,” Kuo said.

Instead of glass boards that would be difficult to move around, he thought it would be better to provide an entire wall to work with. There were minor delays as Kuo never got a response last semester after asking for project approval from the administration.

“Once I got the paint, I emailed Buildings and Grounds and was told I needed the president’s approval,” Kuo said. “I emailed (former president Katrina) VanderWoude and never heard back and I never followed up on it because I was on vacation.”

“We’re also going to have online library orientations sometime this semester,” he said.

He said when it begins, professors will be able to give orientations as links or assignments to introduce students to the resources.

Things were not always this way at the Library. Before budget cuts, there was a third full-time librarian on staff.

The Library staff is struggling to complete its projects as it is understaffed and doing orientations face-to-face takes up a lot of time.

“Currently, we have a system that works fine, but all California community colleges are switching to this cloud-based library service platform,” Electronic Service Librarian Erica Watson said.

The switch is going to take the current library’s material records and make them more shareable. “The idea is that we will be more uniform so eventually we can borrow from anybody,” Watson said.

“I think that it may help with obtaining records eventually,” Watson said.

The idea is that the records will all be more easily searchable. The project is proving to be quite a large task for the Library.

“There’s a lot of set up because we don’t want it to be completely different,” Watson said. “We won’t be done with the set up until winter break.”

The project has become a lot of weekend work for Watson, especially considering that the service company, Ex Libris, has a multitude of clients and works in a different time-zone.

Another project that she is excited to be working on is giving more streaming options to the campus.

“The streaming databases that we use, I’m hoping to expand that to offer more film options through other vendors,” Watson said.

She also hopes to work on the Media Lab and provide students with a more online-focused learning environment.

There are many projects that just do not have enough time to be worked on yet, she said.

The change is going to be a big shift that brings uniformity.

Watson said CCC librarians will be doing a lot of work to update and change information for the catalogs.