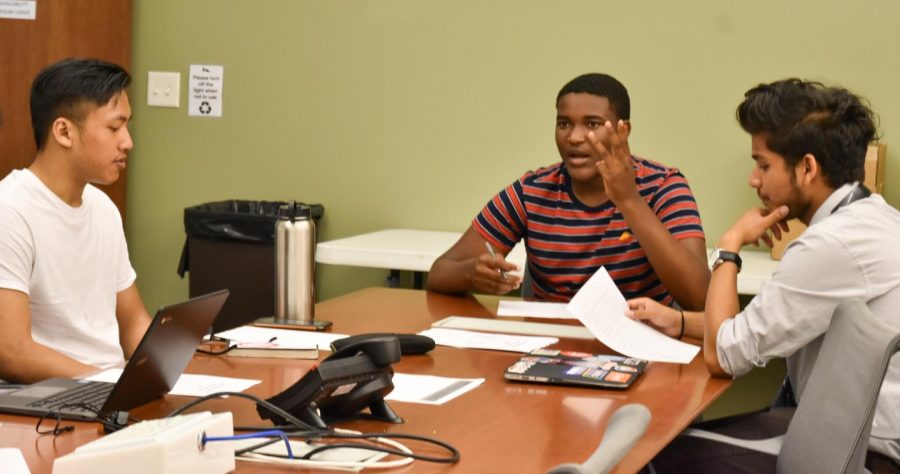 With all the administrative upheaval surrounding Contra Costa College, it’s remarkable that students have continued to thrive academically and in extra-curricular activities.

As usual, the fall semester ushered in a crop of fresh-faced students, eager to embrace the college experience and, most importantly, completely oblivious to some of the more serious issues that have gripped this campus over the past few semesters.

Throughout much of the leadership changes along with the rotation of classes and professors, questions routinely arise about just how much input students should have regarding the hiring process and who will ultimately lead this campus into the future.

Sure, students are the backbone of this campus. However, with the high turnover rate of transfers and graduates at community colleges, the question must be asked: Should students who are leaving anyway really have a say in the future of CCC?

Apathetic people in positions of leadership are prime targets for student ire and, in many cases, lofty administrative wages far outsize the positive impact these people have on the colleges they serve.

However, apathy is a two-way street at CCC as is evidenced by the number of students who attend public forums deliberating the best path forward for the campus.

In many of the meetings held on campus this semester — be they ASU meetings, College Council meetings or even transfer events, student presence has been minimal.

Everything from annual celebrations to productions on stage or screen produce a small number of students without the promise of extra credit bonus points.

Generally, students are not as involved as they once were on campus and extracurricular participation rates are at their lowest in recent memory.

Students only go to events if there are extra credit points involved or guaranteed if they show up.

But even with that, they only show up for a little while, usually leaving early and never think about the event again. It is a bad look for student involvement even when events meant to be enjoyable are ignored.

Given that fact, do student leaders on campus really expect students to attend district Governing Board meetings if the majority are more closely concerned with graduating than with the future of students who will be here after the current crop has moved on?

In what situation is it deemed acceptable to complain about administrative outcomes when invitations for a proverbial seat at the table are readily ignored?

Even the ASU, which claims to represent student interests on campus, is regularly inundated with new faces with a nominal grasp of CCC’s most pressing issues.

They are the body elected to represent us and they all but gave away over $10,000 in funding. Last semester, ASU leadership ordered promotional gear of which only a small portion was delivered.

Fighting for student representation is a constant uphill battle and when any headway is earned, students graduate and transfer away and leave no blueprint or procedure to keep momentum.

Advocating for student inclusion is like Sisyphus pushing the boulder up a hill except the rock rolls back down every two years.