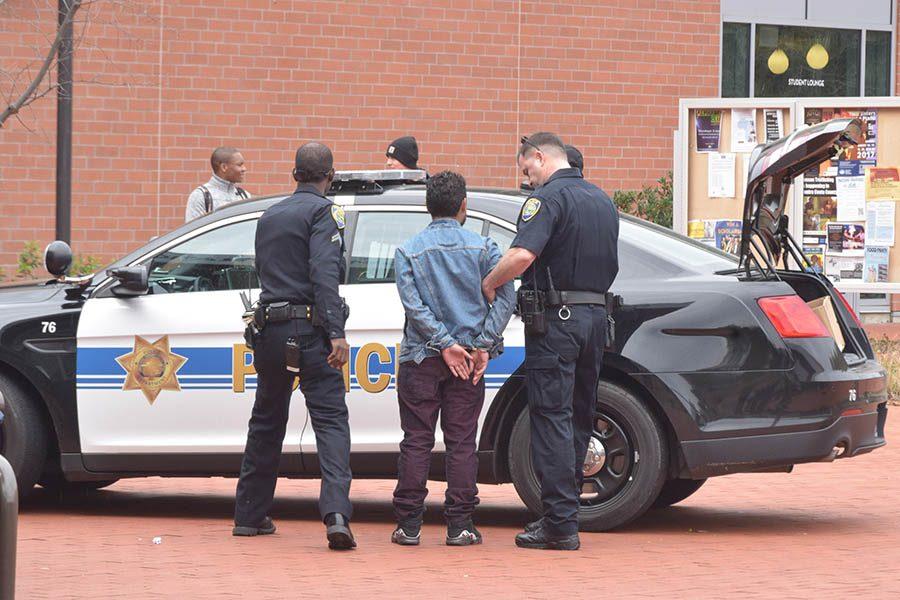 Because of the recent uptick in campus violence across the country, most of the metrics used to inform opinions about ways to handle crime involve statistics, and rightfully so.

However, what happens when law enforcement fails to report those crimes in an accurate and timely fashion? More importantly, can students really feel safe or take proper precautions to avoid potential high-crime blind spots on campus if crimes are liberally reported?

Over the summer, the Contra Costa Community College District Daily Crime Log, which is accessible through the district website, listed only a handful of crimes that occurred over the nearly three-month break.

Contra Costa College crimes listed from June 6 through the first day of classes Aug. 26, ranged from three bouts of vandalism and an equal number of auto burglaries.

Even worse, in the following weeks after the fall semester began, the reports tailed off and only one crime was reported over a period of weeks.

“Last month Sano (Police Services Corporal David Sano) was on vacation. He is the person that approves the crime reports before I look at them for final approval,” Police Services Lt. Tom Holt said.

He said the crime logs in the first week of October suffered because of this.

“This was an unplanned hiccup,” Lt. Holt said.

In years past, the beginning of the semester is a time when crime on campus becomes more noticeable. On the first day of the spring 2018 semester, three auto burglaries were reported with more reports flowing in throughout that week.

This semester, inquiries made by Advocate staffers to campus police about crime reports have fallen on deaf ears, prompting them to make a call to district Police Services Chief Ed Carney.

The chief said he’d heard of no interruption in the reporting process and reiterated that submissions were generally filed within 24 hours.

Carney seemed generally unfazed that no crimes had been reported on campus for nearly three weeks to start the semester.

Crime on campus was not the only information Police Services failed to distribute to students — on Sept. 12 a gas leak in Richmond prompted a shelter in place alert to spread throughout the city, and it eventually encompassed the entire CCC campus.

From the time the leak was discovered, to the time when work was complete, no warning or notification was issued to the campus community by Police Services.

“I typically work with CCC marketing to reach out to the campus community via social media. If we need to do alerts about crimes or safety issues we use Regroup and CCC Marketing,” Holt said.

Despite having a plan to inform students of potential threats, the gas leak and potential crimes on campus are not the only messages involving criminal behavior this semester that Police Services has failed to disseminate to students.

Roughly one month after the September gas leak, a murder occurred three blocks from campus. Just after 10 a.m. on the morning of Oct. 8, a shooting occurred on Loyola Drive, which left a nearby neighborhood shaken.

Despite knowing many students use the surrounding streets for free parking, administrators and Police Services allowed members of the campus community to remain unaware of the murder that occurred just steps from the Applied Arts Building.

Governing Board Student Trustee Shreejal Luitel said, “I think the marketing team at the college needs to work with (Police Services) so students can be informed about crime on campus.

“Frankly, I didn’t know there was a crime log,” he said. “That is important for students on campus to know and to reassure them of their safety.

“I know that Police Services is working its hardest, but we need to make sure we know where we can improve something.”