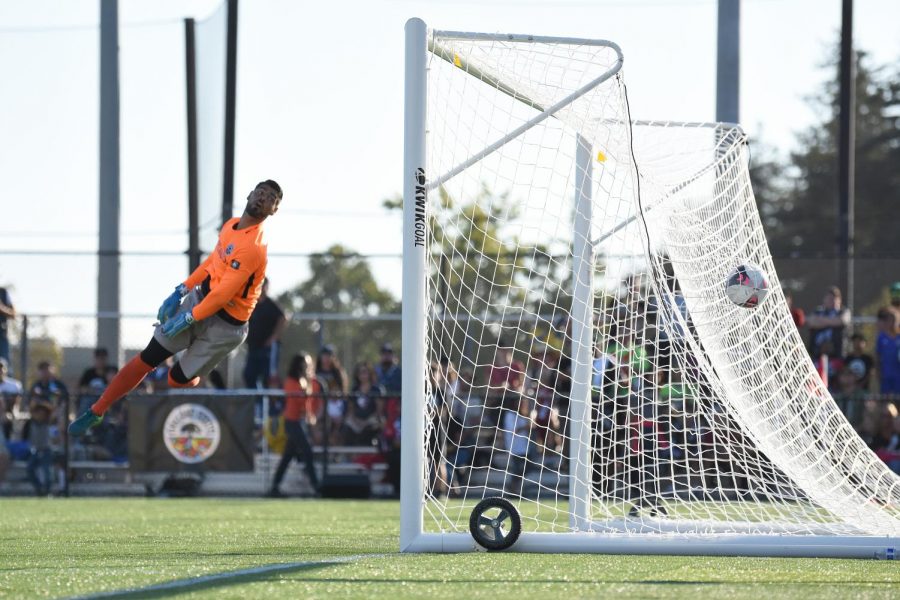 Oakland Roots goalkeeper Jairo Zermeno watches a ball go in the net during the 4-2 win for the FC Juarez Bravos in Oakland, California on Sept. 8.

The upstart squad opened its season on Aug. 31 against the Cal Untied Strikers FC and just wrapped up its season’s homestand tying 1-1 against the Los Angeles Force on Saturday.

The team’s home games are played at Laney College.

The team’s league record is 0-3-2 and it is at the bottom of the NPSL Western Conference bracket and last in the overall leaderboard.

The Roots will face off against the No. 1 ranked Miami FC on Monday.

The team’s initial planning began in summer 2016 and was finalized in summer and fall of 2018 when the Oakland Roots club crescent was released.

The Oakland Roots club has an additional goal of unifying social movements and soccer in the East Bay as part of its “soccer for social good” model.

So far, the club has generated significant support, evidenced in their sold out home games and lively following on social media platforms.

The team has also brought commerce during its pre-game block parties at their stadium.