Public speaks up at forums 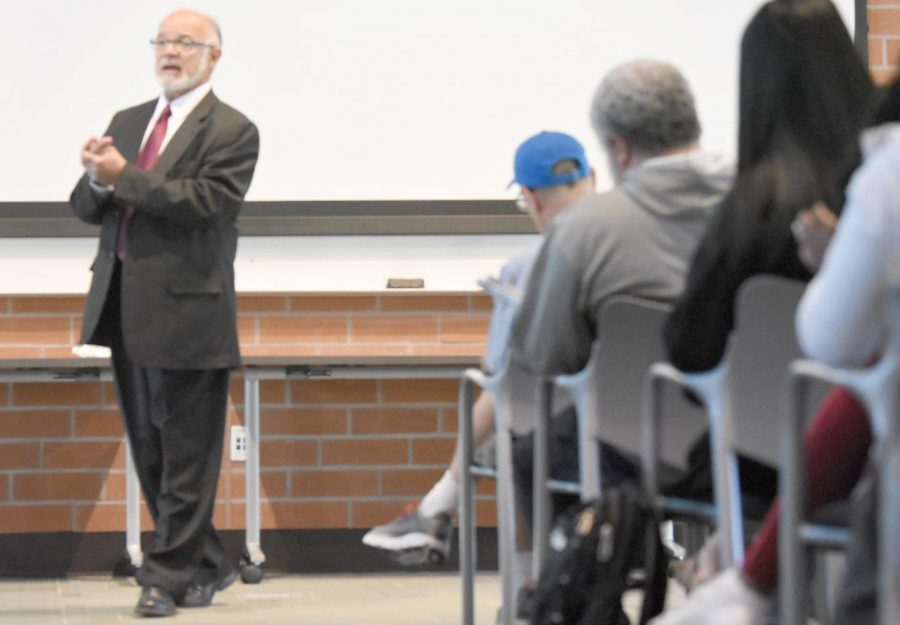 On Oct. 25, four candidates for the position of interim president of Contra Costa College visited Fireside Hall for a forum hosted by the Academic Senate and the Classified Senate of CCC.

Upon entry to the forum in October, observers were given a note card to write questions and a feedback card about each candidate.

Each candidate spoke about their past and their professional lives for about 30 minutes before current Acting President Mojdeh Mehdizadeh held a question-and-answer session, asking the same set of questions to each candidate for about 15 minutes.

Mehdizadeh asked questions such as how each candidate would contribute to CCC and make it better and how they would include the community and have them be more involved on campus.

Dr. Bell’s focus was on tackling transitional issues for students at CCC, keeping enrollment up, and managing the school’s funds better.

He said he also wanted to increase student input at the college.

Fewer than 20 people were at the forum at 8 a.m., but the room started filling up as more people arrived on campus and found out about the event.

After each Q&A period, a 15-minute break was given before the next candidate would speak.

Next up was Dr. Gonzalez, who was very focused on community and race. His aim was to include everyone at CCC and promote ethnic diversity.

“We are all products of history and producers of history,” Gonzalez said.

Gonzalez said he knew he wanted to be at a community college and was ready to face the under-representation of people of color in careers in higher education — he knew it would be difficult.

He talked about the faculty members who have been at CCC the longest and wanted those people to be leaders and help make some tough decisions.

Of all four of the candidates, Javaheripour was the most experienced, having 40 years of higher education work under his belt.

He has worked in administration, student services and instruction.

Javaheripour said he wants to build relationships with not only faculty, but also with students.

“When I come in here, I don’t expect you to trust me — I need to earn that trust,” Javaheripour said.

Javaheripour was also focused on the community around CCC and being an on-campus sort of interim president.

“If we don’t get seen in the community, we get forgotten,” he said.

He wants to address accreditation in his first project as interim president and get that taken care of. He hopes to work with the school, not for the school.

Dr. Zhou was the final candidate that spoke and was also focused on community and diversity.

Being a Bay Area native, he said, “Diversity is our power in the Bay Area, especially in the East Bay.”

He also focused on having students’ voices truly be heard and listened to and he promoted diversity as well.

Zhou promoted more student panels and opportunities for faculty to listen to students’ needs and he wanted to boost CCC’s reputation.