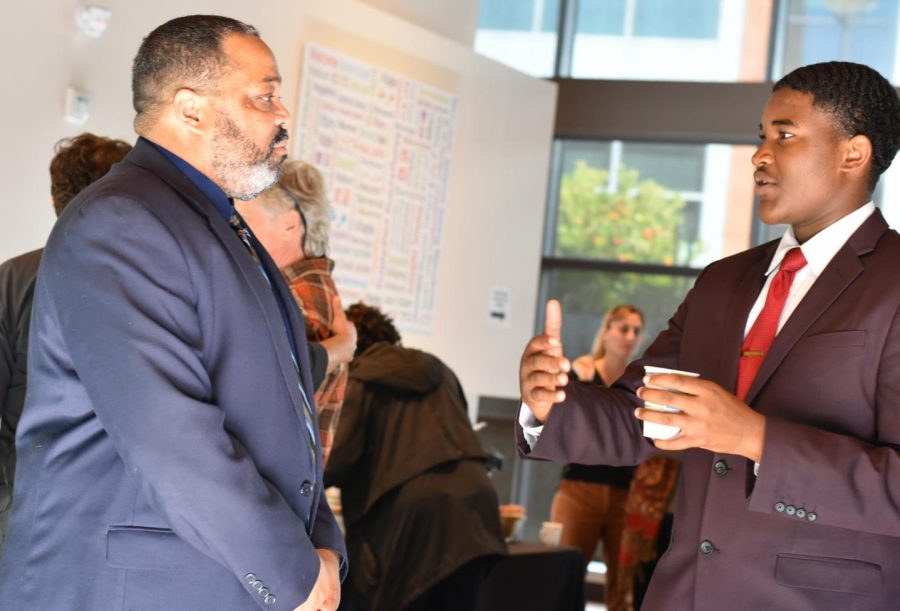 After months of unstable leadership, Contra Costa College now has Dr. Damon A. Bell as interim president and, hopefully, the person who will guide the campus to more stable ground.

CCC has been functioning without a president and vice president since May.

Dr. Bell was born in Los Angeles and was raised in Compton.

Bell has over 25 years of administrative experience, most of which has been at the community college level. His services include six years as vice president of student services at San Bernardino Valley College and a year serving as interim president of Ventura College.

“I am very honored to be here and I’m looking forward to working with the folks here,” Bell said. “Primarily, I want to work through some of the issues on campus. I know the result will flow to the students as well.”

The interim president is no stranger to second chances. He struggled with the fast-moving pace of UC San Diego after he graduated from high school and decided to transfer to Los Angles Harbor College instead.

After he thrived there, he realized the importance of helping students in a smaller setting.

“I actually saw my experience at UC San Diego as a failure. But to the contrary, it helped me to discover what I was passionate about,” he said. “That is why I believe the students’ voice is equally as important as faculty and administrators.”

Bell understands the division that CCC went through during the summer and believes, with his experience, he can offer a solution to the unrest that it is still present on campus.

“I’ve experienced that in my own career. I’ve seen someone being treated unfairly and I wanted to stand up for them and fight for them to the bitter end,” Bell said. “I think people are passionate about the things that they want to do here. I want to make sure that people truly being treated fairly.”

In a futile attempt to unite the campus after the resignation of Dr. Katrina VanderWoude, a collective of CCC administrators joined voices and asked the district to allow them to be more involved in search of a new leader.

The process was conducted in a way similar to permanent hiring procedures, which differed from practices to fill interim positions in the past.

District Chancellor Fred Wood said this interim hiring was different from with previous new hires because people wanted to be more engaged in the process.

The district is used to a process that involves a small hiring committee that is very fast and expedient with its final decision.

Early on in the hiring process, Wood suggested forming a small group. However, students, staff and administrators raised their voices to demand a bigger hiring committee with an extended timeline.

Padilla were very productive,” Wood said. “They did a great job in engaging the community and bringing people together to form the right committee.”

During the summer, Business Director Mariles Magalong stepped in as acting president for two months, but left for a previously planned extended vacation.

Krolikowski said CCC needs Dr. Bell’s experience to move forward and also sees the campus community as being ready to work with him.

“I think he is open to listening to lots of points of view. He seems very interested in getting to know all the different people on campus and he wants lots of input,” Krolikowski said.

“I really feel good about someone who asks for support and help from all of us.”

On Monday, Dr. Bell was officially introduced to the campus community in Fireside Hall at an informal gathering where a variety of snacks and beverages were offered to attendees.

Bell warmly introduced himself to each person. He patiently listened to their concerns and answered as many questions as he could in three hours.

Foundation Development Officer Sara Marcellino said there is a lot of stuff that needs Bell’s attention, but she is hopeful that with time he is going to bring a positive change to campus.

“Good leadership matters. In our case, we are in desperate need of someone who helps us to move forward,” Marcellino said.