Gateway to College student killed outside of North Richmond store 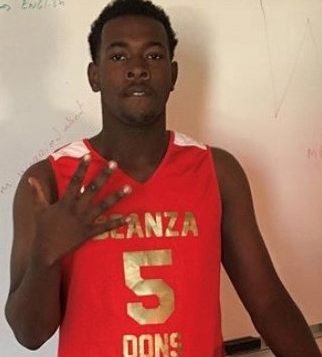 Gateway to College student Jamarrea Frazier, 17, was shot and killed in front of a store in North Richmond on Nov. 26

A young soul was lost too soon — one of Contra Costa College’s Gateway to College students — Jamarrea Frazier, known as JMac, on Nov. 26.

The 17-year-old was shot outside a store in North Richmond that morning and his passing affected all who came in contact with him.

Gateway to College is a program at CCC that offers resources to students who’ve had a rocky start to their high school experience. It’s a program specially for students who hope to receive diplomas and meaningful college degrees.

Gateway to College held an assembly from 9:30-11 a.m. on Friday in GE-225 wherein a moment of silence took place for Frazier.

Kerry Sciacqua, a resource specialist for the West Contra Costa Unified School District, works for Gateway to College helping students be the best they can be and succeed.

There is an altar for Frazier in AA-109, Sciacqua’s office. She works with students to help them learn to make the right decisions, and Frazier was no exception.

She said she teaches Gateway’s leadership class and saw him every day — she knew him well and spent a lot of time with him.

“His presence had a really big impact on all of us, and his absence has an even bigger, (impact)” Sciacqua said.

As with all students, Sciacqua said she kept him on track and tried to be a good role model for him, reminding him that his struggles would not last forever.

Frazier started at Gateway to College in August 2019 and was a talented basketball player with a love for the sport.

In Frazier’s Gateway to College application, Johnson said he wrote, “I can’t sit here and say I’m the best student, but God gave me a chance.”

Gateway to College student Amari Jackson, a friend of Frazier’s, said they met at the beginning of the school year. As time went on, they got closer and used to call each other all the time.

Jackson said Frazier was always friendly, respectful and he was never a bad person.

She recounted stories of the two of them hanging out at a park near her house and even said one time they talked there for hours, and he would tell her things — things that were bothering him.

“He had problems on the inside, but he didn’t show it,” Jackson said. She said he had a lot of friends and she is grateful she got to meet him and develop a close friendship with him.

She especially remembered the support Frazier offered her when she needed a fellow student’s shoulder to lean on.

“I just miss my friend, that’s it,” she said. Everyone who spoke of Frazier recounted a common theme — he always had a smile on his face.