‘Hunters’ is a thoughtful, must-see show 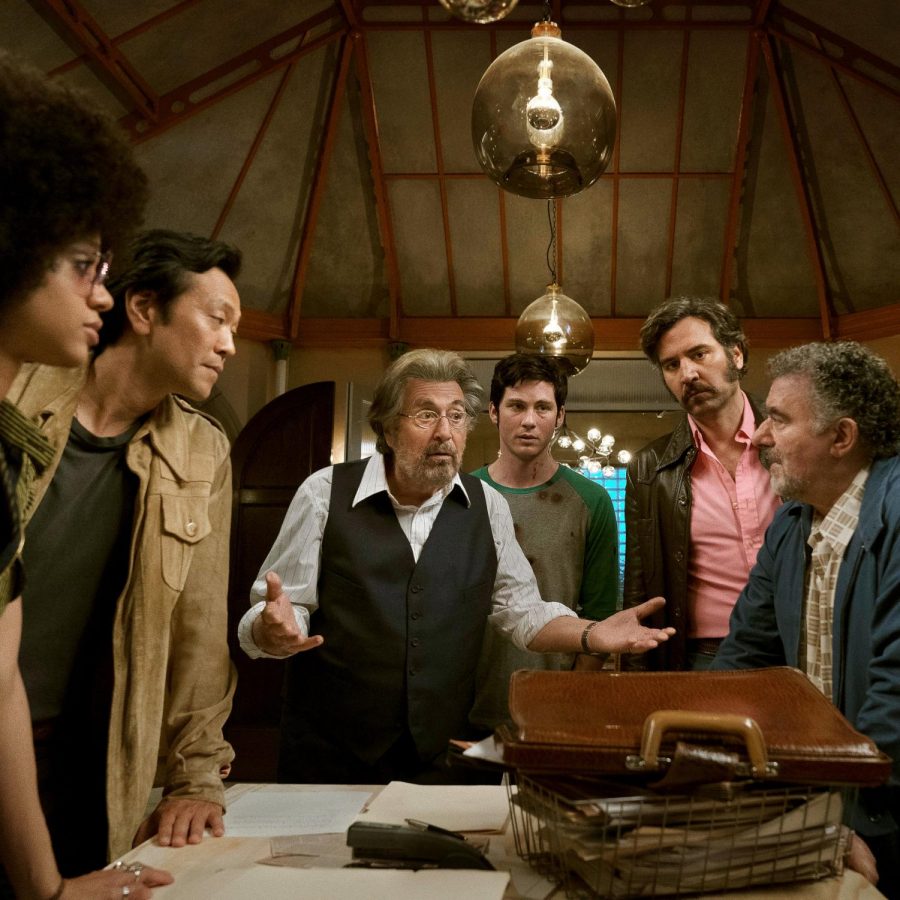 However, when the opportunity for revenge presents itself, no matter how long after a wrong is committed, few would have the will to resist taking action.

The show made its streaming debut Feb. 21.

Touting Jordan Peele, writer and director of the Academy Award-winning film “Get Out” and cult favorite “Us” as one of the show’s executive producers, “Hunters” also features Al Pacino and Logan Lerman in starring roles.

The 10-episode series, created by David Weil, brings its own rules and is a sign that Amazon can compete in the streaming wars against services that are much more established.

Its surface story is about a group of Nazi hunters in the late 1970s, but more information is uncovered through interpersonal relationships. Set in New York City, an unorthodox collection of killers learns that Nazis have infiltrated the U.S. government. They then make it their job to put an end to their plans of creating a Fourth Reich.

The plot is loosely centered on real events and real Nazi hunters who sought retribution throughout history. Viewers become immersed in the suburbs of the 70s and the casting choices are near perfect.

Pacino masterfully leads the hunters. Lerman, the newest member of the group, is slowly transformed throughout the season from a nervous and troubled young man into a confident hero.

The team features a rag-tag collection of Nazi hunters who make up the crew, each with their own quirks and personal hang-ups. Characters range from a gun-wielding nun, to a beautiful street smart, Pam Grier-inspired character named Roxy Jones.

A wide array of cast members assures viewers there is a character for anyone’s personality type and they help break up the seriousness of the plot with their humor and individual character traits.

The season’s first episode clocks in at 90 minutes and serves as a great introduction to the tone of violence and uncomfortableness that is to come. Viewer discretion is strongly advised as the show regularly puts its viewers in unsettling situations.

“Hunters” flips conventional norms by showing Nazis being hunted down and killed by Jewish people. The show forces its viewers to question what makes a good guy who does bad things any different from a bad guy? What differentiates evil from good if each side is willing to be as violent as the other?

These deep messages are contrasted with the way the story is told.

The narrative takes a 1970s comic book approach and has more Dutch angles (tilted camera shots) in one episode than every Michael Bay movie ever released.

The shot choices and character blocking help to serve the show’s comic book feel and allow for some of the crazier scenes to happen without feeling too out of the ordinary.

Most importantly, its violence remains in line with its tone.

Its strong point is the show’s message and how it tackles a disturbing era of history.

The show finds a way to remind viewers that Nazis are real and potentially all around us. This show is a must-see for anyone that enjoys meaningful and thoughtful writing. The underlying messages will leave viewers thinking — that’s what great writing does.

The comic book feel of the show offers a unique energy and may very well be the equivalent of all-star hero groups like “The Avengers” and “Justice League.”