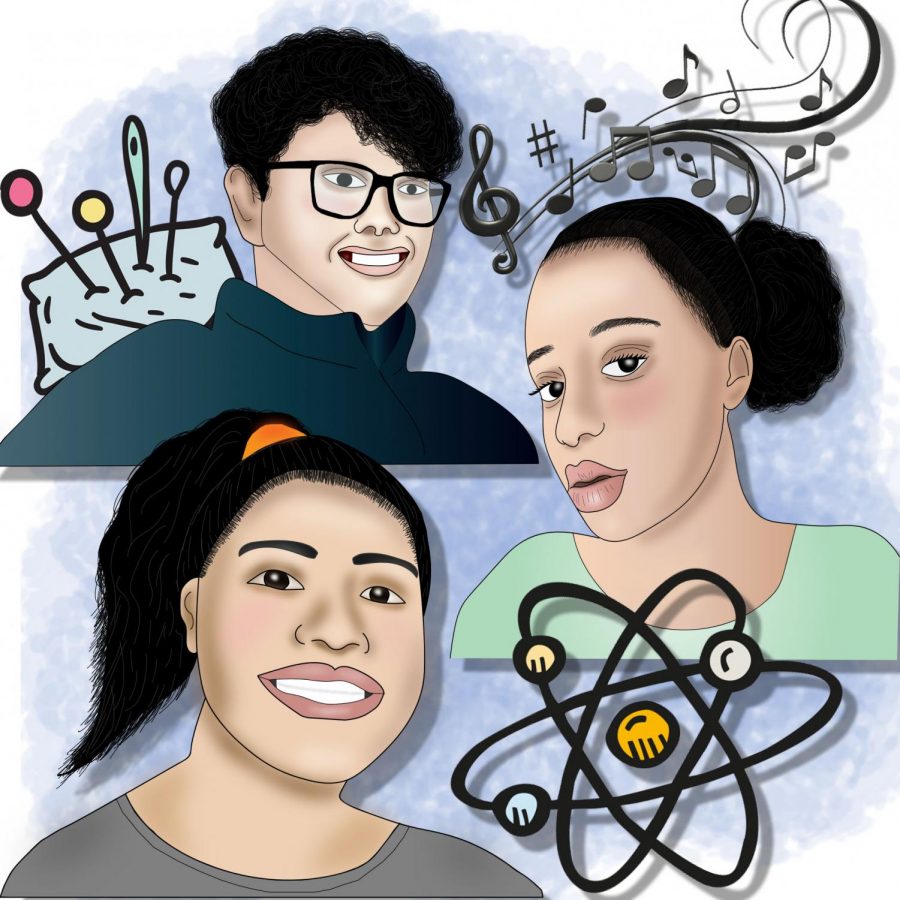 Many Middle College High School students were blindsided by how rapidly the COVID-19 outbreak became a pandemic, and how Bay Area public health officials, along with Gov. Gavin Newsom, were quick to act by ordering an indefinite shelter-in-place.

“I thought this was going to be something that would be handled quickly and not spread too far. But once this (disease) came into the area, I started to worry a bit,” MCHS freshman Angel De Leon said.

He fears his family could become infected and worries that the coronavirus will be tough to contain.

He and MCHS sophomore Kayla Pineda anticipated that the shelter-in-place order would not last long. “I thought it would only take two weeks,” she said.

Many of their schoolmates shared the same sentiment.

MCHS junior Kevin Nguyen said, “I was hyped for this break, but I wasn’t mentally prepared for the fact that I would be at home for a few weeks. That dawned on me after the first few days.”

Upon hearing the announcement of the first coronavirus cases in the Bay Area, Nguyen said he remained anxious-free.

“I thought that cases would be quarantined,” he said. But now, under the threat of possible infection, he worries for his older parents and tries not to become a carrier for the disease by going out often.

“It’s tiring to stay at home all day and there’s really nothing to do,” he said.

A typical schedule for MCHS students requires them to be on the Contra Costa College campus for most of the day. For some, following their bell schedule is hectic, but with campus closed, most days at home under the statewide shelter-in-place order are slower and relaxed.

“I think the extreme boredom is really driving people to take up anything. So it’s been interesting seeing what other people are doing during this time,” MCHS senior Hawi Abraham said. Out of boredom, she has taken up embroidery and is learning to prepare pasta from scratch to explore something new.

Nguyen said, “I’ve gotten to do stuff I couldn’t do before, like right now I’m trying to learn the violin.” With more days open to free time, he has taken up learning the violin on his own and is teaching himself to read sheet music with no formal learning experience in music.

For De Leon, the extra time off has allowed him to connect with his family more often by talking and enjoying each other’s company. Not regularly attending his physical education class, he still tries to stay active by doing workouts at home and pushing himself to reach personal goals.

While MCHS is a part of the West Contra Costa Unified School District (WCCUSD), it operates on CCC’s schedule, which leads to confusion over how students and high school administrators will continue to operate until the end of this school year.

Unlike most college students, MCHS students do not have the option to take excused withdrawals from their college courses, meaning that students are required to continue to participate in their classes while the rest of WCCUSD has suspended its instruction until April 13.

“I’m reading and learning myself instead of relying on lectures because some professors don’t teach well on Zoom,” Pineda said. She points out that it is hard to learn in her Math 121 (Trigonometry) class as she absorbs the material better in an in-person class.

A handful of college courses that MCHS requires students to enroll in include some hands-on experiences. Pineda said she is currently taking Physics 110 (Descriptive Physics) where, alongside the lecture, the in-person laboratory is compulsory. She finds her online physics laboratory to be rushed and complicated as the hands-on learning aspect is absent from the experience.

Prior to the campus closure, her professor was already detailing a plan for remote instruction.

“I think that because he handled it well, I, as a student, performed well too,” she said. With multiple resources at her reach, she said completing her laboratory midterm exam felt straightforward as she was not exclusively relying on the concepts she could retain from the lecture.

De Leon is enrolled in Drama 122 (Acting I), a course that requires students to learn acting and present performances within the Knox Center theater. He said, for the past two weeks, his class has met though Zoom, with students performing their monologue readings and discussing plays they were assigned to read on that platform.

Abraham is completing her final physical education requirement with a Yoga course and she is not sure how they will continue to meet. Being away from campus, she finds that meeting her professors during office hours, or receiving math tutoring remotely, is a struggle as working online does not foster the same motivation for her when at school.

“It’s hard to create that structure for yourself and learn to hold yourself accountable to do homework, especially someone like me who relies on going outside to do work,” Abraham said.

Having no distinction between class and homework time, she describes working within the confinement of her home as one big blur on most days. She finds some stabilization to keeping her routine in order by participating in her early morning math lecture most weekdays.

Operating within WCCUSD’s ordinance, MCHS has suspended its high school instruction. A majority of MCHS teachers continue to post regular assignments for enrichment and encourage students to participate and complete the work, although there is no penalty for not doing it.

“I’ve been keeping up with my high school classes even though not required to just because that’s the only thing keeping me sane,” Pineda said. She uses this opportunity to retain her daily routine by actively keeping her mind moving with enrichment assignments.

Prior to WCCUSD’s announcement of starting distance learning for all schools after April 13, students shared their concerns over the uncertainty of how the rest of the academic school year will play out.

De Leon said, “We’ve been doing stuff online, but it doesn’t seem like we’re going back to school anytime soon. It worries me because I’m not trying to retake a class,”

Pineda expressed a different sentiment. “I’m not scared of repeating a grade because it would be unfair if we were required to do the work online.”

As a senior, Abraham said she was not prepared for her social life to take a turn when the shelter-in-place mandate further severed her connections at school.

“I wasn’t ready to say goodbye to my friends and call it quits on my senior year and all the events that we have,” she said. She keeps up with friends through messaging and video calls, but not getting to see them during their final semester of high school disappoints her.

She waits for the situation to further unfold, but worries that she won’t get to experience a traditional graduation ceremony in late May.

She points out that the decision made by Contra Costa Community College District Office to close CCC, Diablo Valley College in Pleasant Hill and Los Medanos College in Pittsburg left little to no opportunity for anyone to return to their campus to resolve confusion and organize.

“I think a lot of schools responded a lot faster and if we had been able to do that, we could have had more a flexible week (from March 9-13),” she said.

In the week prior to the shift to online instruction, students and staff were on the fence of whether to start preparing for the shift.

Nguyen said, “On Monday (March 9), it was rumors. Then Thursday, it’s going to happen.” “Some of the teachers didn’t even prepare for online classes.”

Nguyen works as a math tutor and said tutoring students remotely has been a complicated, tedious process.

“It’s been very chaotic trying to get students on there and it’s difficult because some students don’t have access to resources or online classes,” he said.

He and other tutors work through Binom, an online tutoring service provided by the college where he talks to students though a chat box. Having person-to-person interaction with students proves more effective for him.

He said he wished professors would have had more time to receive training for online instruction and for students to gather resources. The notice sent two days before the campus closure on March 16 was not enough in his opinion.

“The college should have taken more preemptive action and been prepared months before for online classes because we should’ve seen this virus coming,” he said. “Online classes take a while to get used to.”