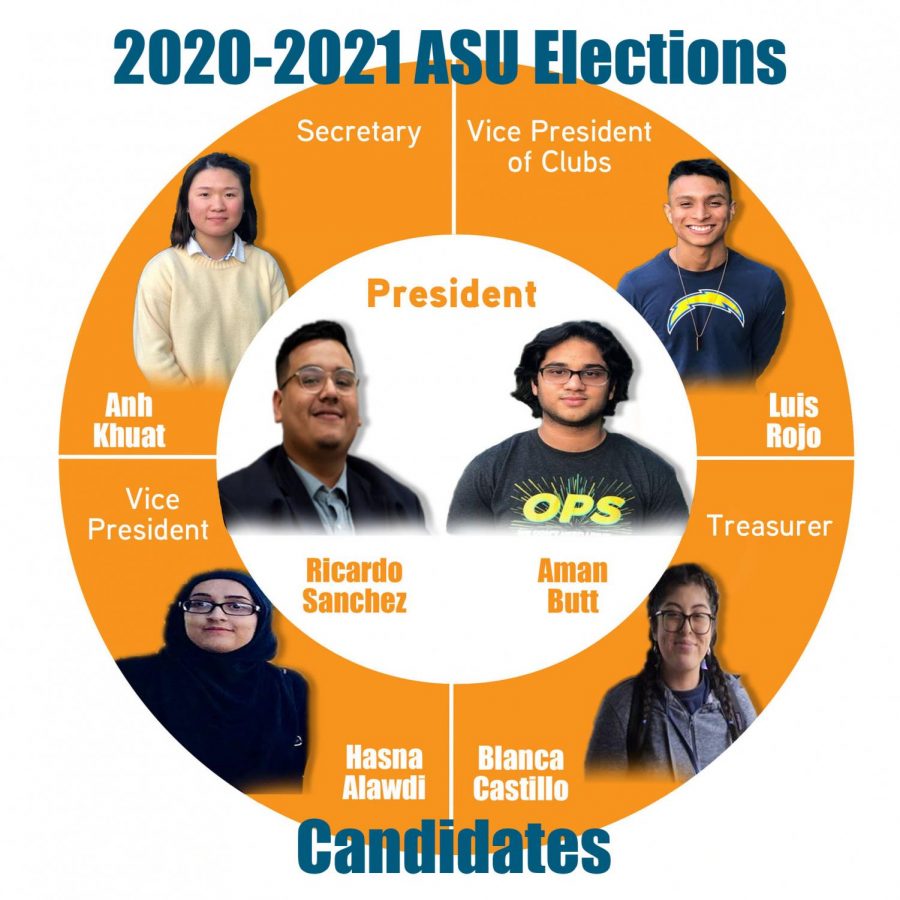 Student leadership is an integral part of any successful campus community and for students at Contra Costa College, despite the campus closure, that sentiment is no different.

The voting is currently open and will end Tuesday. Students can vote through an online survey using Survey Monkey. The link can be found on the various CCC social media sites or https://www.contracosta.edu/2020/03/27/2020-2021-asu-officer-candidates/.

The ASU is the legislative body whose duties include vitalizing campus culture by hosting different events, funding student-based projects and, most importantly, representing the voice of CCC students at the district, state and national level.

The election process, which includes the executive positions of the Associated Student Union generally takes place at strategically selected polling stations on campus.

However, because students can’t congregate, the election process has been impacted for those voting and the candidates.

Aside from the presidential position, candidates for vice president include current senators Husna Alawdi and Anh Khuat.

Castillo said, “We would want students to know that we’re here for them. In these difficult times, everyone is trying to re-adjust to the new living situation and it’s hard. We understand how difficult everything is, but the ASU is still communicating with each other and representing the student body.”

She said her main concern for next year would be to make the best decisions for the students.

Student Life Coordinator Charles Ramirez said, “Unfortunately, we had to cut the physical campaigning short by about four days due to the shelter-in-place. This did not allow enough time for the candidate to promote themselves as much as they would like.”

Due to the shelter-in-place order, the election process timeline had to be pushed back by two weeks in order to divert all voting to an online format.

Ramirez said the candidates had four days of physical campaigning on campus before the shelter-in-place was ordered for March 16.

He said the ASU’s biggest concern was that the student body would not take much interest in the elections given the current situation.

Despite the concern, candidates are hopeful that with the few days available to campaign and the links attached to online forums, there would be adequate time to encourage the students to vote.

Current ASU Vice President Alfredo Angulo said, “We are actually seeing a higher number of interactions on emails and social media, so I’m hoping this is reflected in the number of students that actually vote. The election is still going strong, and we encourage every student to vocalize who they believe should lead the ASU next year.”