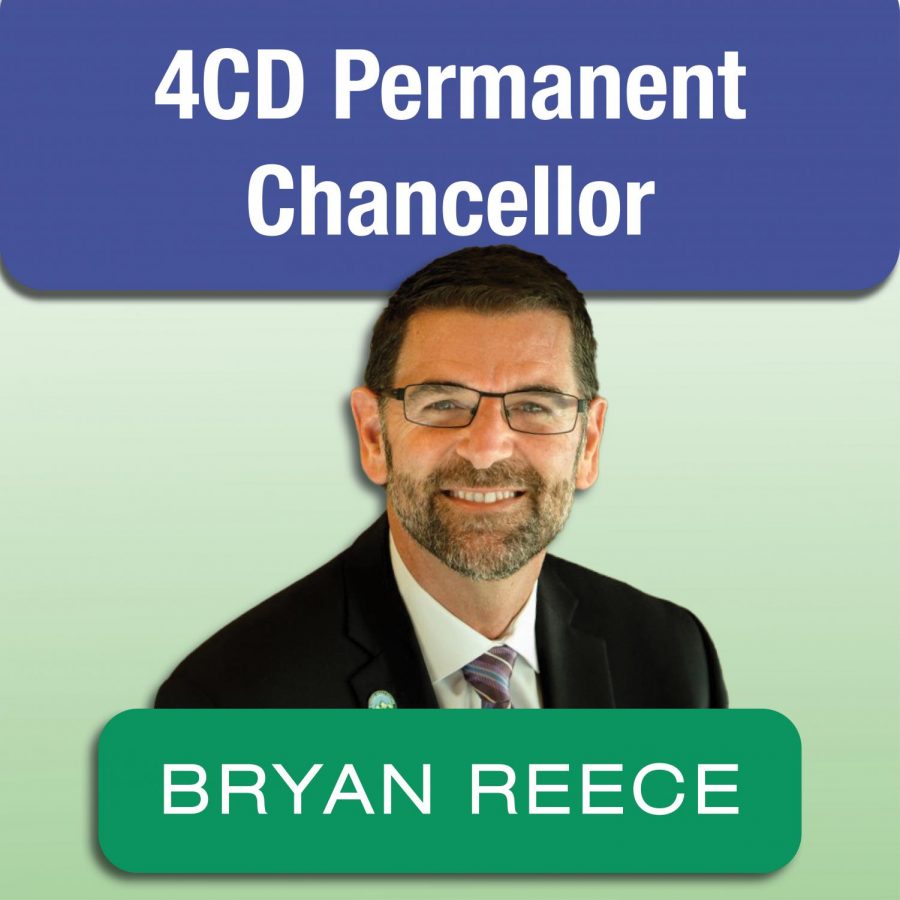 The Contra Costa Community College District Governing board has announced it will begin contract negotiations with Bryan Reece, Ph.D., to become the next permanent Chancellor.

The Governing Board revealed the news through a press release today after a final interview was conducted on Tuesday. Once a contract is agreed upon, it will be released for public review and approval at the Governing Board’s scheduled meeting Oct. 14.

The search for a new Chancellor started in January, but was put on hold in March due to the transition to remote operations as a result of the COVID-19 pandemic. The search was restarted in September, when the board reached a decision on Reece.