PlayStation 5 versus Xbox: Which next gen console is better? 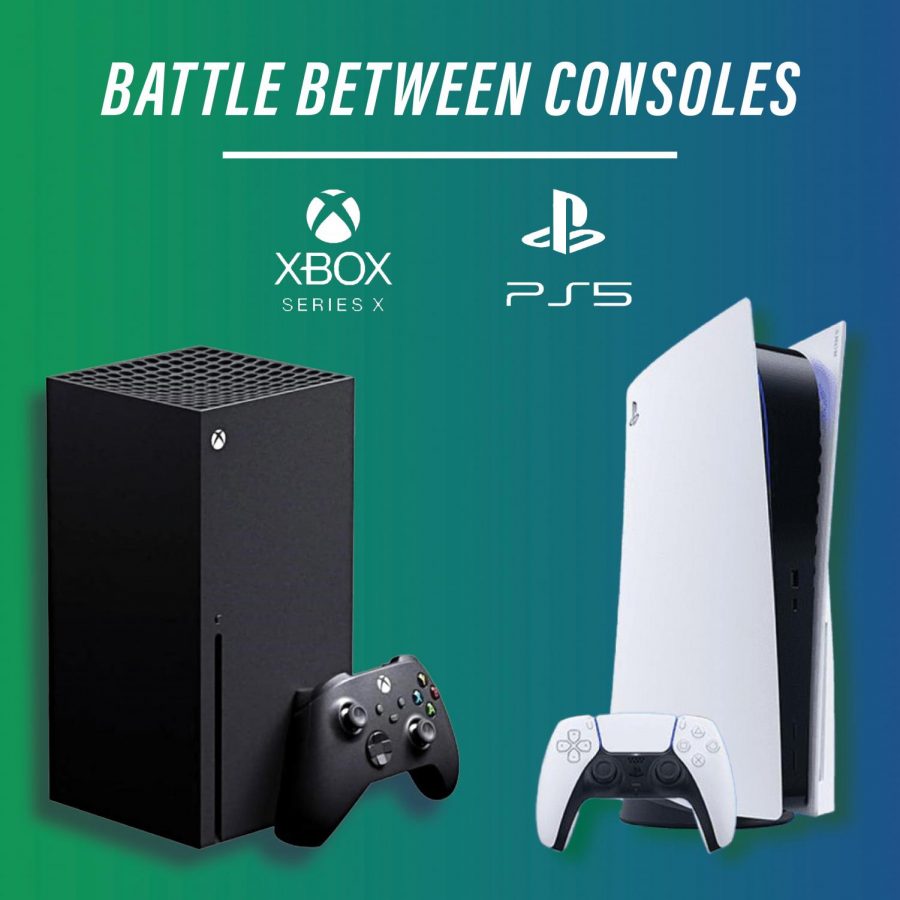 It has been almost seven years since the release of the PlayStation 4 and the Xbox One. With the next generation of gaming consoles right around the corner, it will be interesting to see what Microsoft and Sony are cramming into their respective successors as the holiday season approaches.

Starting with Sony’s latest foray into the market, the PlayStation 5 will be a considerable upgrade to its predecessor. The standard version, as well as its digital edition, will come out of the box with a variety of new and custom hardware.

Sony promises this will shorten loading times for games, as well as increase performance. Hopefully it won’t make your PS5 fan do its best impression of an F-16.

The PS5 is also reportedly able to run at 4K resolution and may be able to hit 60 frames-per-second at launch.

At launch, the PS5 will have access to several games such as Demon Souls, Spider-Man: Miles Morales, Assassin’s Creed: Valhalla, Call of Duty: Cold War, and Devil May Cry 5: Special Edition.

This gives the PS5 a strong case for purchase as some of these games are highly anticipated and coincide with the console’s release.

Another new edition to the PS5 is the controller, which Sony calls the DualSense 5.

The controller will also be slightly thicker, because in Sony’s eyes, Microsoft cannot be the only company with an ugly controller design.
Design downgrades aside, the DualSense 5 will also come with a built-in microphone and speaker, headphone jack, newly improved “create” button (replacing the “share” button), a motion sensor and a USB Type-C charging port.

Current PS4 owners upgrading to the PS5 will be glad to know their visibly appealing controllers will be able to connect to their PS5; however, PS5 controllers will not be compatible with the PS4.

The PS5 will be releasing on Nov. 12, with the standard edition starting off at $499.99 and the cheaper “Digital Edition”, being priced at $399.99. The digital edition does not have a disc drive, only allowing digital copies of games.

Preorders began on Sept. 17 and multiple retailers reported their preorder stock as “sold out” within the first day.

Microsoft, on the other hand, is looking to make a big splash this holiday season with the newest iterations of their flagship console, the Xbox.

The Xbox Series S, starting at $299.99, is slated to be the “budget” option, as the console will be digital only, smaller, and slightly less powerful than the Series X.

Like its counterpart from across the Pacific, it will also come with custom hardware, such as a custom “Zen 2” CPU, a custom GPU and a custom 512 GB SSD, increasing the console’s speed and processing time.

With these upgrades, Microsoft is claiming the Series S will be able to play games at 1440p and can possibly hit 120 frames-per-second in-game.

This is a vast improvement of FPS rates seen in previous console generations and gives Microsoft a slight edge over their main competitor in terms of frame rate.

Like its smaller counterpart, The Xbox Series X is nothing to sneeze at in a hotly contested console market.

The Xbox Series X boasts an impressive number of upgrades, such as a smaller frame accompanied by an impressive and quiet cooling system for its size. The console can also support 120 FPS.

Unlike its smaller brother, the Series X will be able to hit 4K resolution in-game, will have slightly more powerful components, and a custom 1 TB SSD.

The Series X will have access to some of the same games as the PS5, such as Assassin’s Creed: Valhalla, Watch Dogs: Legion, Yakuza: Like a Dragon, and Dirt 5.
Both consoles will also have optional access to Xbox Game Pass Ultimate for $34.99 and will be backwards compatible with games from previous Xbox consoles.

The Xbox controller will be getting a slight rework as it gets a new eight directional D-pad, a dedicated “share” button, and a slightly smaller profile. But overall, its design largely remains the same.

Both Xbox Series consoles are available for preorder through select retailers, but much like their competitor, they are also sold out at the time of writing.

While this upcoming console generation does have some quality hardware, it is hard to overlook that Sony has some serious disadvantages as the holiday season inches closer and closer.

The lack of backwards compatibility and the console’s hideous design are rather considerable letdowns compared to what Microsoft is bringing to the table.

On the other hand, Microsoft has vastly improved their Xbox platform by pushing for more powerful hardware and decreasing the overall size of the console.

That’s a welcome change. The Xbox One shared more in common with the bricks in my backyard than an actual gaming platform in terms of size, weight and user interface.

Both consoles will have expandable storage, which is a plus, but the Xbox Series S falls behind with a rather flaccid 512 GB SSD on tap, especially now where games such as Call of Duty and Rainbow Six Siege have large updates that sometimes fall within the range of 40-60 GB.

Overall, both consoles have shown significant improvements and will be bought by millions around the world, which begs the question: “Which console and which version of said console should I consider spending my hard-earned money on?”

If you are looking to play some of those sweet, sweet exclusives and do not care about owning something that looks like a bootleg EVE from Disney’s WALL-E: Get the PS5.

If you are looking for something that is powerful and will have access to a large library of games: Get the Xbox Series X.

If you are still on the fence after reading this: Get yourself a Nintendo Switch.