District governing board faces backlash over search for new chancellor 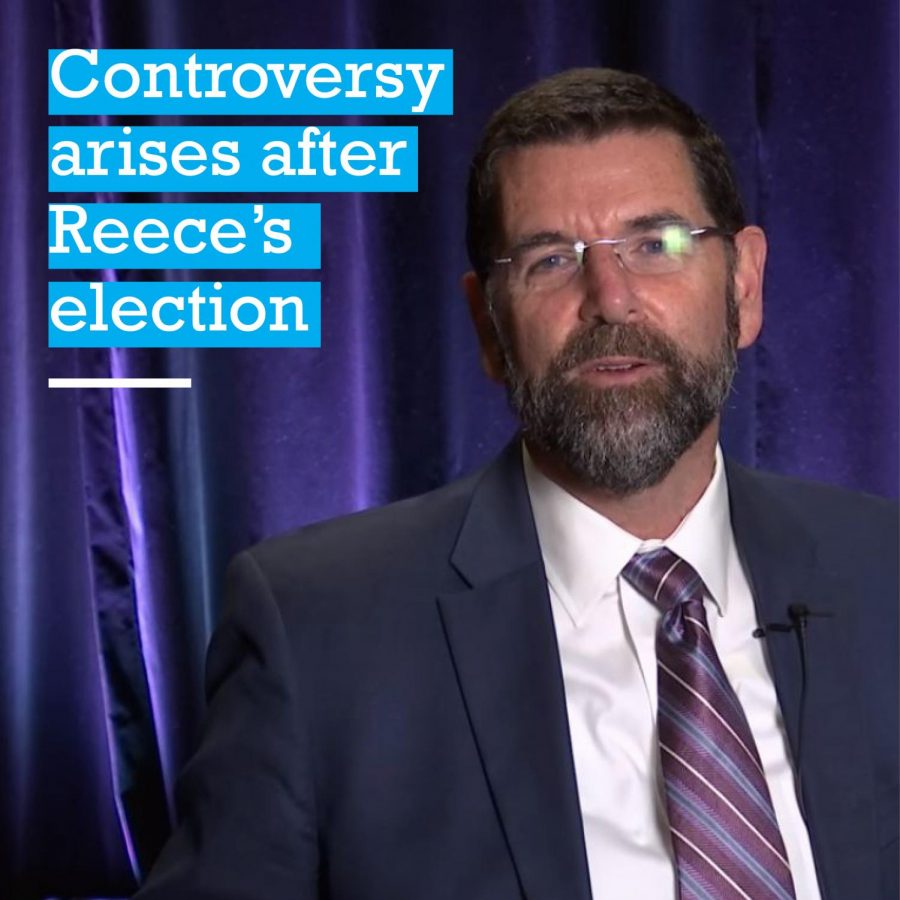 A snippet taken of former president of Norco College Bryan Reece discussing his vision for 2018 on Norco College’s YouTube Channel.

The Contra Costa Community College District Governing Board has faced backlash by several members of the United Faculty union (UF) over the recent search for the new permanent chancellor.

The search for a new chancellor was restarted in September after an earlier attempt was halted due to the COVID-19 pandemic.

However, UF members have openly criticized the board for voting not to renew the contract of current interim Chancellor Eugene Huff.

“This is a difficult time where we are trying to provide high quality instruction online, and deal with the COVID crisis, the social justice crisis and the smoke crisis,” UF member Jeffrey Michels said. “For members of the board to completely destabilize the district and distract everyone is just incredibly irresponsible.”

The decision not to extend Huff’s contract was a 3-2 vote, and members of the UF have begun to speculate why the board made the decision.

“I think this particular search is problematic because of the specific board members who seem to be operating on their own agenda for their own personal and political reasons,” Michels said.

The UF expressed frustration with the governing board announcing the finalists for the position: Bryan Reece, Ph.D., and Raúl Rodríguez, Ph.D.

“This should have been a failed search,” Michels said, “Good candidates pulled out, and the board has not responded in a responsible way.”

Michels says that Rodríguez, who has since withdrawn from candidacy, has a “long track record,” which includes allegations of financial mismanagement and labor unrest, while Reece, who has been selected to become the new permanent chancellor, “lacks the experience.”

Governing board member John E. Marquez said Rodríguez “came across well,” and that he would have voted for him as chancellor.

“Although I would like to see a Latino administrator for the Contra Costa Community College District, I want a good one,” Marquez said. “I don’t want somebody just because he or she is Latinx. It has to be a good person, and someone who could represent our community well.”

Marquez also said the governing board does not manage the search for chancellor, but instead has the last say.

According to Board Policy 2057, the board is not responsible for screening or interviewing the initial candidates.

“You really can’t blame us,” said governing board member Greg Enholm. “There are candidates that are not liked, but we have no say in the matter until the final stages, and I think that is wrong.”

UF members have acknowledged that a permanent chancellor is necessary, but said now is not a good time.

“I agree we need [a new chancellor], but timing is everything,” UF president Donna Wapner said, “We should continue at the moment with an interim chancellor, and start the search again when it is appropriate.”

Andy Li, a member of the governing board, defends the idea of finding a permanent chancellor during these trivial times.

“Right now, we are in a pandemic and a recession,” Li said, “Our district is in stable condition and we are financially sound. I would like to have stable leadership to lead us through this, and then we can start thinking about making a change.”

Enholm and board member Vicki Gordon both voted for finding a permanent chancellor and are each up for reelection this December. UF leadership is hoping to elect someone new.

“It is evident that [Enholm and Gordon’s] time is done. They are no longer serving the public, community or student’s interests,” Wapner said.

A district investigation earlier this year found that Gordon acted inappropriately and was the subject of multiple complaints. During the last month, the Academic Senates and Classified Senates of both Diablo Valley College and Los Medanos College have issued declarations of no confidence in the governing board.

If everything goes as planned, a contract will be reached and then reviewed during the Oct. 14 governing board meeting where Reece will officially take the position as permanent chancellor.