Students struggle to recover from after-effects of wildfires 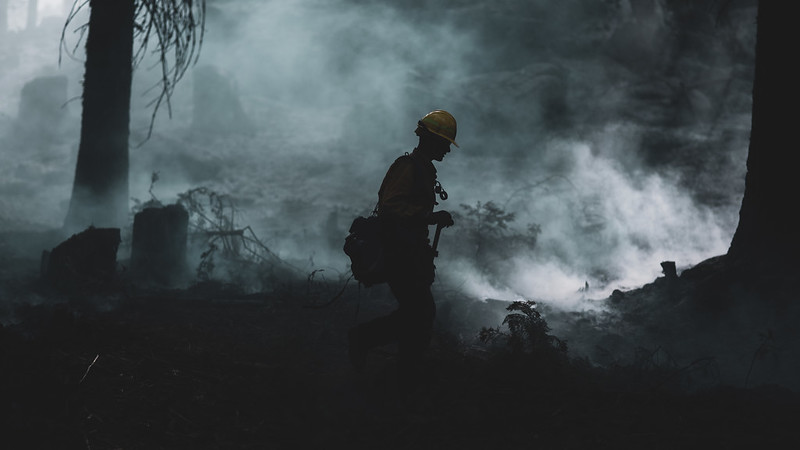 A fire started by a “smoke-generating pyrotechnic device” swept through the Sierra National Forest and the town of Big Creek, California on Sept. 5.

According to the San Francisco Chronicle, the “Creek Fire” has burned over 300,000 acres across California and has destroyed over 900 structures. It is one of the biggest fires in California history.

Many people were affected by the intoxicating smoke in the air and Contra Costa College was no exception. Many students had their health affected by all the smoke.

Some were forced to stay inside because the air made them sick and got in the way of their work. Others felt increased anxiety and stress.

“I am still recovering from a fever I had a few days ago and due to the smoke in the air, I’ve had a lot of pain in my chest and shortness of breath,” Munoz said. ”I am doing all right now as time goes on and my family is fine as well, but it has definitely been tough.”

“When the smoke and the fires were at their peak, it was hard for me to go to work because I couldn’t stay outside for too long without feeling sick,” he said.

“It was a very unpleasant experience leaving home with the aroma in the air and how the sky looked,” Arreguin said. “Luckily, it didn’t have any major effects on me and my family because we took the necessary precautions to stay safe.”

Some students also felt a spike in anxiety due to the fires.

Jalaal Dirbas, a second-year computer science major, said “the arrival of the California smoke affected my life in a lot of negative ways.”

“The smoke has increased my anxiety and it became a large distraction to my studies,” he said. “Me and my family have made a great effort to stay indoors and we hope the smoke clears up soon.”

For everyone’s safety, it is highly recommended to stay indoors and continue wearing masks outside.

AirNow is a partnership among several government agencies, including the National Oceanic and Atmospheric Association (NOAA) and NASA.