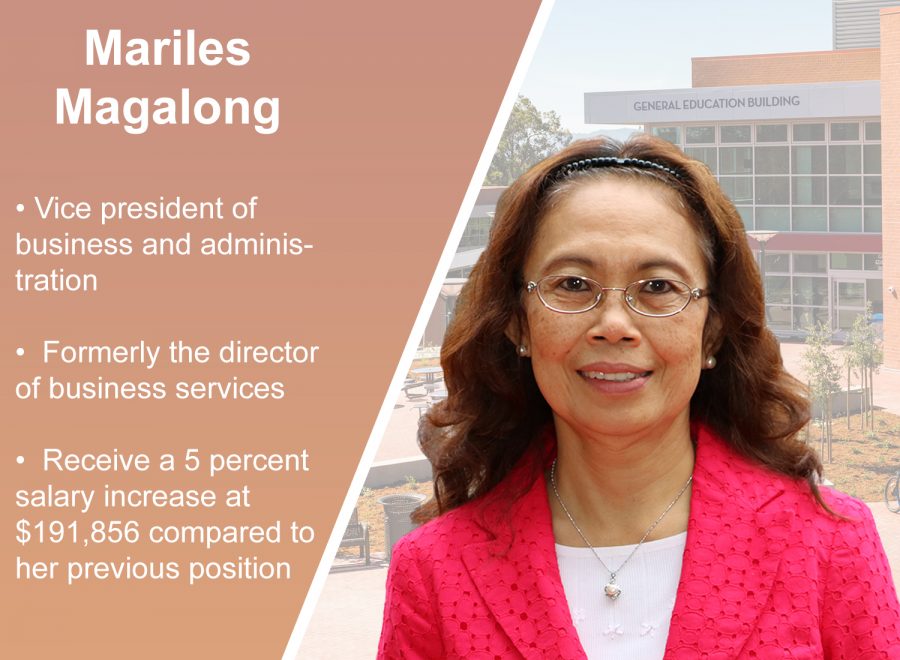 Contra Costa College has officially hired Mariles Magalong as the new vice president of business and administration as a part of the college’s reorganization process.

Magalong was formerly the director of business services.

Magalong said she has been doing vice president work since July 20 and will receive a 5 percent salary increase at $191,856 compared to her previous position.

As director of business services, Magalong oversaw all business and financial affairs at CCC, specifically personnel and custodial services.

“A vice president oversees academic, student affairs and/or support services programs for a college in the district and serves as an assistant chief executive officer for the campus. Incumbents receive very high-level direction from the college president,” the job description reads. “The president reports directly to the district chancellor and is the chief executive officer of the college, and thus is responsible for the entire delivery of educational and other services provided by the college.”

However, this decision has come with concern from the Classified Senate. The majority does not agree with the three vice-president structure, a new system CCC is implementing. This plan includes also hiring a vice president of instruction and vice president of student services.

Anonymous comments presented during a Classified Senate meeting in September stated that some staff believe the three vice-president structure is unnecessary and an irresponsible use of funds.
Another comment suggested funds to hire the vice president position could be spent on hiring more classified staff instead.

Because of the switch to remote learning, however, the college did not rehire a significant amount of part-time and hourly staff.

This has caused concern within the Classified Senate, as some members note they’ve taken up a heavier workload since the COVID-19 pandemic began.

Gibson said the Classified Senate has formed a subgroup to present these concerns to the college.