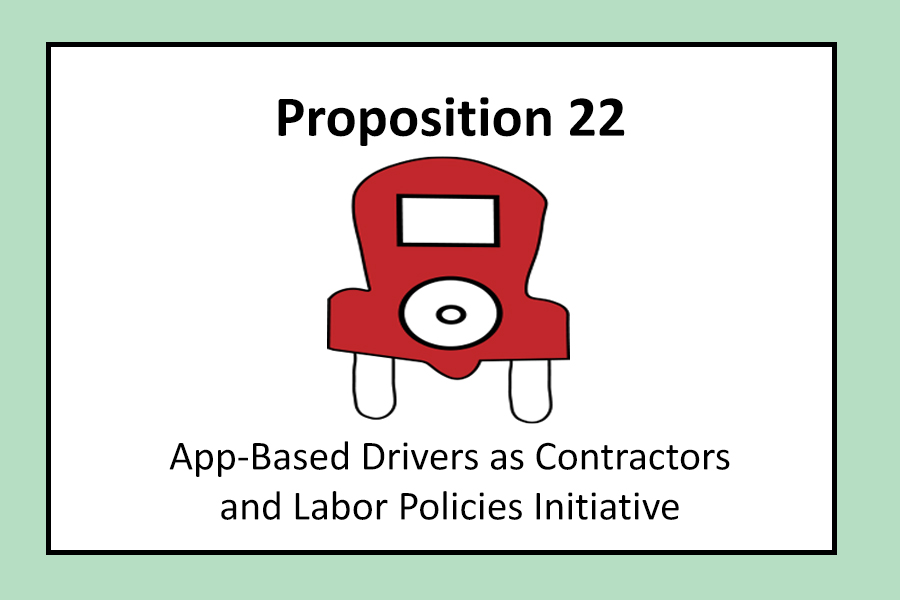 Proposition 22 is on the ballot on Nov. 3 and has seen a heavy amount of advertising all over the state. The main funding for the ads comes from rideshare companies such as Uber, Lyft, and Doordash.

Proposition 22 is designed to exempt gig companies such as Uber and Lyft from California Assembly Bill 5 (AB5).

Proponents of Proposition 22 state that it would guarantee gig workers some limited benefits and protections, as they currently have none.

Proponents also claim it would address long-term accountability issues in the industry. Issues such as workplace discrimination, sexual misconduct, lack of background checks and drivers working more than twelve hours per day.

However, the guaranteed wage floor is only for “engaged” driving time, which is the time between a driver accepting the service request and completing the request.

UC Berkeley’s Labor Center did a study tracking time between rides, wear-and-tear on the driver’s vehicle, and found that the wage guarantee dropped to just $5.64 an hour. In response, Uber and Lyft conducted their own study, which claimed drivers could make between $25 and $27.

Critics of the bill claim that Uber, Lyft, and other corporations are using the proposition to be legally allowed to refuse their workers basic rights and protections.

It is also argued by critics that these companies already perform required background checks, and the proposition would eliminate required sexual harassment training and the obligation to investigate sexual harassment claims from drivers and customers.