New 4CD Chancellor Bryan Reece has known hardship, which motivates him to close the equity gap 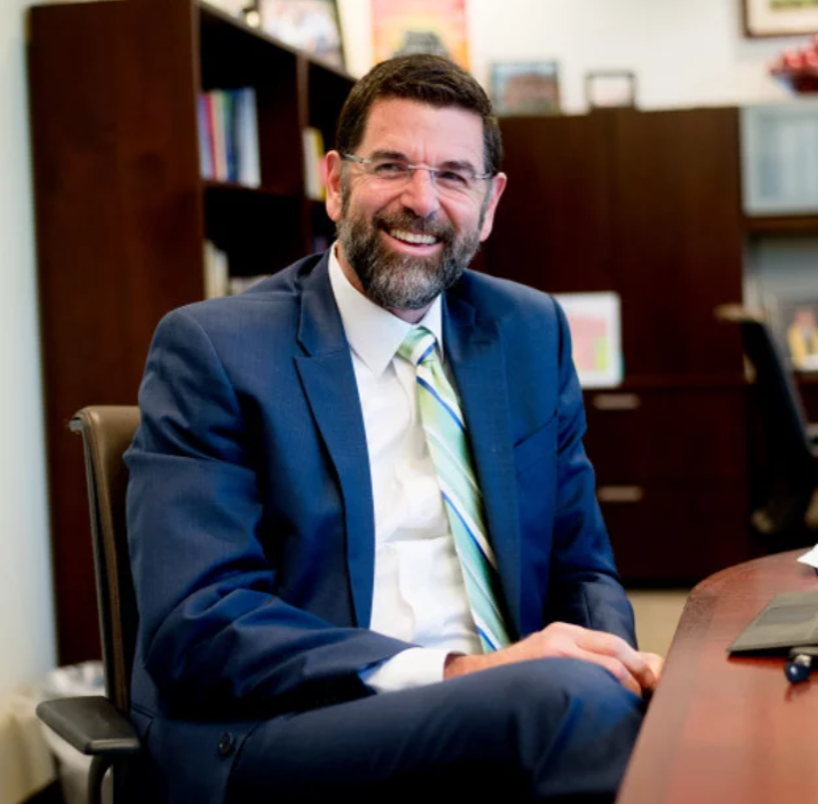 Taking office as Contra Costa Community College District (4CD) permanent chancellor in early November, Dr. Bryan Reece has come a long way from being a dairy hand in the 1980s.

Reece was born in Norwalk, California. Coming from a blue-collar family, nobody in his family ever graduated from college, Reece said.

In high school, Reece worked as a dairy hand at Hafliger Dairy.

“When I was in high school, my parents ran into a little difficult spell and I needed to get a job to help pay some bills,” said Reece.

In Reece’s senior year, he decided to ask his manager, Hank Hafliger, to be a full-time worker on the dairy farm. Reece’s request was rejected “without missing a beat,” according to a first-person video Reece shared on his website.

With help from his manager, Reece switched to an academic path and was accepted into California Polytechnic State University with a Dairy Science major.

Reece then decided to transfer and was accepted into the University of Southern California and changed his major to political science.

His academic career at USC started on the wrong road, Reece said, and he finished his first year on academic probation.

“I had a good friend in college. A number of students and a couple of faculty members came around and really encouraged me,” said Reece.

In 1991, he took a job as professor of Political Science at Cerritos College in Norwalk, and has worked at several colleges in the past 30 years.

“I realized that college… it’s almost guaranteed to change your life if you do well,” Reece said. “It’s kind of changed the trajectory of my whole life.”

While teaching in higher education, Reece began to outline the issues in community college he wanted to change, such as the equity gap.

“We have groups of students that are doing well and experiencing success in higher ed, and we have some groups that are not experiencing success. Those often come from communities of color, immigration, or of low-to-moderate income,” he said. “My number one goal is to figure out how we create hybrid environments where those equity gaps disappear.”

Reece was inspired after serving as Faculty Senate president from 2007-09 at Cerritos College.

“I started realizing: if we can organize and collaborate as an academic community a little more effectively, it might help students,” he said.

Reece advanced to interim Dean of Humanities and Social Science at Cerritos College in 2009. The following year, he became Dean of Academic Success and Institutional Effectiveness and provided academic support services to students and faculty campus-wide.

To help with his goals to improve college for students and faculty, Reece began pursuing higher administration positions, he said. In 2013, he was hired as Vice President of Instruction at Crafton Hills College.

In 2017, Reece was hired by Norco College in Southern California as President, following his experience in previous administrative positions.

According to Reece’s website, he implemented an Educational Master Plan and Facilities Master Plan. He also states he narrowed the equity gap for colored students and improved enrollment with increased college outreach.

Despite strong campus support, his contract as President of Norco College was terminated in June 2019 for undisclosed reasons, according to Inside Higher Ed.

Reece continued to establish numerous projects focusing on equity issues. He founded NPACC, the National Policy Agenda for Community Colleges, which addresses social justice and equity issues at the national level through the work of community colleges.

Reece was elected permanent chancellor for 4CD on Nov. 1.

When asked about new aspirations as college district chancellor, he said: “It’s the same goal: My number one goal is to figure out how to close this equity gap.”

“What I’m interested in is participating and belonging to teams that can really affect and create and build on the great work that’s going at our three colleges,” Reece said.

4CD Board President Rebecca Barrett said, “(Reece) has a great vision. He’s clearly a leader who likes to have a clear vision and set a plan.”

Reece’s perspective has been shaped by hardships in his youth, he said. During his high school years, Reece’s father died, pushing the family into poverty. Growing up with adversity and needing to support his family has influenced his views on life, Reece said.

“I feel a strong desire to help people out who are in situations like that… I feel like we can build institutions that give people the opportunity to have access to degrees, the kinds of jobs that are available to people who do well in education,” Reece said. “I’m really interested in working with communities that are building institutions like that.”

Reece also expanded the Veterans and Prisons Education Program at Norco College, offering courses to 2,400 inmates at California Rehabilitation Center, where they can earn an associate’s degree in Sociology.

“It’s for us to help them have a better experience and to provide additional resources,” Reece said.

“I believe his background and experience align well with the District’s goals and efforts in improving achievement gaps and advancing social justice,” said former 4CD interim Chancellor Gene Huff. “It’s clear these are areas in which he is passionate. He brings a lot of creativity and positive energy.”

One month in as the new district chancellor, Reece looks forward to improving community college for all students and faculty, he said.