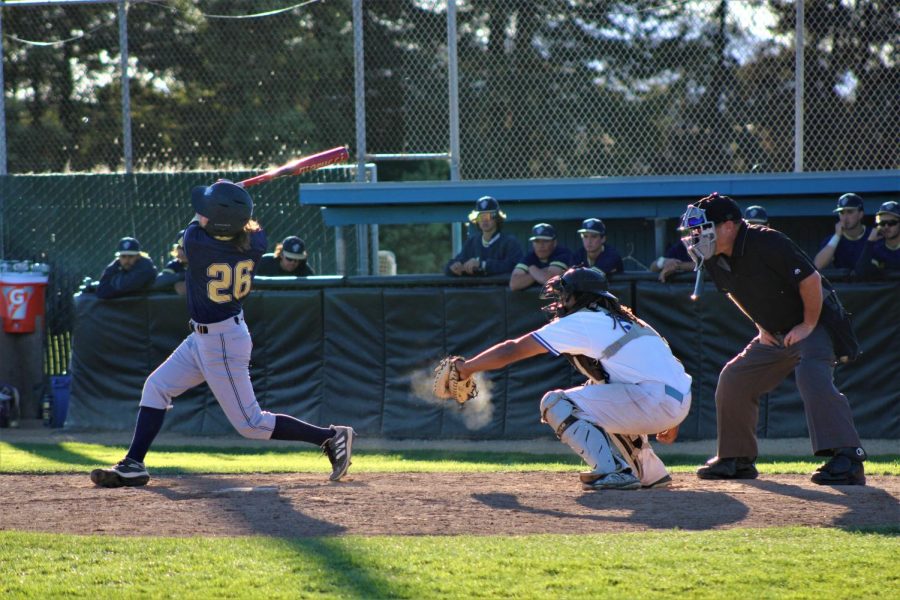 On March 10, the Comets baseball team beat Yuba College 6-5 in San Pablo for their third consecutive victory, defending their home field in each of the three wins.

“We’re taking it one game at a time and believing in each other,” said Comets starting shortstop Josh Fairchild.

After being outscored by 148 runs and shut out four times en route to losing their first sixteen games of the season, the baseball team’s quick turnaround is in part due to schedule strength.

Guinn also partially attributed the team’s ability to make it through the tough stretch of season and continue their modest winning streak by defeating Yuba college to his assistants.

“Our coaching staff has done a great job keeping morale up,” he said.

With Yuba College having a runner in scoring position and two outs in the ninth inning, Comets second baseman Hiram Aviles made his second of two back-to-back spectacular defensive plays, securing the victory in style.

Up two runs entering the ninth, the Comets brought in freshman Carson Williams to toe the slab and close out the game.

After retiring the first two batters, Williams let three straight batters reach base and one touch home as the lead shrunk to a single run. However, the freshman hurler showed poise as he battled his way through the final frame to earn the save.

“I feel juiced, I’m pumped, it was my first time closing and it feels great helping us get a win,” said Williams.

Fernando Duenas started the game on the mound for the Comets and turned in a respectable outing.

“I feel pretty good about it, it’s only my second start of the season but I definitely could have done better,” said Duenas, adding that he wants to work on keeping the ball down in the zone to prevent hitters from making solid contact.

Following Duenas, the Comets relievers came in a combined for an impressive performance on the rubber.

“They came in and threw strikes, and let us play defense,” said Guinn.

Having scored six and eight runs in their previous two wins, the Comets bats remained consistently hot throughout Thursday’s contest.

Following the game, the Comets and Yuba College now have identical overall records at three wins and sixteen losses, positioning them seventh and eighth in the Bay Valley Conference standings, respectively.

Moving forward, the Comets travel to Marin to begin official conference play against the Mariners on March 15, where they will be looking to extend their winning streak to four games. Having lost their first nine games on the road, the Comets could use a victory away from home.

The Mariners sit fourth in the Bay Valley Conference standings with an overall record of nine wins and ten losses, so the Comets will aim to make up some ground over the three-game series.

While Contra Costa rival Los Medanos College is in first place in the Bay Valley Conference, that team has nine losses themselves and there’s over half the season left to play, so the conference title or  a playoff berth is still well within the Comets’ grasp despite their slow start out of the gate.

Guinn and his squad have high hopes, but are taking it “game by game, and pitch by pitch,” he said.

Losing streaks are never easy, but the Comets have shown resolve and determination as a team. Now they’re reaping the benefits and are well prepared for the challenges that lie ahead over the next two months.

“We’re being good teammates to each other, picking each other up, and that’s what makes a winning team,” said Williams.

“We know we have the talent, we just have to put it together and play hard,” added Fairchild.