With only days left until Election Day, voters decide on legislation, leadership 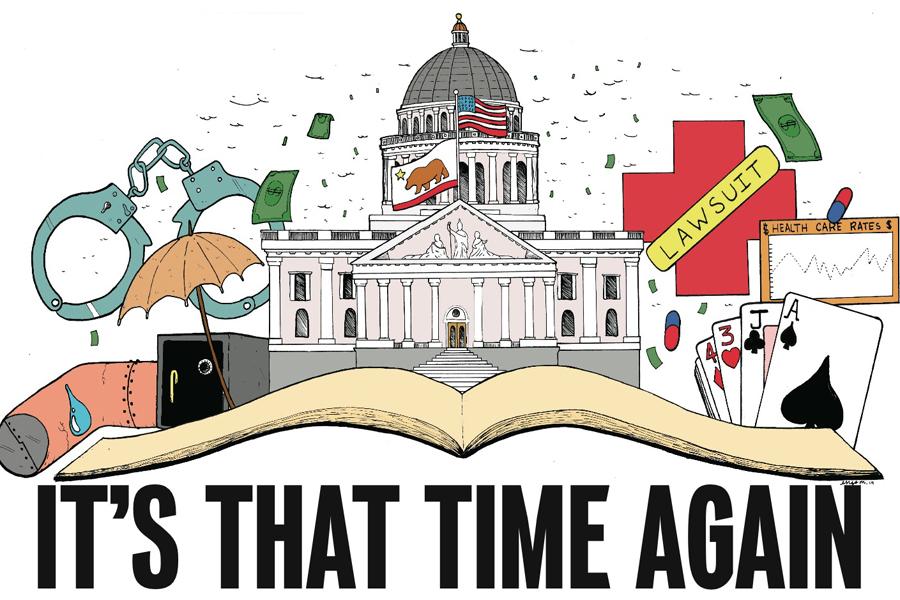 Richmond, Calif. — City of Pride and Purpose. Though the pride of this city is indisputable, what the community believes is their city’s purpose is certainly open for debate.

Residents have a chance to shape that purpose on Tuesday. Their decisions in the local election will determine future leadership, both incoming and incumbent, and pass the measures and propositions that will continue to grow the community in which they live.

In a ploy to shift the balance of the Richmond City Council to ease the grip of local regulation and the environmental accountability demanded of the oil giant, the Chevron Corp. has funneled millions into supporting its preferred candidates and opposing candidates who are regularly critical of the corporation’s local facility, the Chevron Richmond refinery.

Richmond’s reputation as a company town was shaken when a progressive majority, led by the current mayor, Gayle McLaughlin of the Green Party, was elected to the City Council in 2010. For the first time in its history, Richmond sued Chevron in 2013 for damages caused by a fire at the company’s Richmond refinery the year prior.

A year later, Chevron introduced a community benefits agreement in which $90 million would be given back to the community, $35 million of which, since remedied to account for a foundering local hospital, would be used to create a scholarship fund to send Richmond high school students to college.
It is known as Chevron’s Environmental and Community Investment Agreement. According to Chevron representatives, the Richmond community will only be provided the investment agreement if the Chevron Richmond Refinery is given the go ahead by the court to begin its $1 billion modernization project, which is currently tied up in litigation with Communities for a Better Environment.

As the election draws nearer and campaign ads arise from Chevron-funded independent expenditure committees in defense of candidates seen as progressive, a haze has formed around who exactly is backing who and for what purposes.

At a crossroads
Since a progressive majority took hold of the Richmond City Council in 2010, politics in a once-regarded company town grew contentious.

Mayoral candidate and current Councilman Tom Butt said that the council is a “divided council,” on which he is “part of the five-person majority.” He said the division has been brazen for the better part of the last four years.

Another mayoral candidate, Council-man Nat Bates, said he believes a change in leadership is necessary to increase the overall level of cooperation on the council, attributing the tense and disagreeable air of council meetings to a lack of leadership qualities on McLaughlin’s part. Bates said Richmond deserves levelheaded and scrupulous officials who will do well to arrive at a reasonable consensus and maintain order.

“We’ve got to come together and work as a team toward a common cause, something we have so far been unable to do,” Bates said.

Although all current council members supported a citywide minimum wage increase, Councilman Jim Rogers said the city needs to create equilibrium between the viability of employers to pay a living wage and the cost of operating a business in Richmond.

Current council candidate and Vice Mayor Jovanka Beckles said when the plans for the wage increase were drafted, councilmen Rogers, Bates and Courtland “Corky” Booze opposed an increase for those under the age of 18 and for those who work jobs dependent on tips.

“It passed without those exceptions,” Beckles said. “Young people under the age of 18 are just as likely as adults to be working to live, and not only for themselves, but for their families to live.”
An incremental increase to be accounted for each year, the minimum wage in Richmond will be $13 an hour by January 2018, Beckles said.

Another hotly divisive issue for the City Council is corporate influence and the significance of the Chevron Corp. in Richmond. Only time will tell how the next elected council members will handle relations with the company, which, according to progressive candidates, may be exonerated of payments due to the city as demanded by the 2013 lawsuit over the refinery fire.

Mayor McLaughlin believes a Chevron-sympathetic council could reduce the reparations costs, if not throw them out all together. McLaughlin and Beckles said they want to hold Chevron fully accountable.
Leonard McNeil, adjunct political science professor at Contra Costa College and former mayor of San Pablo, said, “Richmond is at a crossroads. Voters have to choose whether to align with corporate interests or to align with progressive interests.”

Petroleum and progressives
The fire that led to the lawsuit against Chevron Richmond refinery was caused by a pipe rupture, which shut down the refinery’s no. 4 crude unit for months and sent about 15,000 residents to nearby hospitals with various claims to contingent ailments.

The full repercussions of this incident may cost the corporation hundreds of millions of dollars — a staggering difference from the few million that has already been sunk into support of Chevron’s preferred candidates.

There’s also the ECIA, which progressive Richmond City Council candidates have deemed a bribe.
At the Oct. 21 City Council meeting, Chevron representative Heather Kulp said, “The availability of the existing funding from the investment agreement is liked to our ability to implement the modernization project.”

Beckles said such a contingency is preposterous and that the two are completely separate matters.
“It (the ECIA) is pretty much a bribe, and almost extortion really,” she said.

Beckles, along with McLaughlin and council candidate Eduardo Martinez, make up Team Richmond, a group of liberal candidates who are supported by the Richmond Progressive Alliance and who promote sustainable energy sources beyond fossil fuels.

Chevron’s modernization project calls for a new hydrogen plant to update the 1960s-era one currently in operation, and includes sulfur removal infrastructure improvements. A representative from CBE, a group currently tied up in litigation with Chevron over the project, was unavailable as of press time Tuesday.
In reference to Chevron’s influence over Tuesday’s election, Braden Reddall, media adviser for the Chevron Corp., provided the same statement offered to other news outlets.

Bates, stressing that he is neither anti- nor pro-Chevron, said it is narrow-minded to not ask necessary questions before taking a stalwart stance for or against anything. Though Bates has been endorsed by the independent expenditure only committee that Chevron has funneled millions into, as a legal stipulation of the committees involvement, they are not allowed to work collaboratively or even discuss the campaign with him, thus he has no control over the types of ads they run in his favor nor the cost of those ads, Bates said.

“My commitment is to the people who vote for me,” he said.

Democracy for sale
McNeil, also a former San Pablo City Council member, said it is possible that the transparency of Chevron’s campaign contributions may actually end up harming a candidate. Aside from being a red flag to voters that corporate interests are underlying the campaigning, the style of campaigning is also negative and offensive.

Dr. Palacios said the dirty campaigning is “really disturbing” and likely to disenfranchise young voters who only see the electoral process as a mud-slinging contest.

McNeil said, “It turns people off from politics. In some cases, it may be the only model of politics some people see.”

Alex Knox, campaign coordinator for mayoral candidate Butt, said the type of campaigning Team Richmond and other candidates are using is considered grassroots.

“There have been tons of individual contributions, the vast majority of which were made by residents of Richmond,” Knox said.

As of earlier this month, a political action committee was formed in support of progressive candidates, as well as Councilman Jael Myrick and Butt for mayor, called Richmond Working Families PAC. The new PAC has raised $50,000 to independently campaign for their preferred candidates.