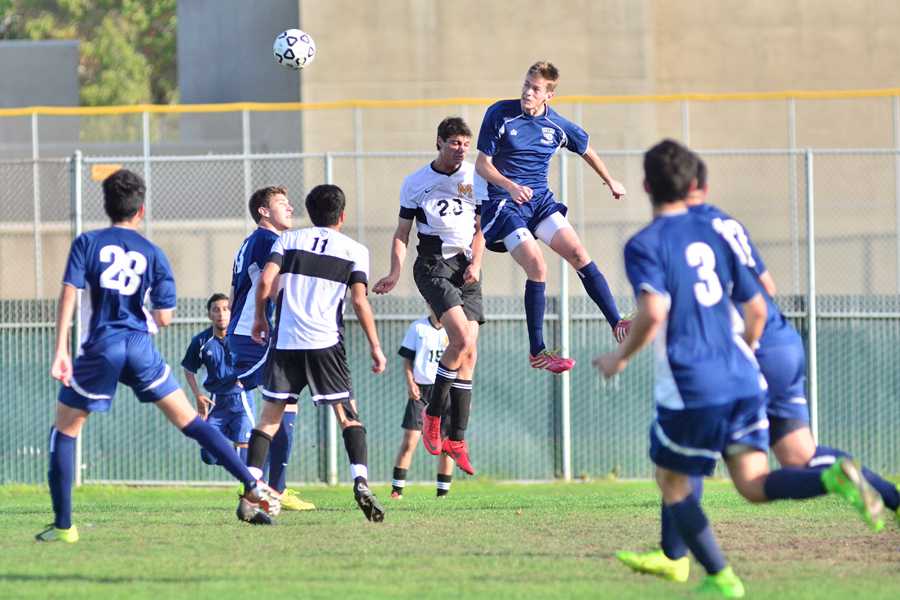 Despite having a new coach and a freshman heavy roster, the men’s soccer team was able to finish in second place in the Bay Valley Conference and secure a playoff berth.

Contra Costa College (11-7-3 overall, 8-3-1 in the BVC) was knocked out of the Northern California regional playoffs in the first round after being shut out 3-0 at Fresno City College.

The Ram’s coach Eric Solberg has been coaching men’s soccer for ten years and with this win against CCC, he broke a school record for most wins as a coach.

“This is a first year guy coaching a young team. It was a crazy game and the score is not indicative of the way these guys played,” he said.  “I got to give (CCC) props for creating a good stepping stone for next year. We will be sure to keep up the rivalry.”

The Comet’s finished 12th in the 2014 Regional standings. The top 14 teams are invited to the post season. This is a feat CCC has not achieved since 2005.

Ferguson said while Mendocino College and Folsom Lake College were added to the BVC to create a more competitive season, “we were able to make the playoffs because we tied with Santa Rosa Junior College, which gave us a higher power point ranking.”

CCC also had more games to play this season than in comparison with former coach Rudy Zeller.  During the 2013 season the soccer team finished (11-6-3 overall, 7-2-1 in the BVC)

Comet sophomore center back Bradley Alman said he was skeptical that the team would be able to do better than last season with such a young squad and the stark contrast in individual talent.

“I didn’t expect to make the playoffs,” Alman said. “But this year we had great chemistry this year and all started with coaching staff engraining into our heads that we would not win games if we couldn’t trust each other.”

On Nov. 10, CCC was losing 3-0 at halftime against SRJC. The Comet’s were able to score four goals within the final ten minutes of the game to lead 4-3 but gave up a stoppage time goal to cede the victory.

Ferguson said it helped the team “immensely” and propelled it from 14th place in the region to 12th.

“That game summed up our season,” Alman said. “It showed that we never gave up even after we lost a few games. Tying that game cost us a lot but fact we battle back and could have won the game is a huge credit to this team.”

The Comets solid defensive backline managed to shut out opponents in 10 games. It earned the team a 10th place among most shutouts.

Its offense however struggled to score with only scoring 33 goals overall, 20 of those goals were scored in conference play.

Six Comet players were selected to be part of the BVC all conference teams and individual awards.

Alman also won Defensive MVP and Defensive player of the year in the BVC.

Next season the Comet’s will be without center defensive back Charlie Mendoza, Alman and right defensive full back Enri Refunjol because their eligibility is up.

Bob said he is excited what another season playing for the CCC soccer team will bring.

“We will have a good amount of returning players. We are going to lose two important center backs and a left back but we have enough good players to get us back to this spot next year.”