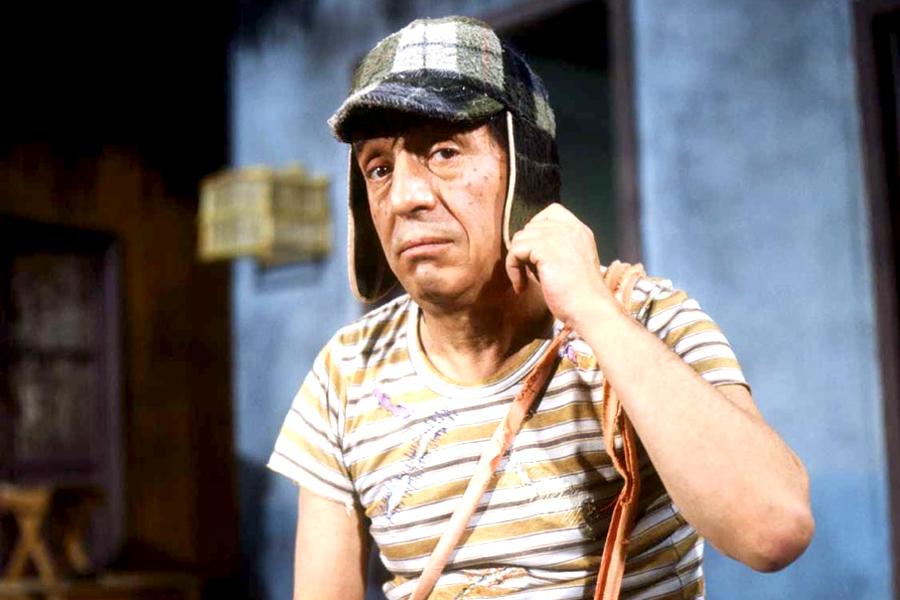 A former amateur boxer, Bolanos used hard work and creativity to survive in an era when many American shows were being imported into Mexico with Spanish dubbing.

His show aired from 1971-1992 and featured a variety of characters who were so popular many became spin-offs into their own shows.

Critics argue that a lot of his characters were poor and without any aspirations.

Others thought he took too light of a stand on bullying because a lot of his characters are, or were, bullies.

Bolanos lived up to his real life nickname, Chespirito, which loosely translates to little Shakespeare.

The name was given to him by a producer (during his early writing career) who was amazed at the rate at which Bolanos created characters.

Chespir is the producer’s phonetic pronunciation of Shakespeare-(ito), a diminutive used in Spanish.

After initial performances on screen and as a successful writer, Bolanos went on to create and produce countless on-screen and literary projects.

And although his television show was seen as apolitical, in his later years the actor found himself taking a more visible stand for causes he truly believed in.

Bolanos was born in 1929 in Mexico City.

He studied engineering at the National Autonomous University in Mexico.

His father was a cartoonist by trade and his mother was a secretary fluent in both English and Spanish.

His only sibling, a brother, often joined Bolanos on the show “El Chavo Del Ocho,” as Godinez.

Instilled in the hearts of many, his most recognized phrase in his show “Chespirito,” “¿No contaban con mi astucia?” (you didn’t count on my cunning?), will continue to live on as well as his witty humor.

His were shows that in the eyes of some embodied the morality of the Hispanic middle class of that time period.

Rather than delve into the seedy aspects of society, he chose uniting people across social boundaries with universal humor.

However, some say the majority of his comedy was made at the expense of others’ deficiencies.

His international appeal was on full display in February of 2012.

A celebration of his work was held at the Auditorio Nacional and attended by various entertainers and dignitaries from more than 17 nations. Despite his ailing health, Bolanos was in attendance.

The event was broadcast to multiple nations around the world.

When Bolanos died, Mexican President Enrique Pena ordered his body to be displayed for fans in Mexico’s Palacio de Beautiful Artes, as has been the case for other nationally acclaimed artists and entertainers.

The building proved to be too small and the event was moved to Mexico’s largest venue, Azteca Stadium.

The 40,000 in attendance donned costumes of his most famous characters while singing and dancing in celebration of the beloved entertainer’s life.

In many homes throughout North America, Bolanos’ variety shows served as a bonding tool for families across generations.

When the news of his death spread, people of all ages recounted tales of watching El Chavo on their abuela’s lap, or gathered around family televisions to see authentic original entertainment that wasn’t centered around overly sexual topics.

A sense of nationalistic pride surrounds the memory of the Mexican trailblazer. Even when parodies of original Mexican programs are created on American shows, like “The Simpsons,” it will usually be one of Bolanos’ universally recognizable characters who gets mocked.

His shows define what the history of Mexican television is more than any other person or entity to date.

Bolanos was also a composer who started music as a hobby and later began to produce music for his own comedic episodes.

He expanded his musical workings, which led to creating theme songs for a number of telenovelas.

His live stage comedy, “Once y Doce,” produced in 1992, is still the most successful theater comedy production in Mexican history.

Bolanos is survived by his wife Florinda Meza Garcias, his companion of more than 27 years. They married in 2004. He also has six children and 12 grandchildren. He was buried at the Panteon Frances in Mexico City on Dec. 1.