‘Greatest administrator that ever lived’ 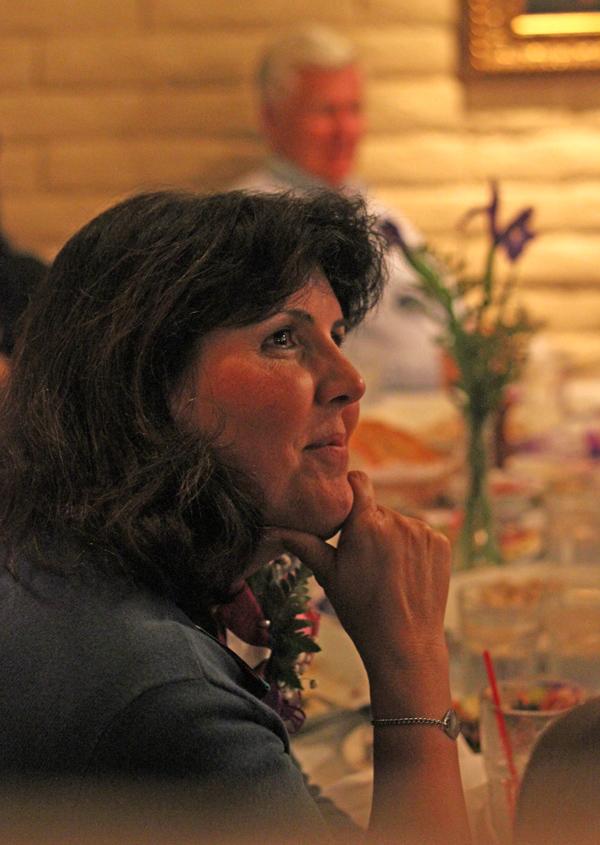 Recognized as the “greatest administrator that ever lived” by district Chancellor Helen Benjamin, Melody Hanson finds herself relaxing in the comfort of her home after 32 years of hard work dedicated to Contra Costa College.

She retired from the district in August.

As senior executive administrative assistant to the president, Hanson managed phone calls, mail, donations and appointments for the college president, but did not limit herself to only that. She took on different roles.

When Hanson was offered a job for the College Foundation, she accepted the position and worked hard as if it were the only position she had.

She played an active part on the Foundation, and just as she maintained her other duties, she worked hard to stay updated with everything that went on.

“It takes a certain kind of character to be given that opportunity, and Melody had it in her,” speech department Chairperson Sherry Diestler said.

A modest Hanson said, “I was a glorified secretary.”

Hanson said she will miss talking to students and faculty the most. Her job was one thing, but the relationships she built made it worth her while.

She referred to them as her “comrades in arms” because of the deep connection formed throughout the many years of working side by side with them.

“She didn’t know us just as staff, but a little bit of us,” Marketing and Communications Coordinator Michele Jackson said.

Jackson recalled one Halloween when some of the faculty members dressed up as pirates and Hanson took it on herself to make pouches for all of them. They were a part of their costumes. Jackson said she still has hers.

Hanson’s ability to care shaped her actions and how much she did for the college.

She knew that everyone comes from different walks of life and that was something that she enjoyed about being around everyone at the campus.

She said she did her best to stay involved on campus and would not change a thing about her time at the college because it brought her so much joy.

Journalism professor Paul DeBolt said he would see Hanson rushing through the hallways trying to get her job done. She was a great worker and a great resource on campus, DeBolt said, like the “encyclopedia of the college.”

Another of Hanson’s little projects was making a list of all of the staff and faculty phone numbers for easier availability to everyone else.

Hanson kept everyone up to date when one of the faculty members retired. She would make sure everyone knew that someone was leaving and offered support by organizing retirement dinner receptions.

For her retirement party, a lot of the people who she once supported and advocated for were present. She said she was pleasantly surprised with the number of people who were there for her.

“It (the college) taught me to be versatile — it got my creative juices flowing,” Hanson said.

Adapting to different personalities on campus and learning how to use new technology enabled her to accept change and develop a higher level of patience, she said.

“I like to think that I can help people,” she said.

She said she appreciated the different personalities and if an opportunity opened up for her to lend a helping hand, she would help them out.

When she retired in August, Hanson left a seat that will be difficult to replace, Diestler said. When Hanson took on a job, she dedicated her time to fulfill it to the best of her abilities.

When Hanson was on campus, her presence was known. She was actively involved in the college’s foundation as well as in creating a sense of organization for those around her.

She was well informed on how the college’s foundation was doing because she genuinely cared about it and the people involved.

Hanson helped out on the college’s Hall of Fame, the event that honors those who attended the college and made a difference in the community. She also helped out for the Zy and Beverly Zell Swinging for Scholarships Golf Tournament, among other things.

“I learned to live with no regrets. Regretting is a waste of time,” Hanson said.

Before being involved with the college, Hanson had plans on being a police officer. She got her associate degree from CCC and received a master’s degree in criminal justice.

Although she did not follow up with her previous plans, she said she was content with everything that happened while she was at the college.

Attending CCC gave Hanson the experience that allowed her to be aware of the things that mattered for students and faculty.

It was through the college that she met her husband, David, while taking criminal justice courses.