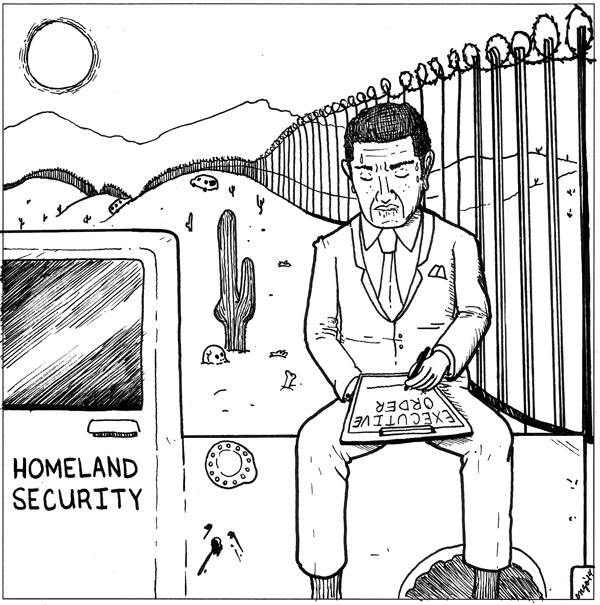 House Republicans worked themselves into a full rage spiral over President Obama’s recent executive order to bring roughly 5 million migrant workers out of the shadows and into society where they belong.

The executive order to expand the Deferred Action for Childhood Arrivals (DACA), allows people who arrived here illegally as children to apply for deportation deferrals. Before, there was a cap on eligibility at age 30. Now there is no age cap, and recent arrivals also qualify.

Obama’s action relieves the stress that can be placed on families who constantly have to worry about a loved one going off to work one day and possibly never returning. Immigrant parents who have children born in the U.S. are now protected from deportation, providing they have been here for five years.

The order stops short of offering a full path to citizenship, and applicants have to re-apply every three years.

In polls conducted by both CNN and ORC, “average” Americans are not nearly as angry as House Republicans are. While 56 percent of the people disapprove of the president’s order, 72 percent agree with what the plan does to help people.

As of today, a collection of 20 states are prepared to sue President Obama for his decision to move forward without the support of Congress for immigration reform.

The common sentiment is that three years of protection is better than no years. The opinions of those being affected are ranging from how valuable immigration reform like this can be to how dangerous the entire situation could eventually turn out to be.

By applying and registering as undocumented citizens, there are fears of mass deportations, once the Obama administration is no longer in office.

Clearly, overarching immigration reform passed through Congress would be the best solution. But this Republican incarnation of an America that does not house and harbor immigrants of all kinds simply has no interest of improving the life of any non-Republican registered American.

The president uses this issue as a political football, using the argument to gain supporters for his decision, while Republicans argue among themselves about shutting down the government once again in protest of the order

Deporting bright, enthusiastic families, workers and students hardly seems like an efficient way of making this a better place to live. A country once built by revolutionary immigrants has now denounced its founding belief and aims to keep innocent people from acquiring what everyone would like — a better life.

The same people making these decisions implicitly make it easier for businesses to reap the benefits of paying severely reduced and tax -free labor wages but forget these people risked everything to escape socio-economic turmoil, death.