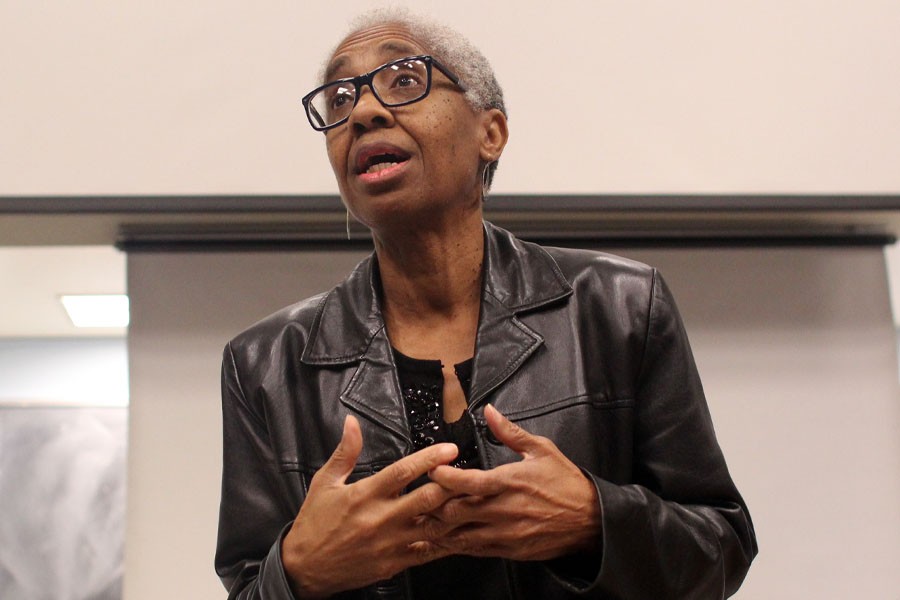 Applause erupted from LA-100 today at noon when District Chancellor Helen Benjamin announced that she and the Board of Governors selected Mojdeh Mehdizadeh to be Contra Costa College’s interim president.

Mehdizadeh was not on campus for the announcement because of her responsibilities as executive vice chancellor of education and technology at the District Office, but she said her six-month stint as CCC president will begin on Tuesday.

“I was surprised and thrilled to know that the chancellor and community have confidence in me,” she said. “I am excited to be working with wonderful people to improve the lives of our students.”

4CD President John Marquez said Mehdizadeh impressed him when he began working on the Governing Board four years ago.

“She is a bright person who has evolved by meeting with different students and college administrators across the state,” Marquez said.

Dr. Benjamin said the selection process began a few weeks ago. She said Mehdizadeh was chosen from a “short list” of candidates because of her close involvement with issues the district is in the process of addressing.

She said, “(Mehdizadeh) was taken totally by surprise. It’s one of those situations where you see more in somebody than they can see in themselves.”

She said Mehdizadeh was informed on Monday of the board’s decision.

“We need somebody who cares about this college, and cares about you and would pay attention to you and listen to you,” Benjamin told a room of about 30 faculty members. “And someone who understands this community.”

Academic Senate President Wayne Organ approached Benjamin after the announcement, grabbed her hand, kissed it and said, “God bless you.”

Benjamin said, “(Faculty) were more enthusiastic than she had anticipated about the news.”

Mehdizadeh and Benjamin both confirmed that they will be meeting later next week to discuss issues such as enrollment decline and budget allocations.