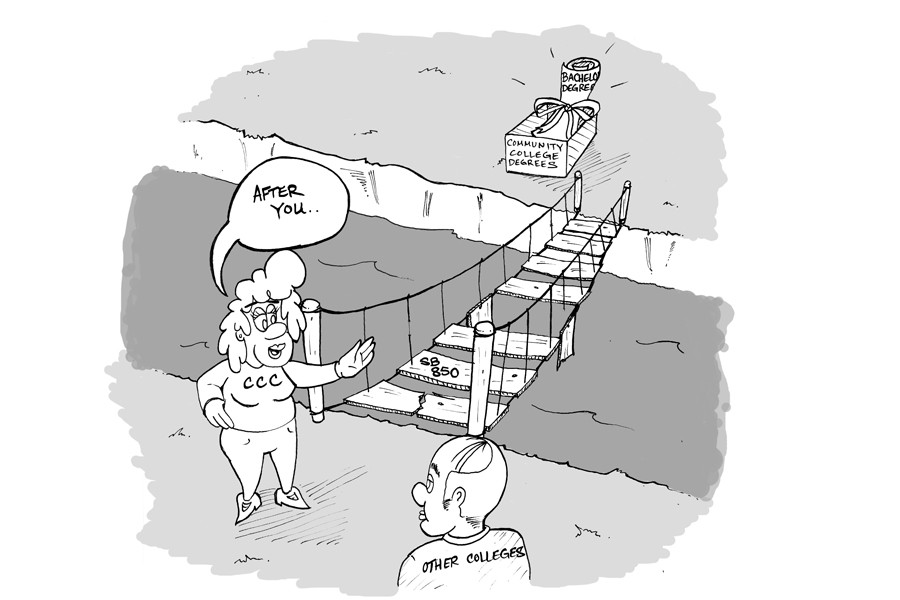 Contra Costa Community College District made an excellent decision to allow other colleges in the state to test how to manage a career technical education baccalaureate program before making the attempt.

It can be uneasy being the first to do something, especially if that means having to run and fund a four-year college program at a two-year college.

Senate Bill 850, signed into law in September, created a pilot program authorizing 15 California community colleges to offer a bachelor’s degree, provided each college meets the following criteria: a demonstrated local workforce needs to exist, the local universities cannot meet the need, and local community colleges must have the capacity to meet the need.

The economic benefits for Contra Costa College students and the surrounding cities may make it seem like something worth pursuing.

But given the unknowns surrounding how to manage payroll, determining which professors have the upper-division coursework credentials, and the current lack of spacious facilities to educate in during construction of the new Campus Center, The Advocate believes that the college made a very wise and prudent choice.

Extensive research is still required to gauge if there is a local workforce need, and if it would be competing with nearby CSUs or UCs. Also, the state Chancellor’s Office must approve of the changes and see that the college is capable of funding such an endeavor on its own.

In actuality, the entire workload to initiate these CTE pilot programs is staggering.

Of the 13 colleges that are currently on the list of those approved by the state Chancellor’s Office for these programs, the majority are a part of affluent districts in Southern California.

Our smaller district made a calculated decision to allow these larger, well-funded districts to be the guinea pigs, to put it bluntly.

Under SB 850, the four-year degree programs must be up and running by at least the 2017-18 academic year, but some districts can start as soon as this year, if capable.

For these districts with larger Full-Time Equivalent Student counts, it may be a reality to implement B.A. programs right away.

But as for the smaller, developing community colleges, waiting until the 2022-23 school year is more rational. It is better to let other colleges meander through the tall grass and wait until they reach the other side safely before we follow suit.

For now the district’s focus should be on the Student Success Act and the changes that come with those mandates.