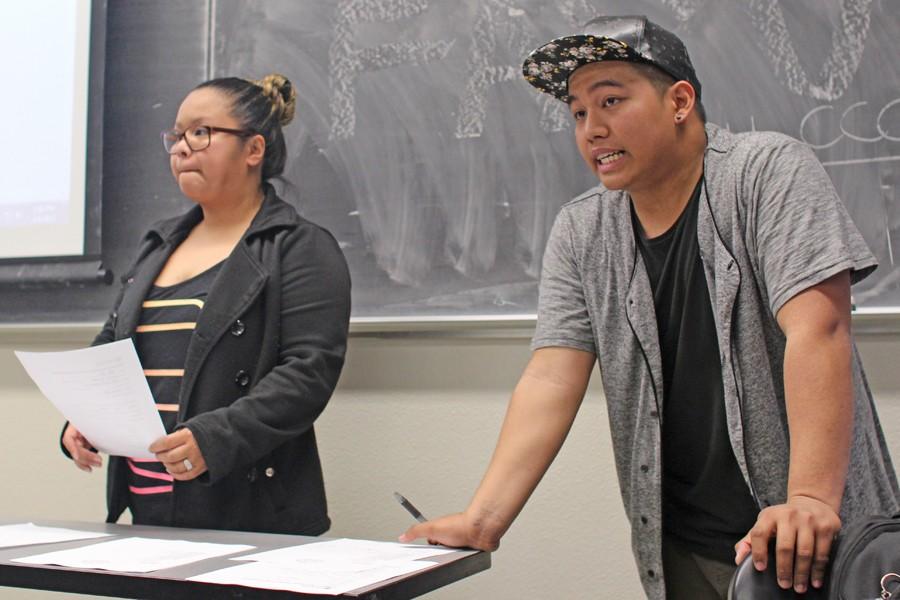 The Filipino Associated Student Union held its first meeting of the semester in LA-104 at 2 p.m. on Feb. 4 with plans of offering a new perspective to the Contra Costa College community.

Psychology major Guana said, “I feel both proud and excited about the genesis of the Filipinos club on campus.”

FASU boasts a long list of goals, which range from organizing a group vacation to the islands, to having a community on campus which honors the diversity of languages, backgrounds and philosophies that young Filipinos represent.

They plan on conducting a shadow day at UC Berkeley, which will match students with someone studying their intended major.

The club has plans to have workshops to help students with personal statements.

During the next meeting there will be a University of San Francisco instructor in attendance who will speak to club members.

Although there were eight people in attendance, they believe attendance will double in the coming months.

Guana said, “I am inspired to have a club like this because it’s not only to unify the Filipinos on the Contra Costa College campus, but to share more knowledge about the culture to everyone.

“It will be more work now, but more engaging and therefore meaningful,” he said.

Positions of president, treasurer, vice president and ICC representative are open for students who are interested in leadership roles for the club.

A partial list of characteristics that a future FASU president should possess are experience organizing students and events in a student club, vision, motivation, initiative, leadership and dependability.

Students interested in attending or learning more about the FASU should know that the club’s meetings are held every two weeks on Wednesday in LA-104 at 2 p.m.