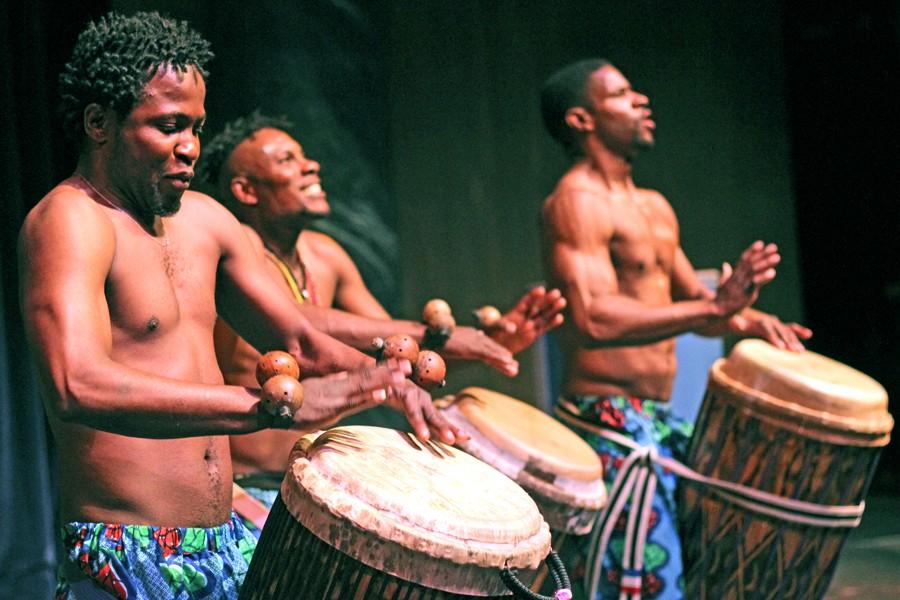 By Roxana Amparo and Robert Clinton

The annual African Heritage Month celebration took a necessary step forward this year, centering on the future of blacks in America rather than focusing solely on black culture and historical strides.

Black organizations and the quest for excellence in justice was the theme of the event, which largely centered on student involvement and activism, in the Knox Center Feb. 12.

The highlight of the evening was the explosion of sounds, colors and rhythmic movements that filled center stage.

Rather than simply perform for the audience made up of students and members of the campus community, dance instructor LaTonya Tigner encouraged audience participation and explained the power that lies behind African-rooted dance.

“Dance, as with other art forms, has sustained through many hardships and enabled us to hold on to traditions more than any other thing could have,” Tigner said.

“Blacks have used dance as a form of protest, to send communications, to train for battle, like capoeira or petwo, which was instrumental in fighting the Haitian revolution,” she said.

Aside from merely teaching the movements, Tigner said she wants to employ flex opportunities for teachers to use dance in their history curriculum to embrace dance as a reflection of life and society of a given era.

Former African-American Staff Association president Jim Taylor and current president, Athletic Director John Wade, spoke to the importance of student-led organizations and how the groups have been the catalyst of change in the Black community.

“It’s hard to get across to these students the amount of power they have because times have changed so much,” Wade said. “There are more outside influences and distractions. When we all lived in the same community, it was easier to educate young people about important issues, then we galvanized and took action. It is part of the difficulty in bridging the gap from past to present.”

The two reminded students of the San Francisco State strike and marches organized by Student Nonviolent Coordinating Committee throughout the Jim Crow south.

Black Student Union President DeAndre Russell said he wants to harness the club’s energy to pursue some of the societal ills reflected on campus.

“We have ideas in mind and there are a lot of issues to address,” Russell said. “For something to really work, it has to be something that all of the campus clubs can unite behind.”

Greene said, “I’ll support students in procuring any of the goods and services that they feel they deserve.”

The program consisted of inspirational pieces that encouraged the audience to step outside their comfort zone.

An impromptu dance lesson from Tigner brought audience members into the spotlight to learn the African origins of some modern dance moves.

Dance major Bridgette Lott said, “Dance is like poetry — it’s rhythmic, it’s melodic. It can be an escape. I lose myself in it sometimes.”

Kiazi Malonga and the Fua Dia Congo drum and dance performers did not disappoint with a rousing conclusion to the evening. They engaged the crowd with call and response numbers and filled the Knox Center with energy and percussive reverberations.

“The emotion in the African ancestral performances is ingrained in us,” Tigner said. “It’s part of our daily experience, expressing love, rebellion or even as a right of passage into adulthood.”

Greene said that even with a rich African history and access to endless information that is available, lasting interest is still a problem in the quest for excellence and justice.

Events like these in which the focus is on the future rather than the glory days may be a better way to motivate students to play an active role in their futures, she said.