Weighing the options of finding love 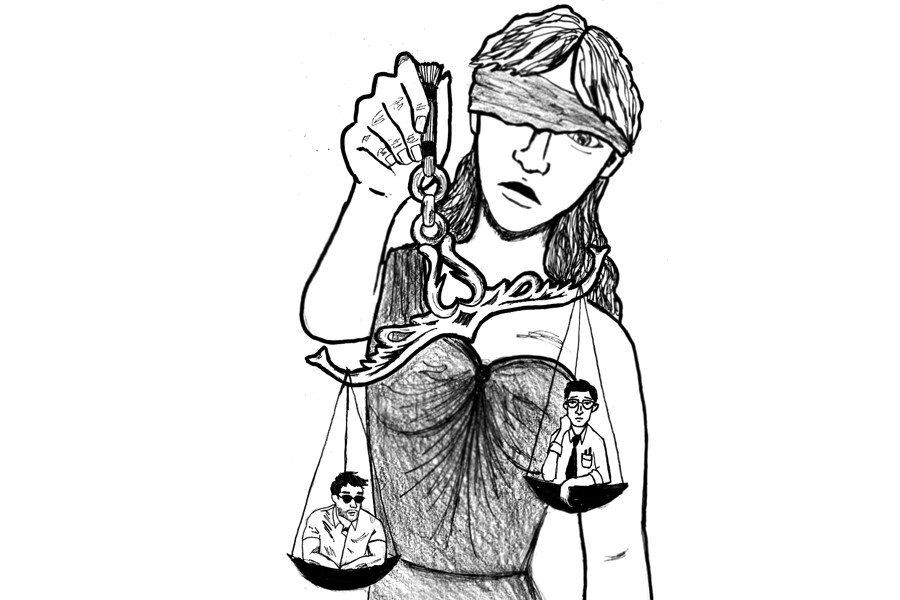 When a boy meets a girl and the interaction results in the exchange of contact information to discuss meeting up at a later date, there are many factors to be considered before initiating the next step.

Although there are some people who are opposed to the notion of the importance of physical attraction, it does have some place in our society, right?

Through the years, hearing stories of women being cat called or harassed by sexually driven men have become a normalcy. And no it is not OK to harass anyone, in particularly in a sexual manner. However, it is not always the cat callers, whistlers and “Aye yo baby” shouters who receive rolled eyes, sucked teeth and lip smacks all proceeding a rude rejection.

Hey, I know I look good. But ultimately, that is my opinion. Someone else may have a different one and that is fine. Yet, it is a crime to find someone physically attractive?

People have to start somewhere and knowing how interesting a person’s personality is is not something that one just kind of knows. It takes time, maybe even years before two people truly get to know, love and understand one another. However, there must be something that begins the connection. And in most cases the first attraction is physical.

Devendra Singh and Robert Young from the psychology department at the University of Texas released a report titled, “Body Weight, Waist-to-Hip ratio, Breast and Hips: Role in Judgments of Female Attractiveness and Desirability in Relationships.” Their statistics show that most men would rather have a relationship with a woman with a small waist-to-hip ratio as well as a healthy amount of other curves.

It is no secret that guys adore a curvaceous woman. On the flip side my recent personal experiences have me believing that women love curves as much as men. No I do not specifically mean lesbians, I mean the women who love an athletically built man with a clean shave and a haircut.

For six months or so I went without a haircut. While some liked the “look” most, women especially, turned their noses to my seemingly lack of hygiene. I took showers, washed my clothes and brushed my teeth. But other than washing it, the only type of styling or grooming I did was a few runs through my scalp with my fingers every morning.

In 2011 I got into the best shape of my life, and sported a six-pack for the first time in my life after completing P90X. Since about a year afterward I stopped working out. Yes, I still got some action from the ladies, but it was only after a recent month of exercise and a haircut that I became a hot commodity.

Whether it’s unwanted looks from teenage girls in riding by in the passenger side of their mom’s van, or nearly 40-year-old French women texting my phone, the curse of a baby-face still joyfully haunts me.

Working as a substitute teacher at high schools would be fine if I didn’t get mistaken for a student by teachers and students, while having to constantly deal with inappropriate student comments and rude faculty members.

I’ll take the beard and the Afro. After all, I am still the same person inside right? Beauty is only skin deep and fades with time so is it that important? In the bigger picture it is minuscule—if there were one man and one woman remaining on earth, no matter how fat he is, or how “ugly” she is the fate of our race would depend on them and he would bang her. She would reproduce and we would have hope for humanity.

But as long as there are billions of us, I guess we will just do what humans tend to do when there is an ample buffet of prime sustenance around — pick the one that tastes the best to us, or in this case, looks the best to us.