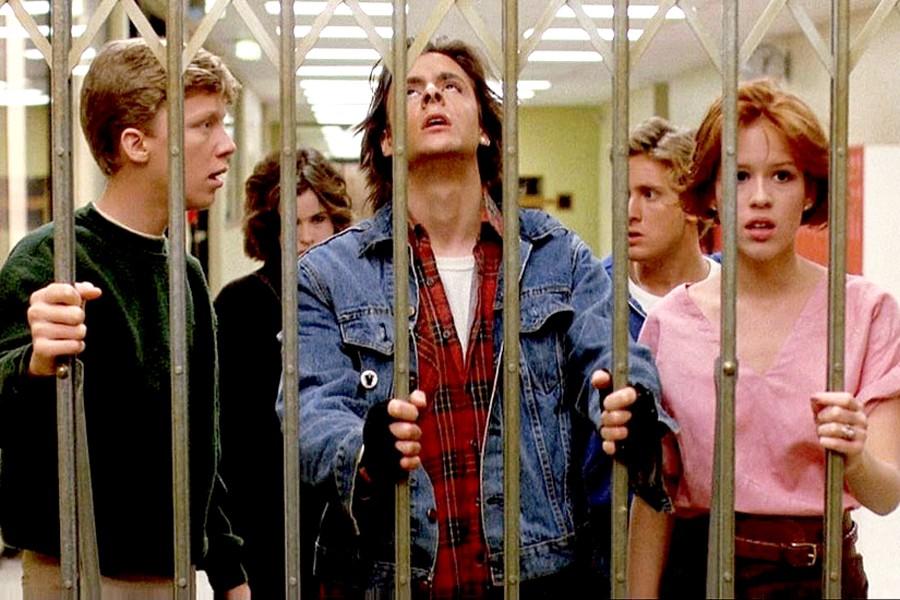 They say breakfast is good for you, but what if someone told you joining a breakfast club would enhance your mornings and life in general?

This spring has marked 30 years since director John Hughes embraced all of us with a lifestyle close to that of which each of us grew up around.

Demanding parents, smoking marijuana, an evil principal, mandatory detentions after bad decisions, bad boys and pretty girls walking around on a dead Saturday morning  on a high school campus depicted in the film, “The Breakfast Club,” reminds us of a lost treasure in cinema.

“The Breakfast Club” is a brilliant satire for people associated with education and contemporary issues surrounding both female and male adolescents.

It takes us back to a place in our lives that most people miss and definitely remember — our teenage years.

These are arguably some of the most awkward years of our lives, yet the film creates an enjoyable feature with music, love and great storytelling.

There is no denying the impact that filmmaker John Hughes made in the 1980s and early 1990s.

“Ferris Bueller’s Day Off,” “National Lampoon’s: Christmas Vacation” and “Home Alone” are a few examples of films that moviegoers, and critics, accepted with their hearts in the late 20th century.

“The Breakfast Club” did the same and Hughes gave Emilio Estevez, Judd Nelson, Ally Sheedy, Molly Ringwald, Paul Gleason and Anthony Michael Hall all the time of their lives while making them household names in the United States.

If you watched the movie then, you remember the cheers, cries and funny moments.

However, if you have not seen the 1985 film, then let us stroll down Hollywood Boulevard and walk through the fictitious campus known as Shermer High School.

Five teenagers find themselves stuck in detention one early Saturday morning with Principal Richard Vernon (Gleason), who hates his job and is a master in disciplining teenagers.

Wearing a tacky grey three-piece suit, Principal Vernon is more like vermin and he begins that morning by setting the ground rules for the group’s confinement in a huge library that would make any Contra Costa College alumnus jealous.

Vernon demands a 1,000-word essay at 7:06 a.m., expecting a collegiate-level essay by the end of the day from Claire (Ringwald), Allison (Sheedy), Brian (Michael Hall), Andrew (Estevez) and rebel John Bender (Nelson). This is to be done without using the resources around them, which comes to fruition later on in the film.

Mr. Bender, as Vernon refers to him, is the bad-ass around Shermer High and truly makes the movie watchable with his clever, potty mouthed comebacks to Principal Vernon and his careless, rebellious demeanor. John, with his black crusty untied boots, cut off gloves and Freddy Krueger-like flannel, is the first glimpse we get at what is really wrong with middle-America and what happens when children go wrong.

Andrew is the All-American student-athlete who lives with high expectations from his father and the heavy burden of not wanting to disappoint him. But he is a sports junky nonetheless.

Andrew is a sports jock who comes with a lunch that is capable of feeding two grown men.

Then there is Allison, the pale, “Gothic style” chick who eats pixie stick sandwiches during lunch with a warm soda — yeah pump up the sugar baby.

And for every girl who hides her pretty face behind dark makeup with hair bangs covering half her face like Allison, there are divas like Claire.

Claire is a “bad one” as society would deem today, with big eyes, nice hair and a reputation at school for not being a virgin.

There are many memorable moments in this classic film. However, there are certain realistic scenes that will really stick out to audience members who would say, “Yeah, that’s true.”

There is the gun scene, a serious moment in the film, until John, Andrew, Claire and Allison bust out laughing telling Brian it isn’t real. They then tell him to ease the pain with some California weed that John carries in his trench coat.

After all the “bullshit,” Jon decides to spark up a joint in the two-story library with Principal Vernon long gone in his office talking to himself.

There is some hesitation from the other four students at first, especially Andrew, who would end up having the most fun in a steroid-antic dancing tantrum in one of the library rooms to, “I’m The Dude,” by Keith Forsey.

Everyone dances, throws stuff around and Brian is wearing a pair of black “locs” while smoking that even make white kids look cool.

There is a moment in the movie when the teens have their own jail break and decide to go on a little run around campus after growing tired of Vernon’s dictatorship.

They end up running into locked doors around campus and spot Vernon heading back to the library.

John, who does not care for people in authority, is willing to take the blame and forces Vernon to chase him around campus with Wang Chung’s “Fire In The Twilight” playing in the background. This allows for the group to get back safely to the library.

John can take the heat. After all, he is used to it and digs daggers right back into the eyes of Principal Vernon as he is placed in a small room similar to a jail cell.

Or how about the scene when all the teens sit around and get a chance to talk among themselves about who they really are and why they do what they do. That truly proves this is as real as it gets in society — especially with John’s passionate, detailed relationship with his father.

Domestic violence should never be tolerated and John is the product of what broken homes can do to any child and their families.

Some scenes like this one are really serious, but the balance Hughes manages between dialogue is why this movie runs so smoothly.

Plus the soundtrack for the movie “The Breakfast Club,” and the cult classic single, “Don’t You (Forget About Me),” by Simple Minds, has this movie not missing a beat.

The movie has a little bit of everything for everyone of all generations and if the final scene where they finish the long day of hell in their young lives does not show that anything is possible, then probably we have seen it all.

But if the bad boy can get the good girl in the end, then I guess there is a chance for all of us out there.