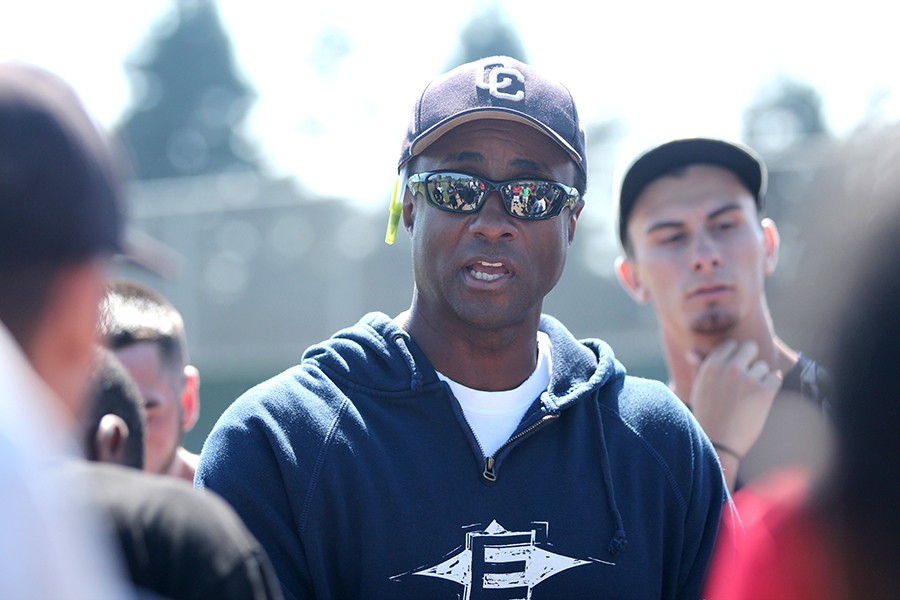 Then assistant coach, and friend Brian Guinn will be replacing Webb as Comet coach.

Judging by Webb’s record over the last 15 years, only one season above .500 in conference play and eight years with single digit wins, it was clear that a change in direction was drawing near.

Especially following a 2015 season that saw the Comets finish 6-29.

“We have a new season coming and we wanted to go in a new direction,” Wade said. “When Laney College lost 17 in a row mid-season and we still finished at the bottom of the conference — it was clear that changes had to be made.”

Laney did better than the Comets during preseason, but as the conference play got underway so did the Laney’s losing streak.

CCC split its first six games and the Eagles losses presented a perfect opportunity for the Comets to make up ground.

Rather than capitalize on the BVC rival collapse, Webb led the team to only one more win for the rest of the season, finishing 4-20 in conference and at the bottom of the standings.

Still Webb took the news as a shock.

He blamed the futile 2015 season on injuries and players that slipped below eligibility. Also, the coach held on equal par with winning, the positive difference he made in the lives of some of his young players.

Yet tallying fewer than 20 wins overall and fewer than 15 wins in conference over the last three years almost necessitates change or risk the program fading further into obscurity.

“It feels like it has been since the late 80s, that baseball has been considered a winning program here,” Wade said. “But we have to start somewhere.”

“The standard has to rise,” Guinn said. “We are working to establish a culture and a standard for consistent good play.”

Drafted in 1983, he played for three minor league teams and was voted to three all-star games over the course of his career.

Guinn also worked as a scout for the Arizona Diamondbacks from 2000 until 2005 evaluating and recruiting talent from a pool of 250 Northern California high schools.

Following his scouting career, he served as head coach at The Academy of Art College of its NCAA Division II baseball team. His record was not much better than Webb’s however. Guinn finished his last season at ACA with a 8-42 record.

“There is more depth (at CCC),” he said. “(At ACA) there were different academic restrictions that didn’t allow us to recruit a lot of (community college) players.

“It limited us— but there is a different type of student athlete here, who are more talented and deal with less restrictions by the governing body.”

On campus, baseball seems to have received a shot of adrenaline. Players run the track and use the weight room—a task that seemed almost voluntary last season.

CCC outfielder Rome Watson said, “Players who were here last year have bought into the new system. We have different training routines, and the coaches are serious and engaged.”

Taking over a team that had only one winning season in the last 15 years (2005) and finished 18-18 overall and 16-12 in the BVC, the bar that measures progress is in no way insurmountable. Yet, Guinn says he holds himself to a higher standard.