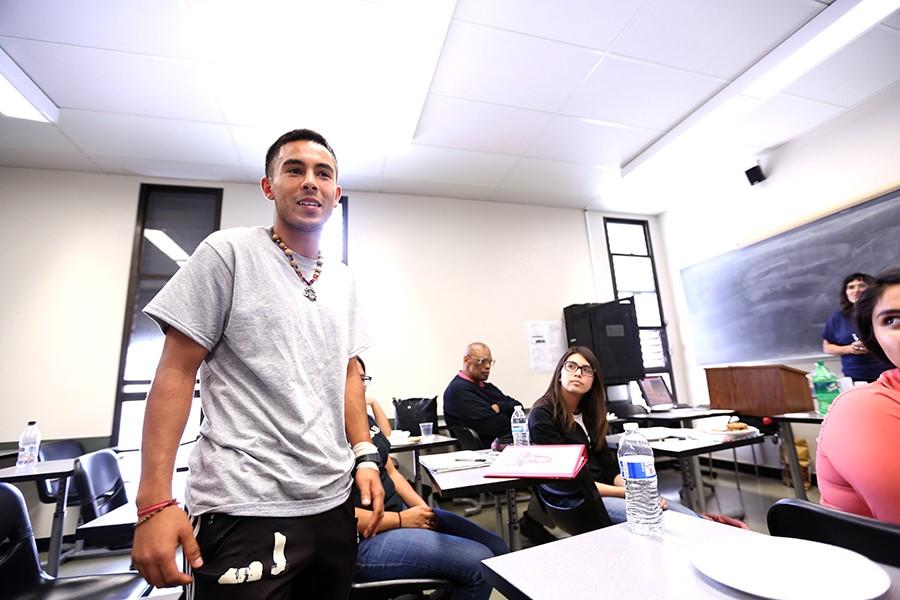 The two meetings provided information about the new club to prospective members and officers.

COPA is a political science club that desires to educate the campus community about the role of politics in the collegiate, residential, and political community.

Political science assistant professor Vanna Gonzalez said, “I want students to really develop those skills to not only get involved but to be leaders of different movements. Whether it be getting into the pipeline of politics or doing advocacy outside of that pipeline.”

COPA is advised by Dr. Gonzalez, a political science instructor who taught for nine years at Arizona State University and began teaching at Contra Costa College in the spring 2015 semester.

The club is also advised by Leonard McNeil, a CCC political science instructor and former mayor of San Pablo.

Professor McNeil was the co-founder of the Black Student Union at Fresno State University and has been politically active since 1968.

COPA will hold monthly meetings but times and dates are yet to be determined.

Potential officers must self-nominate and prepare a written statement on why they want the position and why they feel they’re qualified for the position.

One semester experience as a student and a one-year commitment is preferred but not required.

Dr. Gonzalez said despite all the difficulties in creating community they will see the rewards in the effort it takes to do so.

Professor McNeil said, “People can begin to see how politics affects people’s lives in different kinds of ways. I want to play a role in empowering people with skills so that they can do advocacy.”

COPA plans to educate students and the larger community about social issues, voting, and how to get involved in community and political activism.

The club will also give students the opportunity to exercise their rights and participate in activism.

Dr. Gonzales said the club can be a central force on and off campus.

“If we can create a board that represents different kind of communities so that they have a voice, those leaders can come together and find something that everybody can get behind.”

If students have any questions or concerns, they can contact Dr. Gonzalez by email at [email protected]